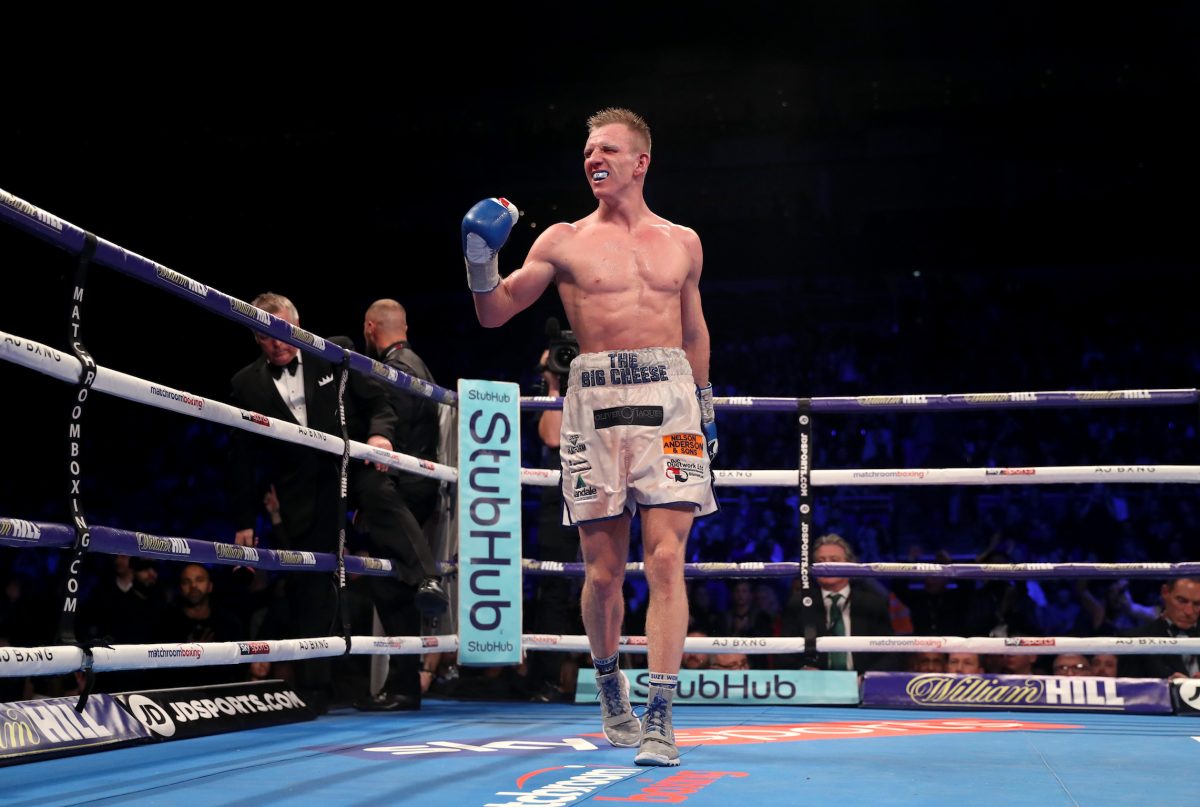 Ted Cheeseman will defend his WBA International super-welterweight title against Paul Upton in the latest instalment of the JDNXTGEN series at York Hall, Bethnal Green on Wednesday June 6.

Cheeseman landed the title in February as he stepped up in class against American dangerman Carson Jones at Greenwich’s O2 Arena, widely outpointing the Oklahoma native who had given Kell Brook and Brian Rose torrid times in his previous visits.

That victory took Cheeseman to 13-0 with eight wins inside the distance, and the 22-year-old makes his first defence against a fellow unbeaten man in Upton.

The 29-year-old Romford-based Irishman is in his second title fight having stopped Terry Maughan in April 2016 to land the Irish strap and he will aim to seize a golden opportunity to take Cheeseman’s title and end his unbeaten run, but the champion believes he’s on the cusp of massive fights in the second half of the year, providing he defeats Upton.

“There’s a lot of big fights out there and it’s all about risk and reward,” said Cheeseman. “I’ve got a great team around me and I know that they’ll make the right decisions. I’m 22, I’ve got to walk before I can run but obviously I am going to grab every opportunity put in front of me.

“Paul is an unbeaten fighter and this is a massive chance for him on Sky Sports, but I am on a high right now and I want to carry that on.

“The Jones fight was a career-changer for me. I had to be switched on and I knew that beating him would bring bigger fighters and more opportunities. I took risks against him because boxing is an entertainment business and that’s what I want to do, I want to get the fans behind me and become a household name.

“Everyone who fights Carson has a tough time with him the first time they fight so I knew what I had to do. I could have made it easier but Carson was the perfect opponent to show that I am tough, I can take a shot and I can rough it with the best. I showed everything against him and felt really good and it was a class performance.

“I outmanned the man. He’s a bully in the ring but I toughed it out in the first few rounds to outman him and wear him down. Once I got through those early rounds and bullied him, I got to my boxing and boxed his head off. He had some little spells and he’s a tough fighter, he’s been in with good fighters but I showed that I can mix it at a higher level, I showed I can fight, box and I showed toughness.”

Cheeseman’s clash with Upton is part of a big night of action in the east London boxing mecca as Lawrence Okolie and Luke Watkins clash for the Commonwealth and WBA Continental cruiserweight titles.

The show will be live on Sky Sports.

Face value tickets for June 6 are available from http://www.stubhub.co.uk/matchroom-boxing-tickets/. StubHub is the official ticket partner and marketplace of Matchroom Boxing and Anthony Joshua.