Lee Bowyer has developed plenty of players since taking charge at Charlton Athletic – what he’d love now is to be able to go out and actually spend some serious money for the first time.

The Addicks manager, 43, has never been in that position since he was appointed in 2018.
But he has still had success.

Not just gaining promotion to the Championship in his first full season in charge. Not just becoming the Charlton boss to reach 100 points the quickest since the 1981-82 season. Not just being nominated seven times for the Manager of the Month award, winning two of them.

Bowyer and his backroom team have also made players better.

Sometimes that has been loan players. But that also includes revitalising the SE7 fortunes of Karlan Grant and development of Joe Aribo, who joined Huddersfield and Rangers respectively.

But rather than the challenge facing Bowyer getting easier, it has got tougher. Charlton have been under a transfer embargo since January – sanctions taken by the EFL due to their shambolic ownership situation.

“We’ve brought in about £8million to the club while I’ve been in charge and spent just over £200,000 on Macauley Bonne,” said the Addicks chief. “And he is another project for us. If we ever sold him it would be for a lot more than £200,000, I can assure you. 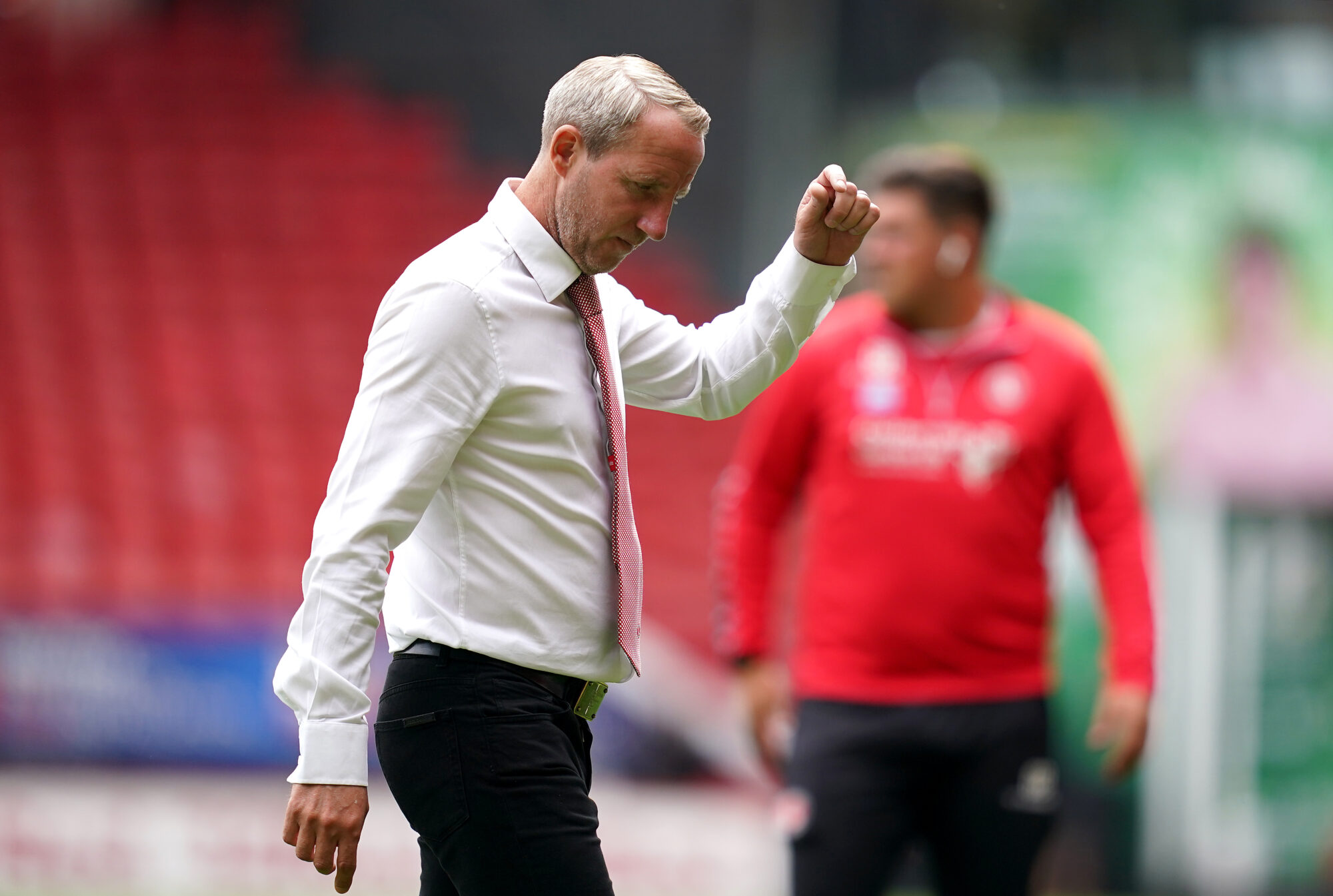 “Joe was a bit-part sub when I took over. Karlan had been sent on loan to Crawley – within six months he went to the Premier League. Lyle Taylor was a bottom League One striker and we turned down £4m for him and now he’s playing for a big club in Nottingham Forest.

“Krystian Bielik [who they had on loan from Arsenal] went to Derby for £10m. Josh Cullen [who had two loan spells from West Ham] became a full Irish international in the time he was with us.

“Dillon [Phillips] and Alfie Doughty have both come through to be starting players under me and we’ve turned down offers for both.

“I would like to have some of that money, of course I would. If you are going to sell players on – which we do and I understand that – you have to spend some of that if you want to stay in the division you’re in or get out of one.

“But that hasn’t been the way it has been since I’ve been here.

“It’s frustrating. I just want to be successful and if you keep losing your best players you can only cope with that for so long. There comes a point when it catches up with you.

“The one thing we as a group can hold our heads up about is that we’ve developed every single player – even someone like Darren Pratley, who is 33, has improved loads and will say that himself.”

It would take too long here to chronicle the saga over the club’s ownership. There has been hope of a brighter future – just look at the euphoria which greeted East Street Investments in January. Now wealthy Danish businessman Thomas Sandgaard is seen as the potential saviour.

“I have to do that – I ain’t got the time to be worrying about what is going on behind the scenes,” he said. “I’ve got to try, somehow, to put a team together that can not embarrass us as a football club. 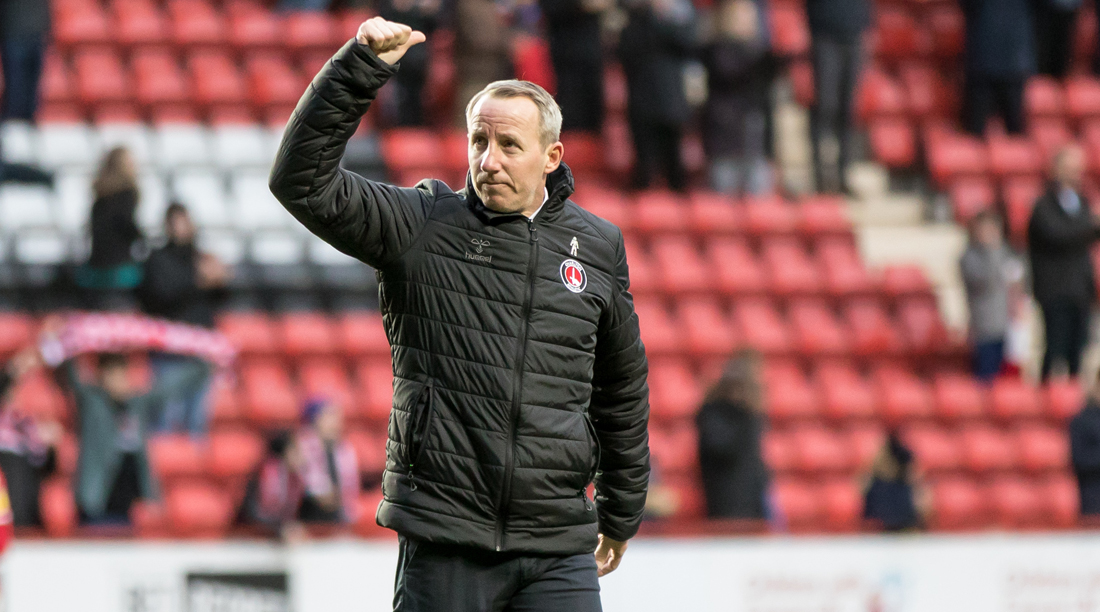 “If someone does eventually come in then we have to rebuild. There are so many things that need fixing behind the scenes and on the field if we want to start competing. Because the state we are in is not good. We can’t sign players – we have to get rid of one before we get one.

“Dylan was one that was ready to go and for that amount of money we would have been silly not to do that and then someone else takes him.

“It’s alright people saying: ‘Let one go’ but you can’t because it makes you weaker again.”

Charlton’s embargo means they also cannot offer wages of more than £1,300 a week – £700 less than the salary cap recently voted in by League One clubs.

Adam Matthews had still been training with the Addicks and featured in pre-season as he hoped to re-sign, but the right-back has left to assess his options.

“As soon as this embargo is lifted we have got defenders lined up to replace Tom, Naby Sarr and maybe Adam. But they are all more than £1,300 – the only ones that would be at that level are loans.”

What other clubs at the level have been able to do is make signings before the salary cap came in.

It means that anyone on a contract before that only counts as earning £2,000 a week – even if their salary is double, triple or quadruple that.  Charlton were also looking to beat the deadline of the vote – which took effect immediately.

Bowyer reels off the clubs he believes will be at the top of the table.

“It is going to be the teams up there last year – because no-one has been able to close the gap on them,” he said. “Fleetwood, Blackpool, Oxford, Sunderland, Peterborough and Portsmouth.

“I don’t know how Wigan will go because financially they’ve been in trouble. Hull will be up there because they’ve kept a lot and improved as well before the cap came in.

“I’ve just named eight teams that are all strong and unfortunately for us we’re not in the same category.

“People will say that I’m just playing it down but look at the facts  and you’ll see that ain’t the case. We lost 12 players and at the moment we’ve replaced three, we’re under restrictions and we can’t go over the cap now.”

Some of Bowyer’s building work on his squad happened late when they went up via the play-offs.

So how does he contrast then with now – as they kick things off at Crewe tomorrow?

“We’re behind on that,” he said. “Then our front two was Lyle Taylor and Karlan Grant when we went to Sunderland. We’re not at that at the moment.

“Defensively we were solid. It was only really the middle of the park we strengthened – we brought Bielik and Cullen in.

“That’s where we’re strongest now – the middle of the park. And we’ve got another midfielder lined up who is a very good player, but again he’s not fitting into the £1,300 bracket. We’ll have to wait for that one.

“I know the defensive situation I’m going into on Saturday and I don’t like it. But there is nothing I can do about it. If I could, I would – trust me.

“I’d rather be going into it with a solid back four and good goalkeeper and be a bit weaker in other positions, but that’s not the case.

“That’s why we’ve been trying to do things behind the scenes but we’re getting nothing. Just barriers every which way that we turn.

“We need to be patient until the embargo is lifted – no-one more so than me. It’s killing me, because we start on Saturday.”