Now that everyone is allowed out, al fresco entertainment is all the rage this summer.

The good weather looks here to stay and you’re no one if you haven’t socialised on one of London’s many rooftop locations.

The latest to open on Sunday is Big Mike’s Rooftop Lime at Boxpark Croydon.

Big Mike Springer, chef and proprietor of Bajan restaurant Big Mike’s Calypso Kitchen, also located at Boxpark Croydon, takes over the Terrace for most Sundays over the summer.

His goal is as he says: “To bring a small taste of Barbados and a big taste of the Caribbean to Croydon.”

For those unfamiliar with the term, in the Caribbean, a lime is a gathering of friends, socialising, eating, drinking, and above all, relaxing.

It’s all about having fun, listening to music and dancing, too. 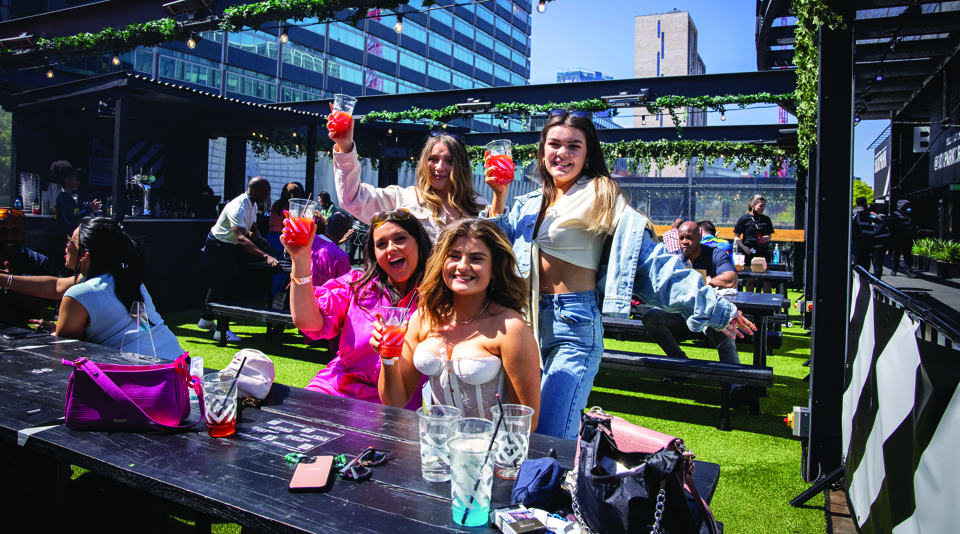 Big Mike’s weekly residency of the Terrace sees him take to his home-from-home, the barbecue grill, bringing some of firm favourites, already served in the restaurant, and some new dishes, like the Eurostacker.

Expect everything you could ever possibly want on a skewer.

Called the Eurostacker because it’s the perfect snack for the tournament, it’s a heck of a hearty lunch, including Caribbean spiced sausage, a beef patty, a slice of peppered belly pork, a leg of jerk chicken, served with lashings of Big Mike’s Jerk & Twerk sauce, barbecue sauce or as Big Mike describes it, “naked.”

This means no sauce, allowing the meat to do all the talking.

There’s plenty of veggie and vegan options too, including his famous vegan ‘chicken’ bites, made with jack fruit. 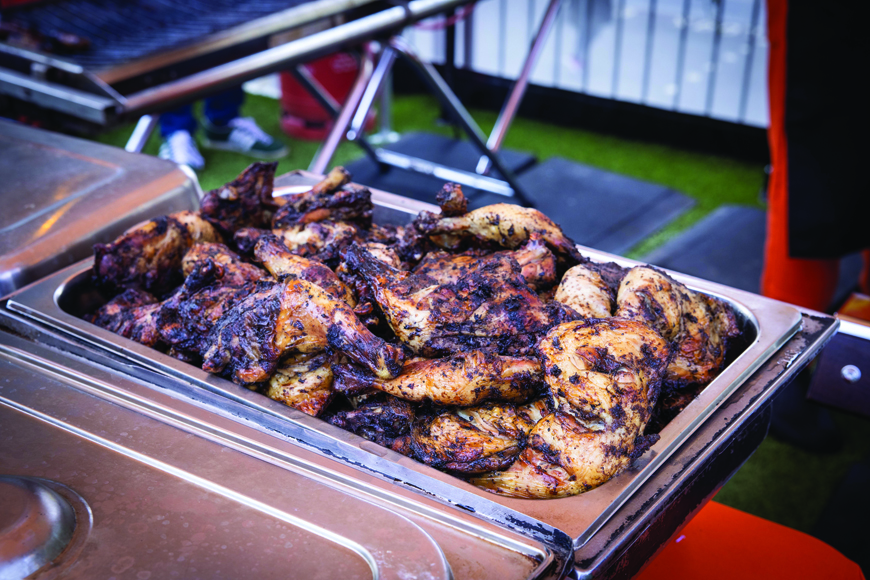 Big Mike promises his menu will transport you to Barbados – if it doesn’t he’ll take you there himself. “This might sound like a bold claim, but all those who attend Big Mike’s Rooftop Lime will be in with a chance to win a trip of a lifetime to the beautiful island. Prize includes flights and accommodation for four people.

More details at www.bigmikesck.com from June 6.

Big Mike’s Rooftop Lime opens from noon until 8pm on the following dates:

Book via Eventbrite to avoid disappointment.

Food can be ordered via the Boxpark Croydon ap at the event.

Open daily for collection, delivery, and dine in.