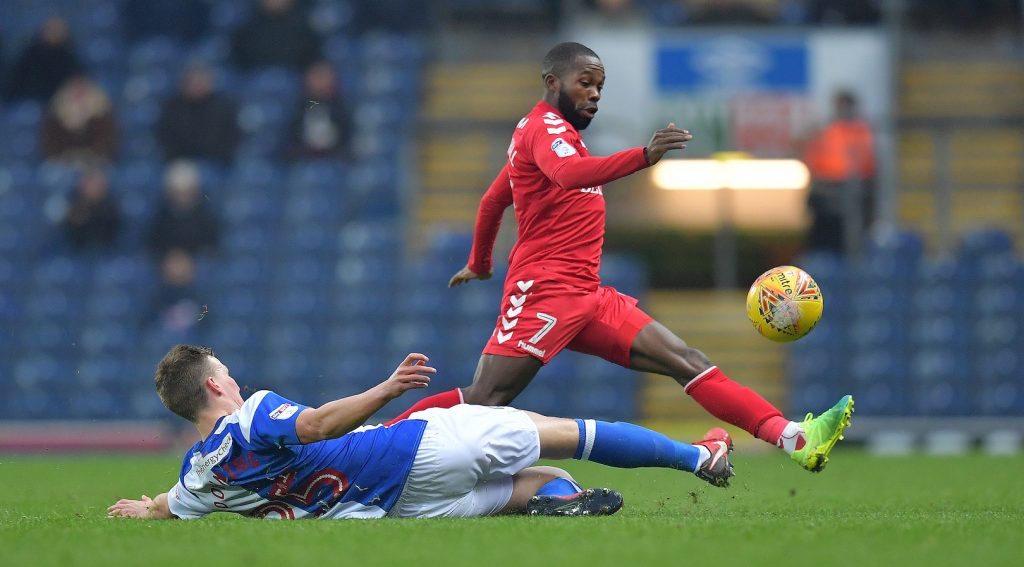 Substitute Leon Best headed into his own net midway through the first-half, and despite a spirited display in the second-period, the Addicks were finished off by Danny Graham in added time.

Josh Magennis was off-target with a speculative long-range effort in the opening minute, with former Gillingham-man Bradley Dack unable to get a proper connection on a dangerous ball into box at the other end moments later as the game began evenly.

Patient build-up play down the left-hand side from the Addicks presented Billy Clarke a chance on the edge of the area, but the Irishman blazed over following Ben Reeves’ lay-off.

Ezri Konsa was let off the hook after a misplaced header led to a Rovers break, with Dack once again unable to convert in the middle, this time from Marcus Antonsson’s delivery – before Charlton were dealt yet another injury blow.

Ricky Holmes was ruled out for today’s game and was soon joined on the injury list by Clarke – who was forced off midway through the first-half. Best came on as his replacement and promptly opened the scoring – but in his own net.

The former-Rovers man glanced a Charlie Mulgrew free-kick pass Addicks keeper Ben Amos, who was left completely stranded as the South Londoners conceded a second own-goal in as many games.

Derrick Williams should have doubled Tony Mowbray’s side’s advantage but somehow failed to hit the target from three yards out as a corner was flicked-on in the danger area, and he was nearly punished on the stroke of half-time.

Best, looking to atone for his part in the opening goal, squared for Reeves inside the Rovers area but the midfielders’ finish was tame and easily held by David Raya in the home goal.

Reeves came close again after the interval, denied as Raya dived low to his right to parry a curling effort, with Best offside as he tried to poke the rebound home.

Charlton were on top all of a sudden, with Reeves soon denied again from a tight angle following a succession of Addicks corners.

Mark Marshall curled a free-kick over the bar as the visitors kept searching for a way back into the contest, but were nearly dealt a killer blow on the counter with fifteen minutes left – but Craig Conway dragged across the face of goal.

Jake Forster-Caksey couldn’t get enough behind a half-volley from the edge of the area, with Raya holding onto it comfortably, before Best soon headed a Reeves cross over the bar following a good run from Joe Aribo.

But Charlton couldn’t find a way through and Graham’s late close-range header killed the contest off and extended the hosts’ league winning-run to six games.