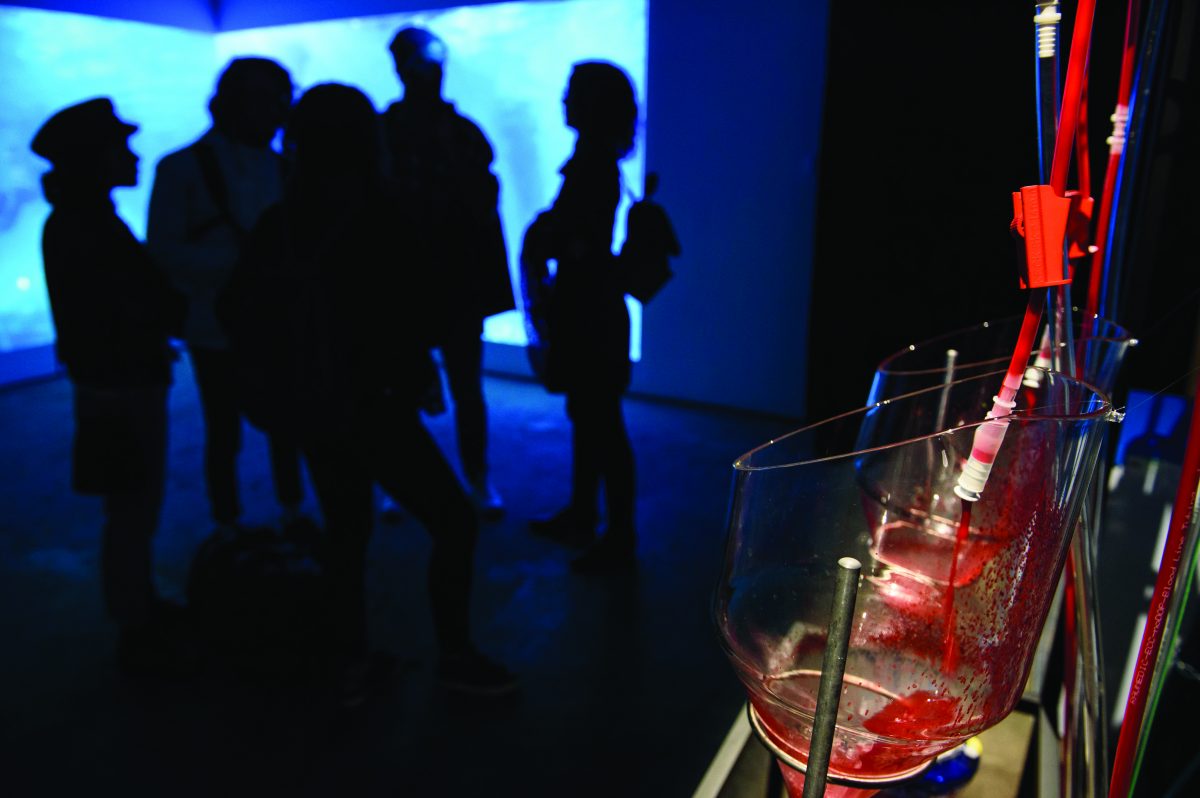 Give 100 per cent in everything, they say.

That’s fine as long as it’s not blood. Some people, though, have happily donated an armful of their precious life-giving liquid to help others – only to be told it is not wanted. Some men have made a protest about their blood being banned by handing it over to feature in an exhibition.

The show, named Blood Equality, at the Copeland Gallery, Peckham, makes a statement about nature of the ban on blood donation from LGBT groups, saying that it is based on stigma rather than science.

Artist Jordan Eagles was given blood donations by nine men which would have been wasted under current rules. Gay men used to be banned outright from donating blood out of fear of infection, but in 2011 they were allowed to donate after 12 months of celibacy.

Further rule changes which will take effect in early 2018 will allow gay men to donate blood after only three months of celibacy. Eagles usually uses blood from slaughterhouses and encases it in resin to preserve it so it keeps its colour and texture.

He is one of the founding collaborators of the Blood Equality campaign and uses it to address issues about death, the body, and regeneration as well as faith and science.

He said: “The idea of taking something that was once living and creating work out of it makes the material regenerate and vibrate a kind of psychic energy. “It’s about the peaceful giving of one’s blood, that it can be used for live-saving purposes, not about death or disease, but the ability to save a life.

“Most people don’t usually see blood, but it’s always present, but seen primarily in moments of injury, or for women during menstruation. What is interesting about the material is that it is so relevant in many ways.”

Blood Equality is part of Blood:Life Uncut, a larger exhibition organised by the Science Gallery at King’s College London.

Doctor Daniel Glaser, director of the Science Gallery, said, “You can’t understand blood just as a scientific issue or medical issue. To get to the bottom of blood you have to also see it as a cultural issue.”

The exhibition runs until November 1 with free entry for the public.