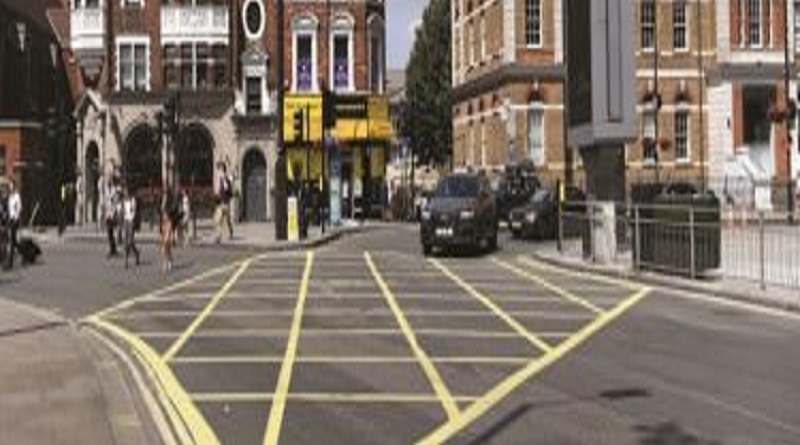 The dreaded yellow box junction can catch out even the best of drivers.

Since 2016 Wandsworth council has made more than £1.7million in fines from cameras at its junctions, including more than £735,000 at the junction between Putney High Street and Lacey Road in 2018 alone.

In fact, the top earning junctions were all in Putney High Street.

The Putney High Street/Lacey Road junction is also the top earner for the council in 2019 so far, raking in more than £200,000 from nearly 5,000 penalty charge notices.

However, this is nowhere near the bumper number of fines issued in 2018, which totalled nearly 15,500, and brought in more than £1million for the council.

Across London, the penalty charge notice for yellow box junctions is currently £130, but this is reduced to £65 if paid within 14 days.

The distinctive yellow markings are there to remind drivers to keep the junction clear for through traffic to avoid jams and keep the space free for fire engines to exit stations. However, they can be hard to avoid when a car cuts in and leaves you sitting in the box.

A spokesman for Wandsworth council said: “The fines imposed in these cases are for drivers who have needlessly blocked key junctions, caused obstructions and created extra congestion, delays and inconvenience for other road users.

“By law all the revenue raised must be spent on transport-related services such as repairing potholes, funding free bus passes and taxicards for pensioners and disabled people and also on the costs of transporting vulnerable and disabled children with special educational needs to and from school.

“Many boroughs in London use cameras that automatically issue tickets to drivers.

“Our approach is different. In Wandsworth the footage is examined by a member of staff who makes a common sense judgement on whether an offence has been committed before a PCN is issued.”