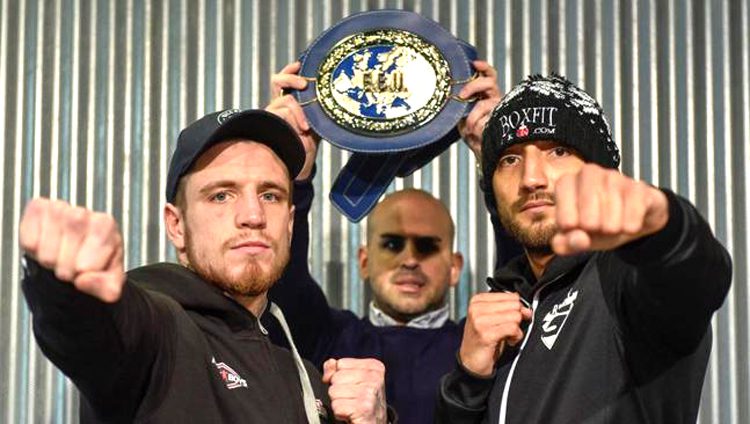 Bradley Skeete is hoping to win the European welterweight title this month and then step up his pursuit of a shot at one of the world champions.

The Penge puncher, who boxed as an amateur for Earlsfield ABC, holds the British belt and won a Lonsdale version of the strap to keep outright after three successful defences.

Skeete, who boasts a 27-1 record, has been left frustrated by a high-profile clash with Jeff Horn collapsing and has not boxed since July.

The Tooting-born boxer, 30, is back in action on April 28 as he takes on Kerman Lejarraga for the vacant European title in the Spaniard’s home city of Bilbao.

Lejarraga has a perfect fight ledger of 24 victories with 19 of those knockouts. The most high-profile victim is a fourth-round stoppage of Denton Vassell in 2016.

“No disrespect to Vassell but he was at the end of his career and had already been beaten by Frankie Gavin and Sam Eggington,” said Skeete. “I’m not really looking at his record too much. But he is unbeaten and you have got to respect that. “With 19 knockouts he can obviously whack but I don’t feel he has mixed at the level I have. I’ve seen some of his fights on YouTube and his style is made for me – he is short, stocky and comes forward in straight lines looking for power punches and big hooks.

“I’m big for the weight, a nice and tall counterpuncher. I’m fighting away from home for the first time, but I doubt it will be the last.”

Skeete had been lined up to face WBO world champion Horn but the Australian – who beat ring legend Manny Pacquiao last year – eventually opted for Gary Corcoran, another Brit. Next up for the Brisbane man is a showdown with leading American Terence Crawford in June.

“After the Horn fight fell through it has been a bit of a nightmare,” said Skeete. “I’ve said before that I felt I was beyond European level, because Eggington held it and I have already beaten him comfortably. I wanted meaningful fights – I have got good rankings with a lot of the world governing bodies.

“I’m at a stage of my career where I have got to take this opportunity. It has been so frustrating. After winning the British title outright I thought my career was really going to crack on. I wanted to prove why I am high up in the world rankings, and get my shot at a title.

“I got told ‘be patient, be patient’ but patience is only there for so long before it starts to wear away. He [Lejarraga] is ranked sixth by the WBA and at our press conference he was talking about fighting [Lucas Martin] Matthysse [WBA champion]. Matthysse is fighting Pacquiao [in July] so the winner of that could be next.

“The Horn fight would have been perfect for me. If you like at the elite champions in this division – Errol Spence Junior and Keith Thurman – Horn has the WBO and is the weakest link of all of them.

“I would have gone out to Australia and got the job done. But him and his team had second thoughts.

“We agreed all the terms and we were waiting for the contract to come over to be signed and they looked elsewhere. Now he is going to have a mega-fight against Crawford and I could’ve been in that position. But this is boxing, these things happen. I’ve got to control that frustration. I’ve got a fight now, so I can’t be down or dwell on it.”

Despite his recent inactivity, Skeete doesn’t believe there will be any ring rust when he steps between the ropes later this month.

“I’ve had great sparring and I live in the gym,” he said. “I had some time off in the summer but I keep myself fit.

“I had momentum behind me after my British title defences, then it was put on hold a bit.”

Skeete is hoping if he vacates his domestic belt that close friend Johnny Garton can challenge for it. The Peckham fighter (21-1-1) is on a seven-fight victory streak.

“I don’t have any mandatories in line,” explained Skeete. “The British Boxing Board of Control haven’t told me to defend against anybody.

“Winning the belt and then getting it outright meant so much to me, I didn’t want to do that and then just vacate is straightaway.

“But once I win the European title I will be moving on and vacating it. I hope my stable-mate Johnny Garton can pick it up and it will still be back in the iBox Gym.”