Bradley Skeete is set to get a rematch with Hamzah Sheeraz early next year after their super-welterweight title fight ended in hugely controversial fashion on Saturday night.

South Londoner Skeete, 34, dropped to the canvas in the eighth round after being clipped by a blow to the back of his head.

But Sheeraz then unloaded three more punches on his downed opponent – a full-blooded left toppling the Tooting-born fighter on to his side.

Referee Steve Gray only deducted a point off the unbeaten Sheeraz (14-0) and allowed Skeete a short amount of time to recover.

Former British welterweight champion Skeete (29-4) took a knee again to escape a heavy onslaught in the ninth and the bout was waved off. 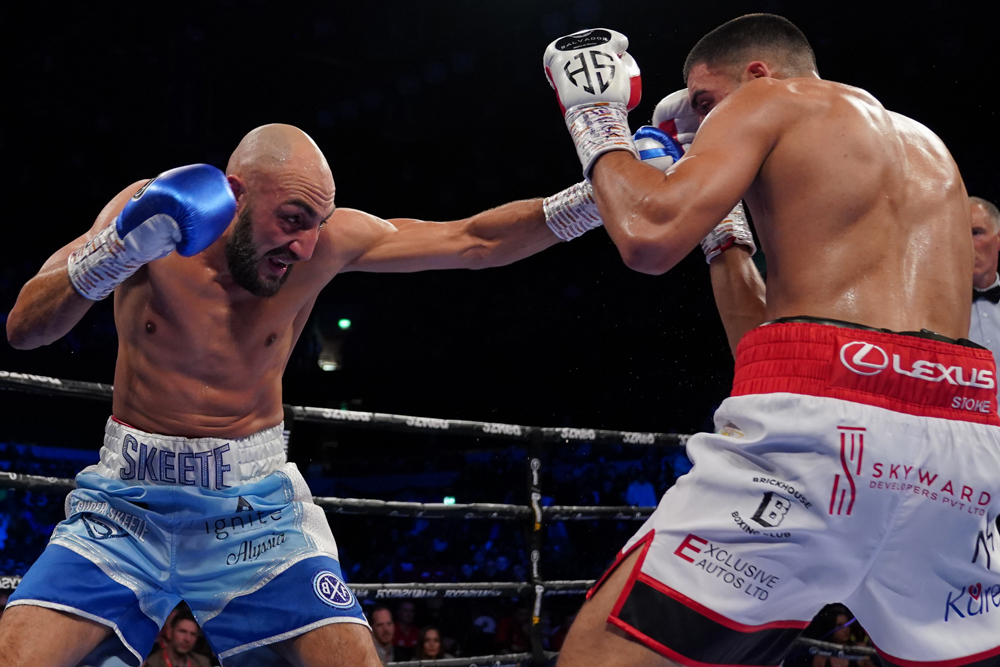 Sheeraz successfully defended his WBO European belt but had been left frustrated by the mobility and ring smarts of the ex-Earlsfield ABC amateur, who appeared to be ahead on points.

“That is an instant disqualification,” tweeted Adam Booth, who trained Bermondsey’s David Haye on his way to world titles at heavyweight and cruiserweight.

Ilford’s Sheeraz issued a statement yesterday: “Now after watching it back I did appear to hit Bradley Skeete while he was down but this was not, and never would be, an intentional act.

“Bradley Skeete boxed superbly and must be feeling aggrieved that his performance did not bear fruit. Bit I am not, and never will be, a cheat although I concede that an unintentional foul could have cost me the fight and then I would be asking for redemption. 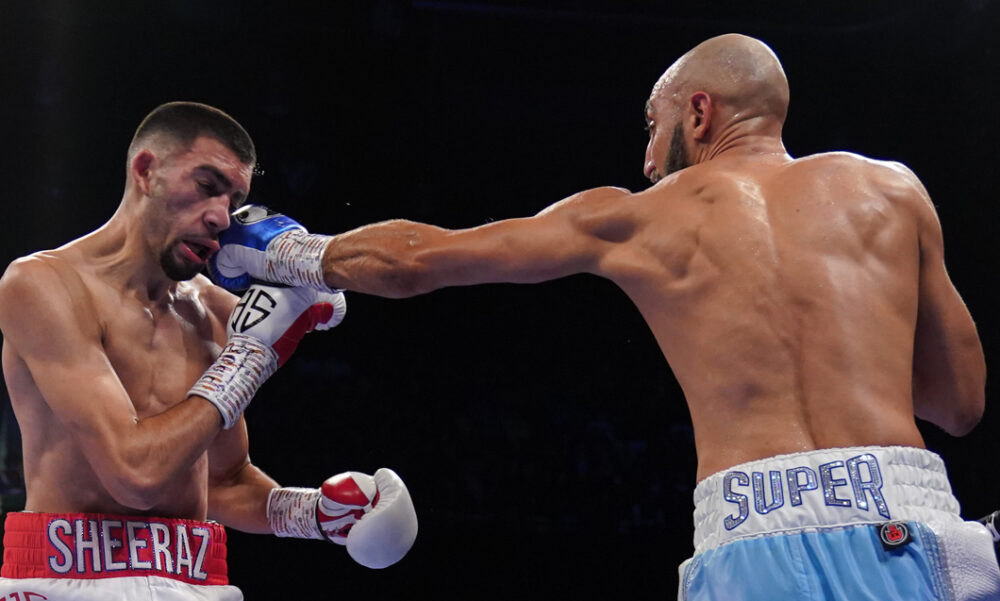 “Based on this, the only honourable thing to do, to put matters to rest, is to offer Bradley Skeete a rematch.

“There was not a rematch clause in the contract, this is me asking my team to make the fight so that there is no controversy or criticism going forward. To get to where I am going, I can leave no stone unturned and no question marks on my record.”

Skeete was left raging at the turning point in the fight.

“I’ve watched it back and it is even worst than I thought on the night,” he told the South London Press. “The British Boxing Board of Control should call it a no contest and order a rematch. 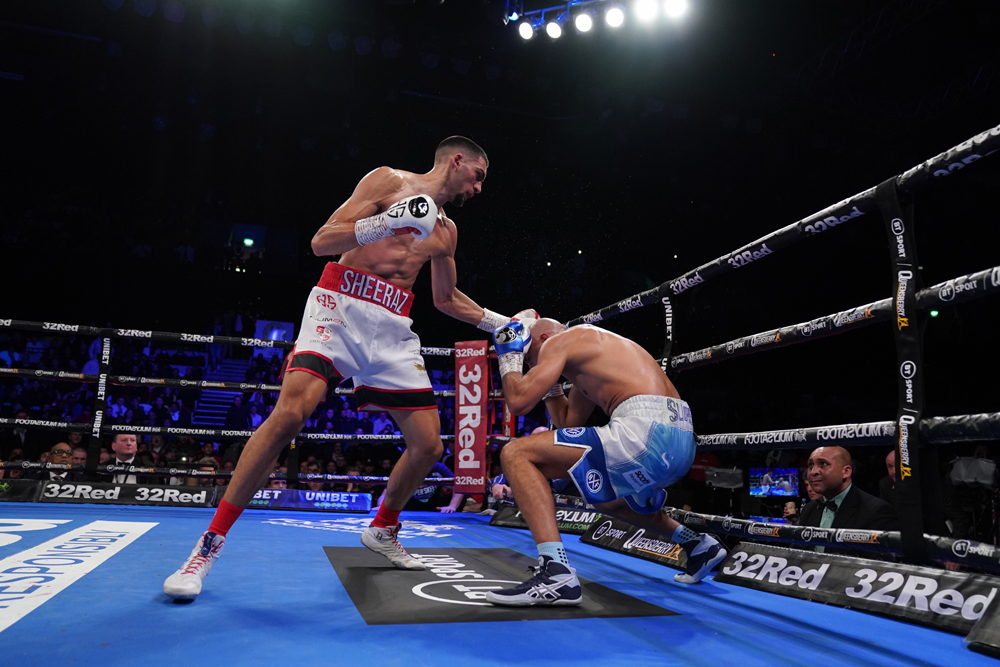 “He has not hit me once – he has hit me three times while I’m on the floor. The last one is a sickener and could’ve caused some serious damage.

“I’m devastated. I was up [on the scorecards], I was well up. It ain’t like I was losing the fight . I was comfortable and schooling him.

“It was pure frustration by him. The round before he pushed me down and then the round afterwards he did that to me. He got frustrated and took it too far. 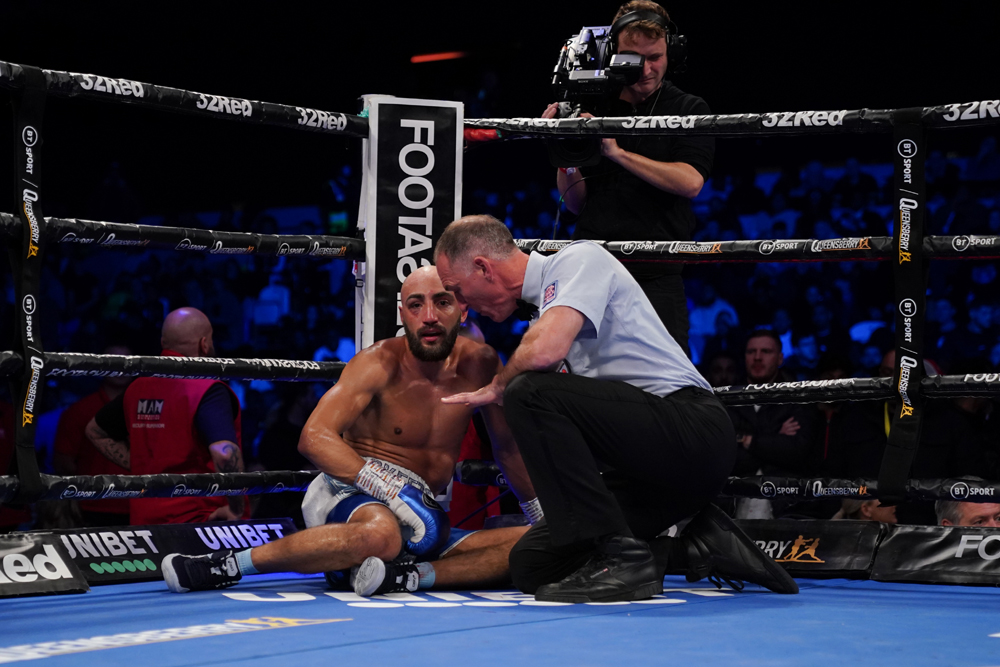 “He saw me on my knees and teed off on me.

“Robert Smith, the main man at the board, was sitting right there. This can’t get brushed under the carpet, it has to be sorted.

“Frank Warren [promoter] did interviews afterwards and said Hamzah did what he had to do to get the win – but that ain’t the rules of boxing. The ref is there to do a job. It’s disgusting.

“He got to hit me on the floor – that’s cheating.

“If the shoe was on the other foot, can you imagine what would’ve happened?

“I showed every single person who doubted me that I am far from done. I just schooled a young, fresh 22-year-old who is supposed to be the next big thing. 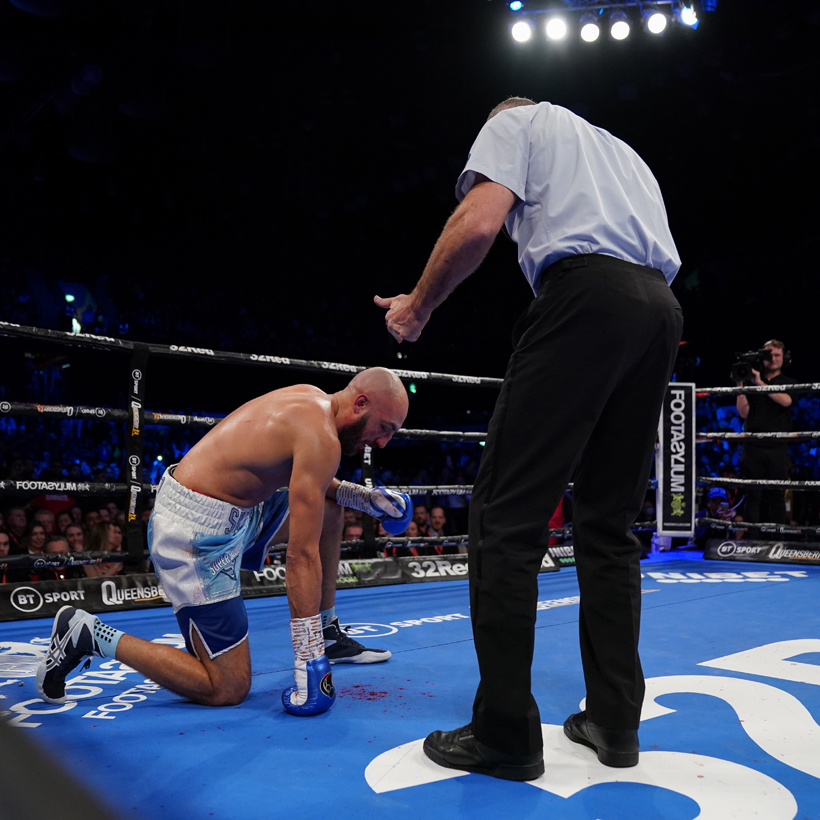 “I came back around after the last punch and I was all over the place and in no position to make any decision.

“I looked at my trainer Dom Ingle and he told me to stay down.

“I told the ref it was a liberty – that he’d hit me on the floor – and he said to take as long as you want to recover. Dom was still telling me to stay down.

“The ref spoke to Hamzah and when he came back he stood so I couldn’t see Dom and told me to get up. I told him my legs were all over the place and he said: ‘You’ve got to get up or I’ll stop the fight’.

“I’m a fighter. I don’t want to stay on the floor and get beaten. I had to get up. But I shouldn’t have been made to make that decision.” 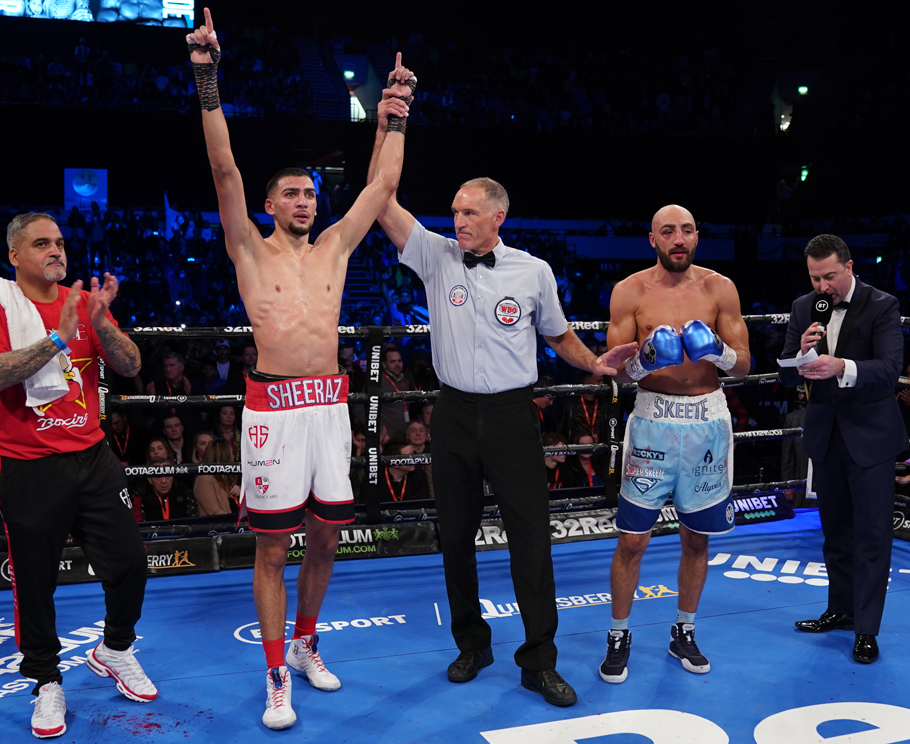 Smith posted an update on the BBBoC website on Monday. It said: “The stewards of the board will be considering the contest between Hamzah Sheeraz and Bradley Skeete for the WBO European super-welterweight championship at their meeting on Wednesday, December 8 2021.”