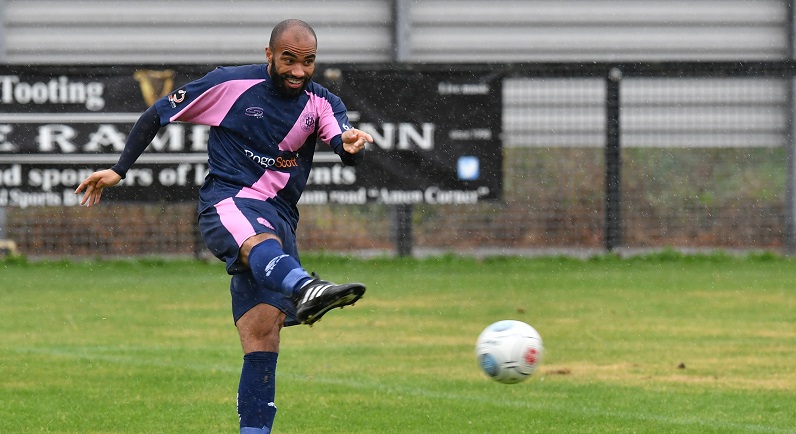 Dulwich Hamlet Sport
9 November 2018 Richard Cawley 0 Comments
BY RICHARD CAWLEY Brentford have become the latest side to take Dulwich Hamlet defender Jay-Rich Baghuelou on trial.
The Croydon-based 18-year-old had recently spent time training with Reading.
And Hamlet boss Gavin Rose says that two other Championship sides – along with a Premier League club – also want to take a look.
“We had already agreed he could trial with Brentford before he went to Reading,” said Rose. “We don’t know yet how he has done there but Reading want him to come back.
“He is in the position where he is able to trial unless a club say they want to sign him.”
Hamlet have freed up space in their squad after allowing two players to dual reigister. Attacking midfielder Caio Guinares has signed for Merstham with Tanashe Abraham on the same type of deal at Staines.
Rose said: “We have trimmed the squad down and the next thing we need to look at is can we add good players from outside the club who can get in our first 11, as opposed to getting players just to bolster our squad. If we do get one or two in they will hopefully be mainstays of our starting 11.
“We’ll be a bit more critical in our choices.”
Striker Dominic Vose netted his first goal for Dulwich in Tuesday’s 3-3 home draw against Weston-super-Mare. Nathan Ferguson and Ashley Carew were also on target as Hamlet led 3-1 going into the final nine minutes. But Jamie Lucas struck twice for the rock bottom visitors.
Only four points split fifth place in National South from 16th.
“The game on Tuesday shows what this league is like,” said Rose. “They are bottom and they are probably the best team we have played against this season.
“Some people would look at that game and expect us to win but they have drawn with Torquay recently, who are one of the form teams, and beat Hungerford away, who we struggled to beat. Now they have drawn against us. They probably deserved the draw.
“It’s only really Woking and Billericay who have been marginally better in the division, but they are not running away with it.
“It’s encouraging that we’re still in with a chance of the play-offs if we put together two or three wins.”
Hamlet head to Truro City on Sunday. City groundshare with Torquay at Plainmoor and the latter are in FA Cup first round action there a day earlier against Woking.