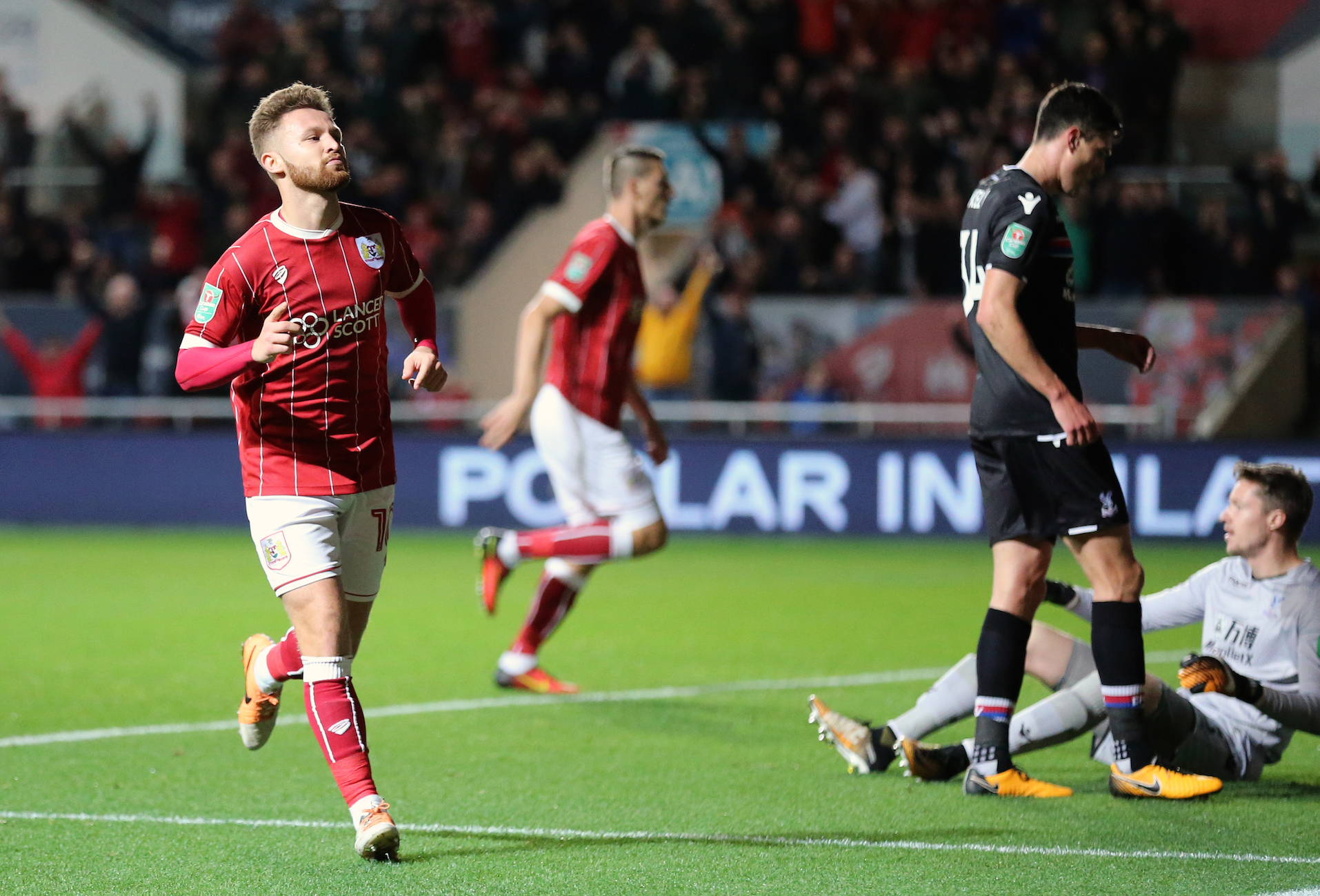 Crystal Palace Sport
24 October 201724 October 2017 Richard Cawley 0 Comments
Crystal Palace capitulated to a 4-1 defeat by Bristol City after a dismal showing in the South West, writes Matt Woosnam.
It started well for Palace, with Ruben Loftus-Cheek pulling the strings in midfield in a much-changed line-up, and Sullay Kaikai joined him in putting pressure on the City defence.
That told on 21 minutes as the Chelsea loanee played in Bakary Sako, who unleashed a fine strike past Jason Steele to put the Eagles ahead.
Patrick van Aanholt came in at left-back but his terrible mistake allowed Matty Taylor in behind the defence and he made no mistake to level the scores on 34 minutes.
It took just five additional minutes for the game to turn on its head, as Martin Kelly and Wayne Hennessey failed to clear a long throw and Milan Djuric thumped home to put City ahead.
On the hour mark Joe Bryan found himself with space to shoot on the edge of the area and drove a stunning strike in off the underside of the crossbar.
Palace were in disarray, mocked on and off the pitch by their hosts. The travelling supporters began to turn on their players, becoming increasingly frustrated with poor passes, missed tackles and an apparent lack of effort.
But it would be even worse for the Eagles as Jairo Riedewald botched a clearance and allowed Callum O’Dowda to slot home from the edge of the area.
Van Aanholt, who was awful throughout, was substituted to chants of “we want our money back”, while the away fans continued to loudly express their intense dissatisfaction at what was a shocking performance.
Freddie Ladapo tested Steele late on with a low drive but Palace were toothless with a makeshift side, aside from an opening spell of pressure.