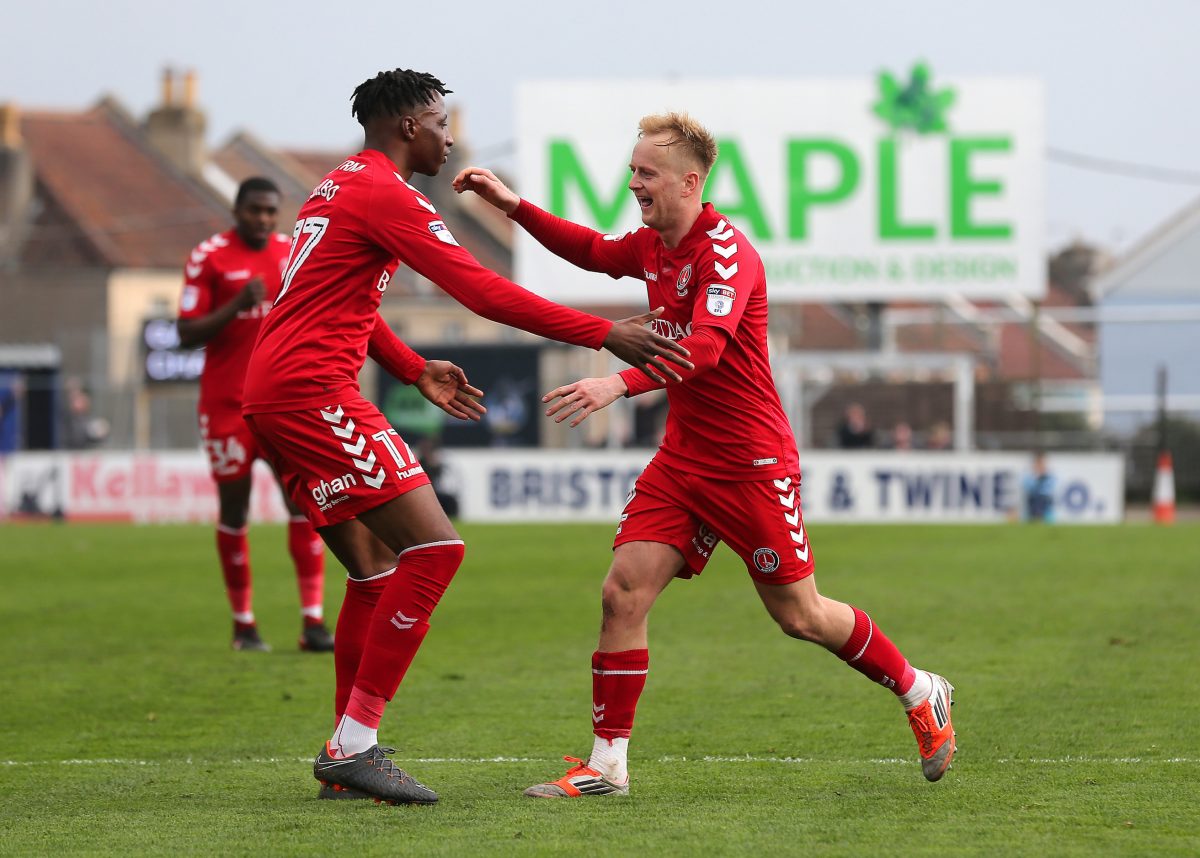 Lee Bowyer’s unbeaten start to his Charlton caretaker reign continued as his side were held by Bristol Rovers.

The Gas were a goal to the good midway through the first-half as Kyle Bennett pounced on a Jason Pearce error, but Ben Reeves’ strike just before half-time ensured that the tie ended all-square. Bowyer’s men remain in League One’s top-six this evening.

The South Londoners were nearly ahead as early as the fourth minute. Sullay Kaikai, starting in place of the injured Tariqe Fosu, danced his way into the area but was denied at the near-post by Sam Slocombe.

Nicky Ajose forced the Gas goalkeeper into an awkward fumble with a drive from distance, before Addicks keeper Ben Amos was more convincing as he dove to his right to keep Ellis Harrison’s low shot.

The Gas edged ahead after 21 minutes – and Pearce won’t want to see his part in the goal again. The Addicks’ skipper’s header back to Amos was undercooked, allowing Bennett to nip in and poke home.

It was the first time Lee Bowyer has experienced being a goal down during his tenure, but his side responded well. They forced a handful of corners, before Ajose saw a curling effort that was destined for the top-corner tipped over.

Amos had to be alert to hold Bennett’s shot on the turn just, and the Addicks dragged themselves level just before the break.

Patient build-up play presented Reeves with the chance to fire from the edge of the box, with the ball deflecting off a Gas man and beating the goalkeeper at his near-post.

Bennett lashed wide of Amos’ goal early in the second-period following a counter-attack, with Kaikai then blocked from close-range at the other end.

Reeves nearly grabbed his second of the game when he set his sights from 25 yards, but Slocombe acrobatically denied the Addicks midfielder.

Bowyer introduced Stephy Mavididi in place of Ajose with 25 minutes left to go as Charlton looked to take the lead for the first time in the game.

They nearly did with seven minutes remaining. Jake Forster-Caskey’s corner caused chaos in the home six-yard box, but both Pearce and Patrick Bauer were just unable to poke the ball over the line.

The Addicks were forced to settle for a point, but remain in the play-off places with six games of their normal season remaining.