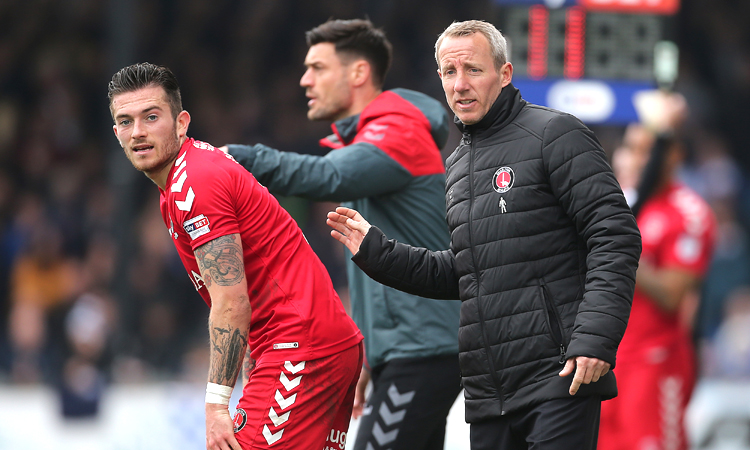 By Kevin Nolan at Memorial Stadium.

Following three impressive victories masterminded by young guns Lee Bowyer and Johnnie Jackson, the first dent in Charlton’s dramatically-improved progress was inflicted by gritty Bristol Rovers, who deserved the point they took away from this evenly-fought clash.

With results generally kind to them elsewhere, the Addicks clung on to League One’s last play-off position and Bowyer should be disappointed but not disheartened by this result.

If you can’t win, don’t lose, as the well-worn adage goes, and the rookie manager is realistic enough to accept that but for the timely slice of luck which helped Ben Reeves to equalise on the stroke of half-time, his unbeaten start as caretaker manager would have ground to a more costly halt.

As it is, his attention no doubt switched immediately to tonight’s awkward assignment at Wimbledon. There’s little time in this hectic division to celebrate victory, mourn defeat or, as in this case, assess the consequences of falling between those extremes.

On a bumpy, lumpy pitch, the often bewitching skills paraded by the likes of Nicky Ajose and Joe Aribo were blunted and largely dealt with capably by Rovers’ towering defence. And on the rare occasions when they broke them down, the visitors ran into Sam Slocombe, a goalkeeper in inspired form. But the never-say-die spirit which characterised their boss’ tempestuous career has rubbed off on this youthful side; they showed patience and perseverance.

As early as the first minute, Slocombe’s legs kept out a vicious drive from Sullay Kaikai, who left Tom Lockyer in his wake as he marauded along the left byline to try his luck from an impossible angle. Better placed in the six-yard area, Ajose was unimpressed by Kaikai’s head-down single-mindedness. Slocombe again distinguished himself with a smart save to deny Ajose while, at the other end, Ben Amos responded similarly to divert Earl Harrison’s powerfully struck shot.

On 21 minutes, Bowyer suffered the novel experience of falling behind when a catastrophic error handed Gas the lead. Amid general confusion, Jason Pearce’s feeble header back to Amos left the keeper hopelessly exposed-and demonstrably irate – as nippy forward Kyle Bennett pounced on the loose ball and toepoked it past him.

Briefly deflated by the goal, not to mention the scruffy way it was conceded, the Addicks fought back spiritedly. Aribo combined with Reeves to feed Ajose, who cut in from the left and forced a flying save from Slocombe. From Jake Forster-Caskey’s resultant corner, Aribo’s glancing header drifted narrowly wide. It seemed that the resurgent visitors had run out of first-half time when Reeves hauled them back into contention.

Coming into his own as his match fitness has improved, Reeves has been a recent revelation. Busy, skilful, even ready to put his foot in these days, he has begun to vindicate former manager Karl Robinson’s belief in him. It helps to be lucky as well as talented, of course, as Reeves demonstrated by exchanging passes with Kaikai before squeezing a quickly-taken snapshot, with the convenient assistance of Lee Brown’s deflection, past a flatfooted Slocombe.

Reeves had picked the perfect time to equalise and, with the bit between his teeth, resumed in aggressive mood after the break. A more convincing, if less rewarding strike from 25 yards, was foiled by Slocombe’s latest airborne save before he turned provider with a finely threaded pass which sent Michal Zyro through to fire narrowly over the bar. As Rovers wilted, Zyro came within inches of making telling contact with Lewis Page’s fine cross. They were hanging on by the time Aribo and Pearce had scrambled efforts hacked off the goal-line during an untidy dust-up following a Forster-Caskey corner. Charlton created the better second half chances but there were also several heart-in-the-mouth moments in front of their own goal. The draw was fair enough.

As Bowyer and Jackson settle promisingly into their new roles at The Valley, it’s ironic to note that some four years after Roland Duchatelet engineered the dismissal of club legend Chris Powell, two similarly stalwart Addicks have completed the circle. Their respective tenures bookend the owner’s boneheaded policy of appointing a steady stream of anonymous transients with nothing in common except an almost total absence of pedigree as players. It’s hard to teach violin if you’re a tone-deaf donkey. Telling footballers you know better than them when your own playing career slipped by unnoticed has to be equally fraught. You can’t imagine any of Charlton’s current crop of gifted young players presuming to challenge either Bowyer or Jackson to “show us yer medals!” Their shrift would be painfully short.