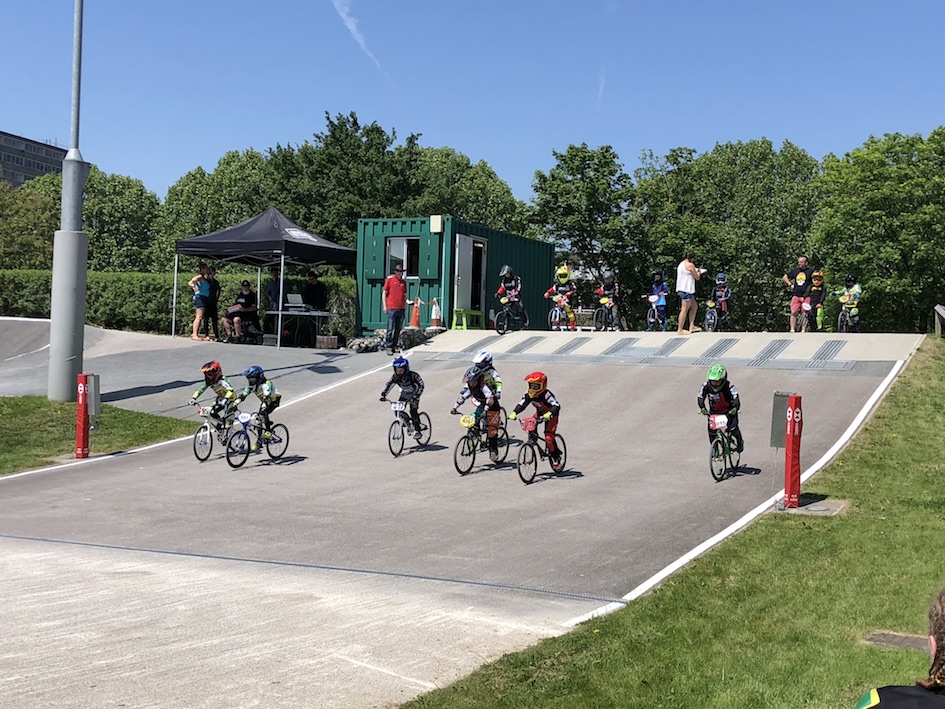 Isla Radcliffe came fourth in the novice girls (8-10) while Harvey Tomlinson (novice males 8-9) finished first in the A final. Frankie McFadden was fourth in the B final.

Kian Whiteman-Cole came third in the males 14-15 novices, with Jaden Wiggins seventh. Stephan Koehler was first in the novice male 17-plus.

For male 7-and-under experts, Ignacy Lurek was seventh in the A final. Rian Koehler and George Cavanagh Clarke bagged first and third respectively in the B final.

In the expert male 10-11 category, Brixton’s Lukah McKenzie finish fourth and Leon Bickelmann came across the line in sixth.

Schwimmbeck, 15, was riding up an age class.