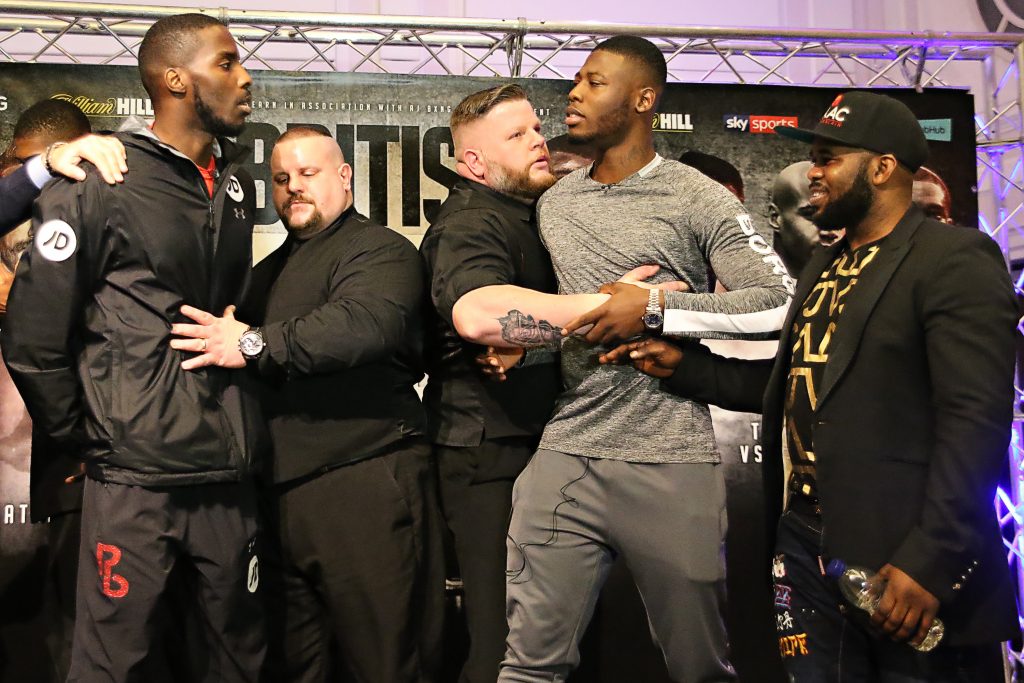 Brixton’s unbeaten rising star Isaac Chamberlain and Lawrence Okolie will settle their feud on Saturday February 3 at The O2 in Greenwich.

The cruiserweight pair have a fierce rivalry on social media and in bitter public confrontations as they build the foundations for impressive beginnings to their respective careers, and now they get their hands on each other in the 2018 curtain-raiser.

Team GB Rio Olympian Okolie picked up a sixth KO win in his seventh pro fight at York Hall last week to draw his debut year to an emphatic close, while 9-0 Chamberlain is on a streak of three stoppage wins in in his first action following his brave win over Wadi Camacho last September where he picked up the Southern Area strap despite dislocating his shoulder in the third round.

“I’m very excited the fight is finally on,” said Okolie. “I said when I first turned professional I’m not here to mess about, I want to take risks and push on. Chamberlain has done a lot of talking and on February 3 we’ll see if he can back up his words.

“I think it’s going to be a bloody, brutal fight. It’s one for the fans in a thriving domestic division. People will finally see me come out of the cage.”

“It’s been a long time coming,” said Chamberlain. “I’m pleased we have finished and signed off on all the negotiations, now that is done we can focus on the fight. It’s a great fight for British boxing fans.

The show will be live on Sky Sports, promoted by Eddie Hearn’s Matchroom Boxing in association with Anthony Joshua’s AJ BXNG.