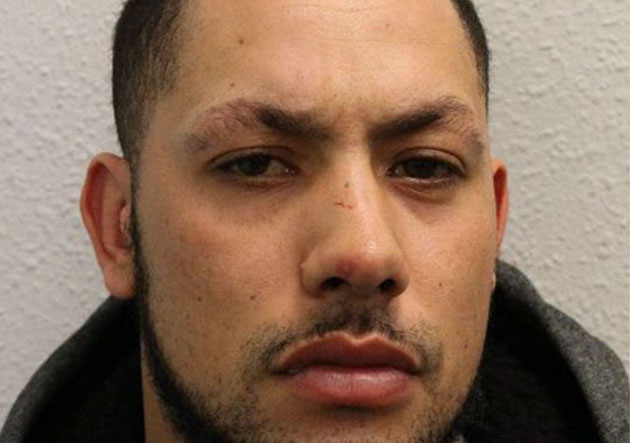 A sex attacker, who tried to pretend his assaults were invented despite CCTV evidence, has been found guilty of sexually assaulting two teenage girls on buses within an hour of each othe.

Andrew Godman, 34, of Salehurst Road, Brockley, was found guilty on Wednesday, 19 June, of the two charges against 13-year-olds in Eltham and Lewisham, after a trial at Woolwich Crown Court.

Godman sat next to the victim, blocking her in by the window seat, in each case, and subjected her to a prolonged sexual assault on November 15.

The first assault lasted for around half an hour on a busy Route 126 bus heading towards Eltham. The victim told Godman to stop several times and tried to discreetly get the attention of other passengers so they could help.

Around half an hour later, he boarded a Route 273 bus in Grove Park. Godman was captured on CCTV groping the second victim’s thigh in an assault which lasted for around five minutes, before the victim fled by getting off at an early stop.

He was held within days of pictures of him being published.

During police interview, Godman was shown CCTV of the assaults and admitted it was him sitting on the bus with the two victims, but denied that he had sexually assaulted them.

Godman was charged on Wednesday, 13 February with two counts of sexual assault, and first appeared at Bromley Magistrates’ Court on Thursday, 14 February.

Detective Constable Darren Barlow, who led the investigation, said: “These were appalling sexual assaults in public on two young, vulnerable girls who were understandably left shaken and distressed by the attacks.

“Despite having CCTV evidence which clearly showed the assaults, Godman denied wrongdoing and suggested that the allegations were made up, making the victims relive their experiences in court. Thankfully, a jury saw through his denials.

“We work hard to identify people who commit predatory offences on London’s transport network, and continue to urge the travelling public to be vigilant and look out for each other and report any offences or anything suspicious to police right away by calling 999 or 101, or Crimestoppers anonymously on 0800 555 111.”