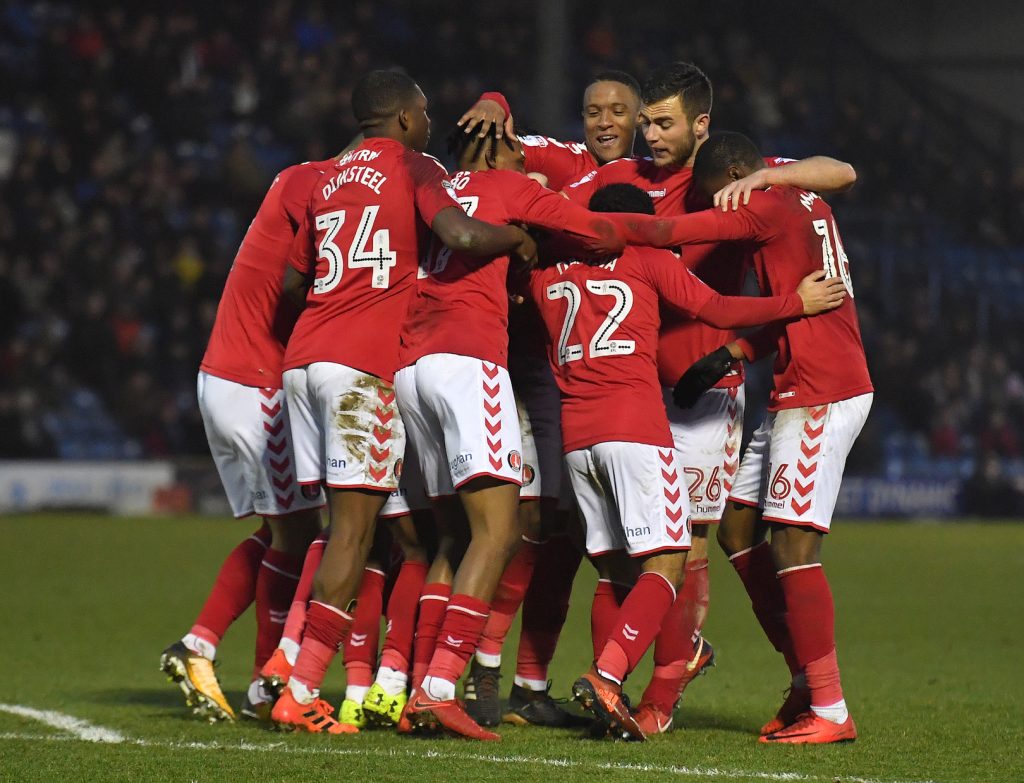 Charlton wrestled their way back into the top six of the League One table as Mark Marshall’s second-half goal earned a slender win over Bury at Gigg Lane.

The depleted Addicks, who could only name five substitutes, had to do without Ricky Holmes ahead of his move to Sheffield United. But they were able to edge out basement side Bury, who now haven’t scored in over twelve hours of league football.

There wasn’t much in the way of clear-cut chances in the opening quarter-hour. Joe Aribo’s burst into the area was wasted as he pulled the ball back behind the run of striker Josh Magennis. Ben Reeves clipped a header wide from a deep Jay Dasilva cross moments later.

Northern Irish international Magennis had the first real sight of goal, weaving his way to the edge of the six-yard box but Shakers keeper Conor Ripley denied him from a tight angle, and Stephy Mavididi couldn’t adjust quickly enough to convert the rebound.

Magennis, who himself has drawn blanks in-front of goal in his last twelve appearances in all competitions, should have edged the Addicks ahead midway through the half. A ball over the top broke nicely for the Charlton front-man, but he was unable to lift the ball over the advancing Ripley as he bore down on goal.

The Addicks once again came close to breaking the deadlock eleven minutes before the break –and it would have been via a stroke of luck. Reeves floated a set-piece into the Bury box, where defender Nathan Cameron flicked a header towards his own-goal – rebounding off the far-upright.

The second-period started slowly, with Bury captain Stephen Dawson’s horrible shank off-target the only opening for either side in the early stages.

The game burst back into life just after the hour-mark. Joe Aribo slalomed into the Shakers area and provided Marshall with the easiest of tap-ins to claim his first league goal in Addicks colours.

Mavididi nearly doubled the lead moments later after the sort of explosive run that is fast becoming his trademark. The Arsenal-loanee beat countless opponents but Ripley in the Bury goal did enough to turn his close-range effort onto the woodwork.

The South Londoners had to survive six minutes off added in the second-period but held on for their first successive league victories since mid-October.

One thought on “Bury 0-1 Charlton Athletic: Addicks back into play-off places after successive victories”