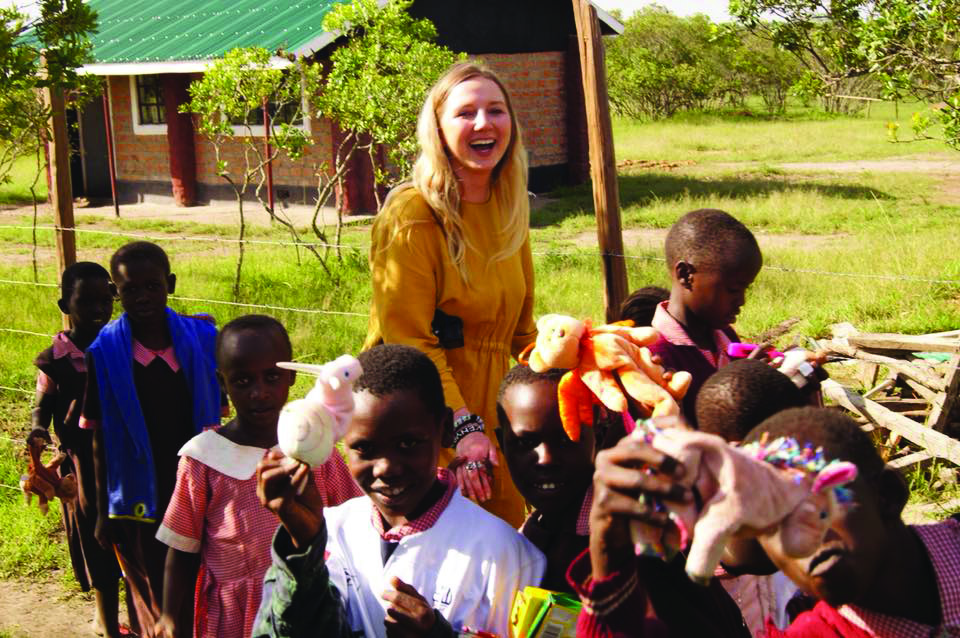 Olivia Parson hopes her hair can look as good as Donald Trump’s at the upcoming Royal Wedding.

The Donald is not on the guest list, and will probably watch the big day with a Big Mac in his golf club in Mar-a-Lago – but Clapham resident Olivia has received one of the 1,200 invitations sent to members of the public.

The 24-year-old said: “It’s an honour to beat Trump and May to a wedding invite.

“Hopefully my hair will look as good as his though.”

She will get the opportunity to see the royal couple arrive and depart from the chapel in the grounds of Windsor Castle on May 19.

“I did not expect to get the invitation at all,” Olivia said. “I couldn’t believe it. I still don’t feel like it is real.

“The closest I have been to to Windsor Castle is Legoland

“I am taking my mum Carolyn with me. She’s amazing. She’s been so good at instilling in me this proactive and ‘go for it’ attitude. It will be so nice to share it with her.”

The royal couple asked Lord Lieutenants to invite 1,200 people recognising their charity work as well as rewarding young people who have served their communities.

They raised more than £15,000 over two years to build a school in Enkerende village in the Massai Mara, Kenya, which will give up to 140 children an education.

The project originated from their time working in Kenya.

She said: “I literally cried every day. I was 18, completely on my own. I had never been so far away from home before.

“It left a huge mark on me. It was really overwhelming.

“But it was amazing. I remember so well the willingness of the children to learn. If I asked a question they would be racing to answer, all with their hands up.”

Amie returned from a visit to Kenya in 2013 and told Olivia how the community was breaking up without a proper school to send their kids to.

At first they were told it would cost around £3,000 to build the school but this rose to £15,000 after a surveyor visited the site.

The two women were undeterred and raised the cash through a mixture of charity balls, carol services, school engagement activities and a 2,500km cycle.

Olivia, an assistant development manager at property firm Lendlease, visited the site in March as children moved into some of the completed classrooms.

“Families who had moved away from Enkerende because there was not a school there are now moving back,” she said. “So it is bringing the community together.

“I also feel the project we have been doing is something similar to the things that Harry and Meghan have already been supporting.

“They have spent a lot of time in Africa and they are focusing on education in the charities they’re supporting. I like that connection.”

He is a patron for Rhino Conservation Botswana, while Meghan spent time in Rwanda as a global ambassador for World Vision.

l If you would like to find out more about Educate Enkerende or donate to the charity, go to www.educate-enkerende.com.