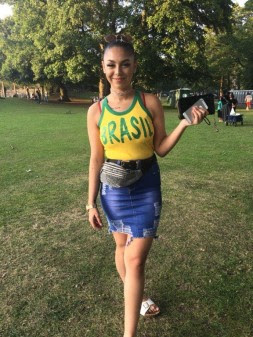 The family of a girl from Lewisham who was stabbed to death last week have confirmed she was the victim.

Detectives have now released an image of the 17-year-old killed in Brisbane Street, Camberwell on 12 July.

Formal identification by the family took place on Monday 16 July, confirming the victim to be 17-year-old Katrina Makunova from Lewisham.

A post-mortem held on Saturday 14 July gave the cause of death as a stab wound to the chest.

A 21-year-old man was arrested at the scene on suspicion of murder.

Oluwaseyi Dada, 21, of Brisbane Street, Camberwell, was charged with manslaughter on Friday, 13 July. He appeared at South London Magistrates’ Court on Saturday, 14 July and was remanded in custody to next appear at the Old Bailey on Wednesday, 18 July.