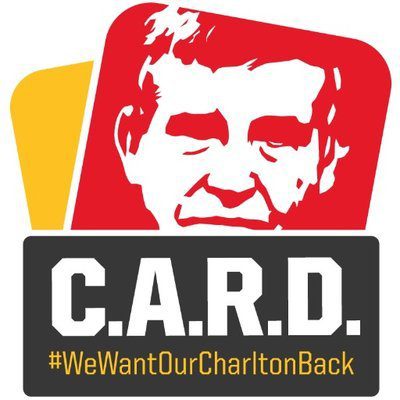 The Coalition Against Roland Duchatelet (CARD) will call for a boycott of The Valley if the Belgian businessman still owns Charlton Athletic when the new EFL season kicks off on August 4.

And the fans’ group have also spelled out that fresh protest action could also take place.

Duchatelet has been in protracted talks over selling the League One club to an Australian-backed group of investors which includes successful businessman Andrew Muir.

A CARD spokesperson said: “While we remain hopeful that the Australian consortium will complete a takeover, it would be irresponsible to rely on that given that director Richard Murray told the Charlton Athletic Supporters’ Trust a deal was likely to happen in February and the club has been stalling fans ever since.

“There has been no shortage of interest, as Charlton admit.

“The club still has no chief executive, no head of finance, no chairman, no functioning board of directors, and since March it has had no permanent first-team manager. We believe that it is unprecedented for any club to operate in this way for so long and the idea that it is possible for this set-up to plan effectively for a successful season is naïve and insulting to supporters.

“Many of the club’s staff, now faced with yet another round of internal cost-cutting, are as demoralised as the fans.

“The uncertainty is such that Charlton can’t even get access to fans’ season-ticket payments made by credit card. The payment handler will only release the cash game by game. Even the accountant representing Duchatelet, who disclosed this last week, admitted publicly that he’d never heard of such a thing before. What does this say about the regime?

“It is obvious that the playing squad is not big enough, not strong enough and it may be further depleted before kick-off, with more established players replaced by free transfers. Caretaker boss Lee Bowyer could be a genius but it wouldn’t matter, because like all his eight predecessors since 2014 he is being set up to fail.

“It is 90 years since Charlton spent four consecutive seasons below Championship level, but that is the clear prospect under Duchatelet’s continued ownership. People will have their own views about the right thing to do, as they have throughout the last four years, but for us this is a tipping point.”

CARD want fans to refused to buy home match or season tickets and also  not pay for hospitality packages, merchandise or any other commercial product if a change of ownership has not taken place before the League One opener at Sunderland.

CARD’s spokesperson added: “This is not the limit of the action we will take, which will include other protests. We very much hope that none of this is necessary and that instead we can get behind the team under new owners, but with less than three weeks to go before the start of the season it would now be foolish to assume that.”