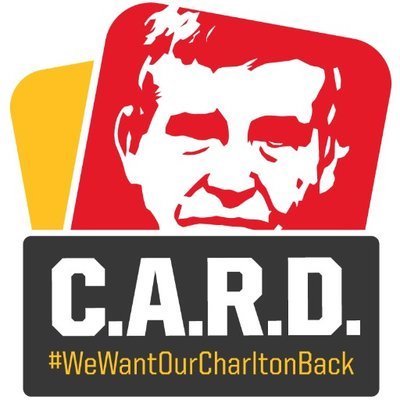 The Coalition Against Roland Duchatelet (CARD) has urged Charlton Athletic fans not to buy season tickets for the 2019-20 campaign – until there is a clearer picture on a number of key issues.

Addicks owner Duchatelet went on national radio last week demanding that the EFL should buy the League One club – criticising the organisation for allowing him to complete a deal for it in January 2014.

Duchatelet, whose appearance on talkSPORT seemed to be triggered by some buildings in his home town of Sint-Truiden being graffitied, also vowed that he would not sell Charlton to a foreign owner.

CARD have issued a press release this morning expressing their concern at the fact that a number of first-team regulars are out of contract at the end of June – including rising midfield star Joe Aribo – along with manager Lee Bowyer and his assistant Johnnie Jackson.

Charlton were expected to discuss ticket prices last night at a fans’ forum meeting which had twice been rescheduled.

“It [Charlton] has no functioning board of directors and there has been no chief executive or chief financial officer for more than a year,” said CARD in their release.

“It remains in dispute with its own staff over unpaid bonuses and Bowyer has said publicly that Duchatelet would not allow him to sign a free agent to replace Karlan Grant, who joined Huddersfield Town in January for a reported £1.5million.”

A CARD spokesperson said: “It must now be apparent to everyone, whatever their position over the last five years, that behind the scenes the club is in chaos and the owner is out of control.

“CARD believes that the fans’ forum should advise the club not to bring forward any season-ticket plan until it has a credible offer to make, including a commitment to the manager, a commitment to a proper squad of players and a serious effort to sell the club to new owners of whatever nationality at a credible market price.

“If the club does not heed this advice then we will campaign for fans to reject its season-ticket offer until it does. In effect we are calling for a strike that does not impact on the current team. We also give Duchatelet notice that our response may also include lawful protests against him in Belgium.”

The EFL have issued a brief statement after Duchatelet asked them to acquire Charlton.

“The EFL can confirm that we have received a request from Charlton Athletic’s majority shareholder Roland Duchatelet, which we will review and subsequently respond to as appropriate,” said an EFL spokesman.