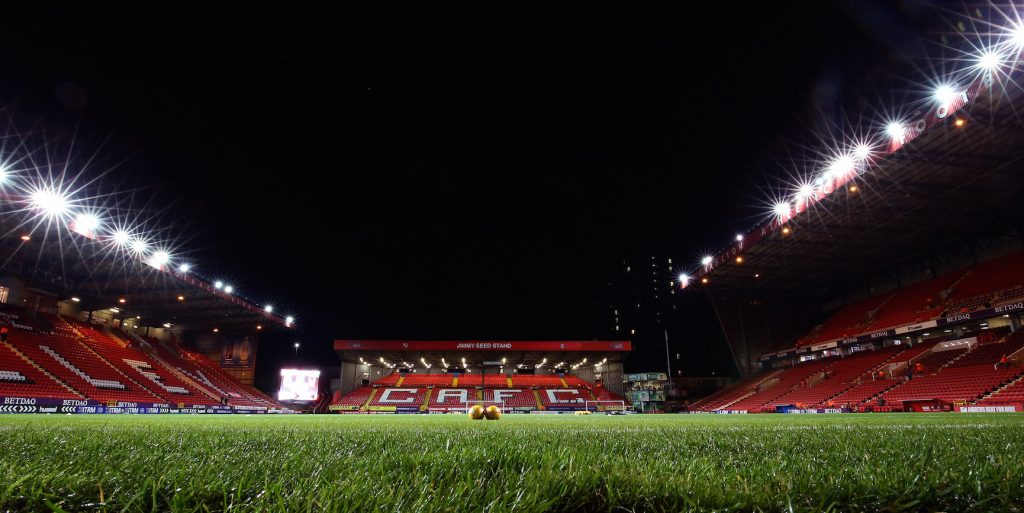 The Coalition Against Roland Duchatelet (CARD) will distribute thousands of red-and-white rosettes to fans attending Charlton’s home fixture against Portsmouth on December 9, which marks the 25th anniversary of the club’s return to The Valley.

The rosettes are to celebrate the part played by fans in the re-opening of the stadium in SE7, and particularly the role of the Valley Party, whose 60 candidates amassed nearly 15,000 votes in the 1990 local elections, changing Greenwich Council policy in the process.

The club’s then directors wore red and white rosettes when the first match back, also against Portsmouth, took place on December 5, 1992. Charlton had played at Crystal Palace’s Selhurst Park and West Ham United’s Upton Park since 1985.

A CARD spokesperson said: “Charlton fans are rightly proud of everything they did to overturn the decision of the club’s then owner to move the club to Selhurst Park in 1985.

“No one involved in the Valley campaign was invited on to the organising committee set up many months ago to celebrate the 25th anniversary of the return.

“The club failed to mention the 25th anniversary of the Valley Party election at the time, despite being reminded, and chief executive Katrien Meire even tried to stop it being marked with a short speech at the 2015 player of the year, an event organised by supporters and held on the exact date.

“We know that the Fans’ Forum has had an opportunity to make its own representations over the December 9 celebrations this week – just 12 days before the game – and, very belatedly, we understand that the club is showing signs of a more collaborative approach, which we welcome.

“However, the Valley Party was not a club initiative, so it is not appropriate that it should be left to the club to decide how or whether it should be celebrated.

“By wearing red-and-white rosettes on December 9, Charlton fans can make sure that supporters take their proper place at the heart of the celebrations – a visible tribute to the Valley Party campaigners, the volunteers who worked on the ground to get it ready in time, those who paid into the Valley Investment Plan to help fund it, and, of course, the 1992 directors.

“At the same time, rosettes are a traditional symbol of support for a football team, as well as a feature of elections, so we believe this is a positive initiative and that they will add to the occasion for everyone – hopefully with the same outcome on the pitch as 25 years ago.”