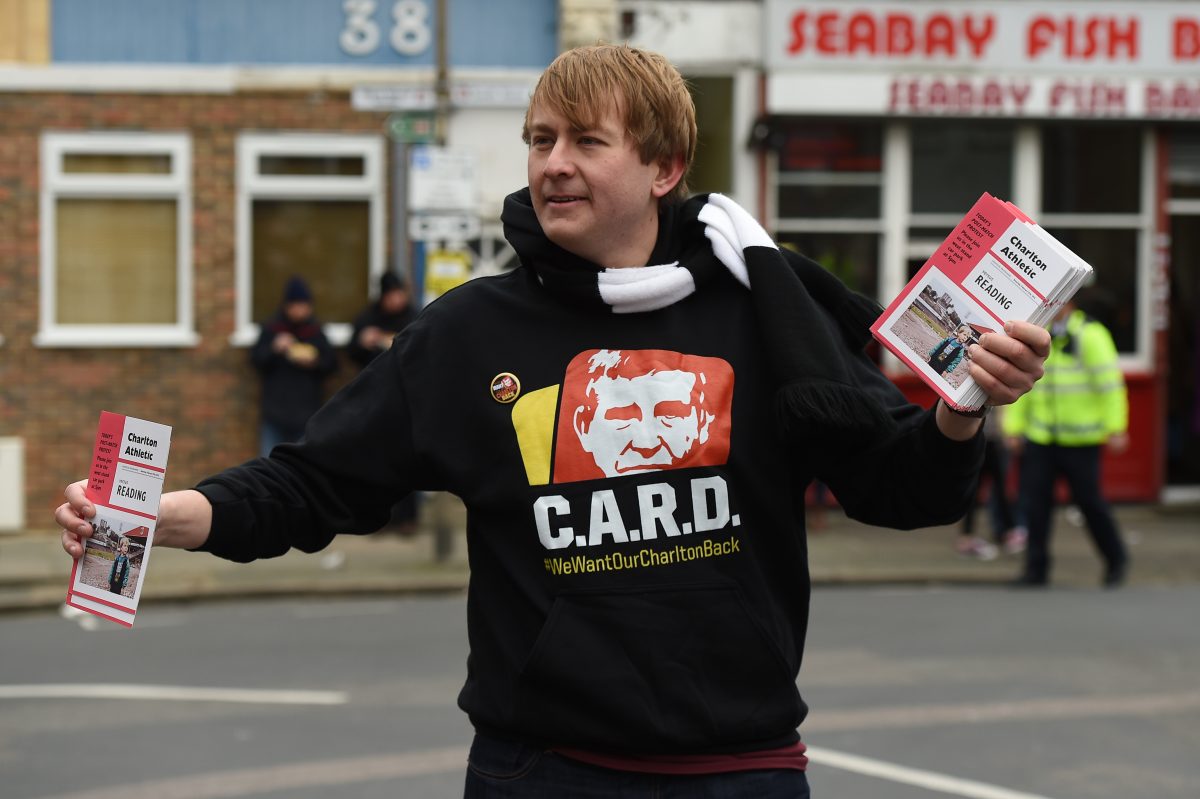 Coalition Against Roland Duchatelet (CARD) have scrapped plans for protest action at Easter Monday’s League One game against Rotherham United.

The action group – who have demonstrated for Charlton’s Belgian owner to sell up – say “significant developments’ on a takeover have seen them make the change.

“Karl Robinson’s departure as manager is clearly linked to the takeover, which is now being widely reported by mainstream media as imminent,” said CARD in a statement.

“Public and private sources suggest there is no reason to think that Duchatelet himself intends to be owner of Charlton for much longer.

“In addition, we believe the change of manager and subsequent dramatic improvement on the pitch last Saturday have revived fans’ hopes that the team could still be promoted via the play-offs.

“While we don’t respond to individual results, the team’s status next season is clearly significant to the club’s long-term future, which is our main concern. And we believe most Charlton fans would regard trying to get promoted as the immediate priority they can usefully influence.”