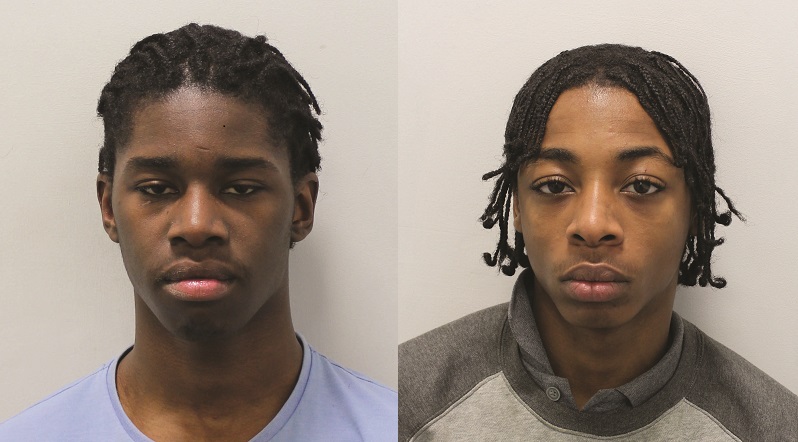 A man who kicked a female police officer has been found guilty of Actual Bodily Harm. Kursan Euell (left), of Penerley Road in Catford, pleaded guilty to two counts of ABH at Kingston Crown Court on Friday, December 14.

A video of the 20-year-old jumping through the air and kicking a female police officer just as a bus goes past, almost running her over, went viral on social media.

Chief Superintendent Sally Benatar, South West BCU Commander, said: “The impact of this despicable assault has been considerable, not only on the two officers involved but on their families, friends and colleagues.

“While police officers are rightly expected to handle difficult and hostile situations on a regular basis, we do not accept that assaults are part of the job, and we feel that our officers deserve the protection of the law in order to do their jobs effectively.

The attack took place when two police officers carried out a stop on a car and tried to arrest Martin Payne (right), 20, in Kingswood Road, Merton, on Saturday November 17.

The three occupants of the vehicle ran off and the officers managed to detain Payne before Euell and another suspect returned and assaulted the officers.

Chief Supt Benatar said: “We are pleased that the two suspects have been brought before the court swiftly thanks to the hard work of Detective Constable Jean-Paul Ricot-Gomez and the rest of the team.

“We would also like to publicly thank the member of public who stepped in to assist at the time and his actions will be recognised at a formal commendation ceremony.

“We are also grateful to the many members of public and colleagues from the emergency services who passed on their best wishes to our officers, having seen the video of the incident in the media.

We really value your support.” Payne and Euell will be sentenced at Kingston Crown Court on Monday, January 21.