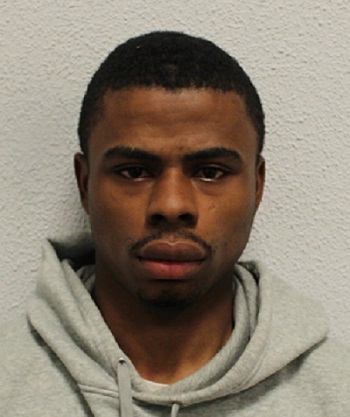 A man used fake social media profiles to convince young women to send compromising images of themselves to him before blackmailing and raping one of them.

An investigation was launched into Rhys Miller-Offiong, of Muirkirk Road, Catford after he raped a woman at an address in Catford on August 24, 2017.

Miller-Offiong had met the woman online using a fake profile.

He had initially persuaded her to send intimate images to him and then set up a meeting with her.

When the victim attended and realised Miller-Offiong was not the person she thought she had been engaging with online, he threatened to send the images to her friends and family if she refused to go with him.

Under duress, the woman went with Miller-Offiong to an address in Catford where she was raped.

The offence was reported to police who managed to identify Miller-Offiong through his social media profiles.

Further investigations established two other young women who had been snared online by Miller-Offiong and tricked into sending compromising images and videos of themselves to him.

He was arrested and then charged.

Detective Constable Paul Harakis, of the Child Abuse and Sexual Offences Command, said: “Miller-Offiong is a predatory sex offender who has drawn unsuspecting girls into his sexual trap via social media.

“The victims in this case have shown real strength of character and fortitude by both assisting our investigation and providing evidence to the court which left Miller-Offiong with little option than to plead guilty.

“I would like to praise their bravery and courage in coming forward and I hope it gives them some form of closure now that Miller-Offiong is behind bars.”

He was sentenced to 15 years with a four-year extended licence at Woolwich Crown Court on Thursday.

On his release, he will be made to sign the Sex Offenders Register for an indefinite period and will be subject to a Sexual Harm Prevention Order.