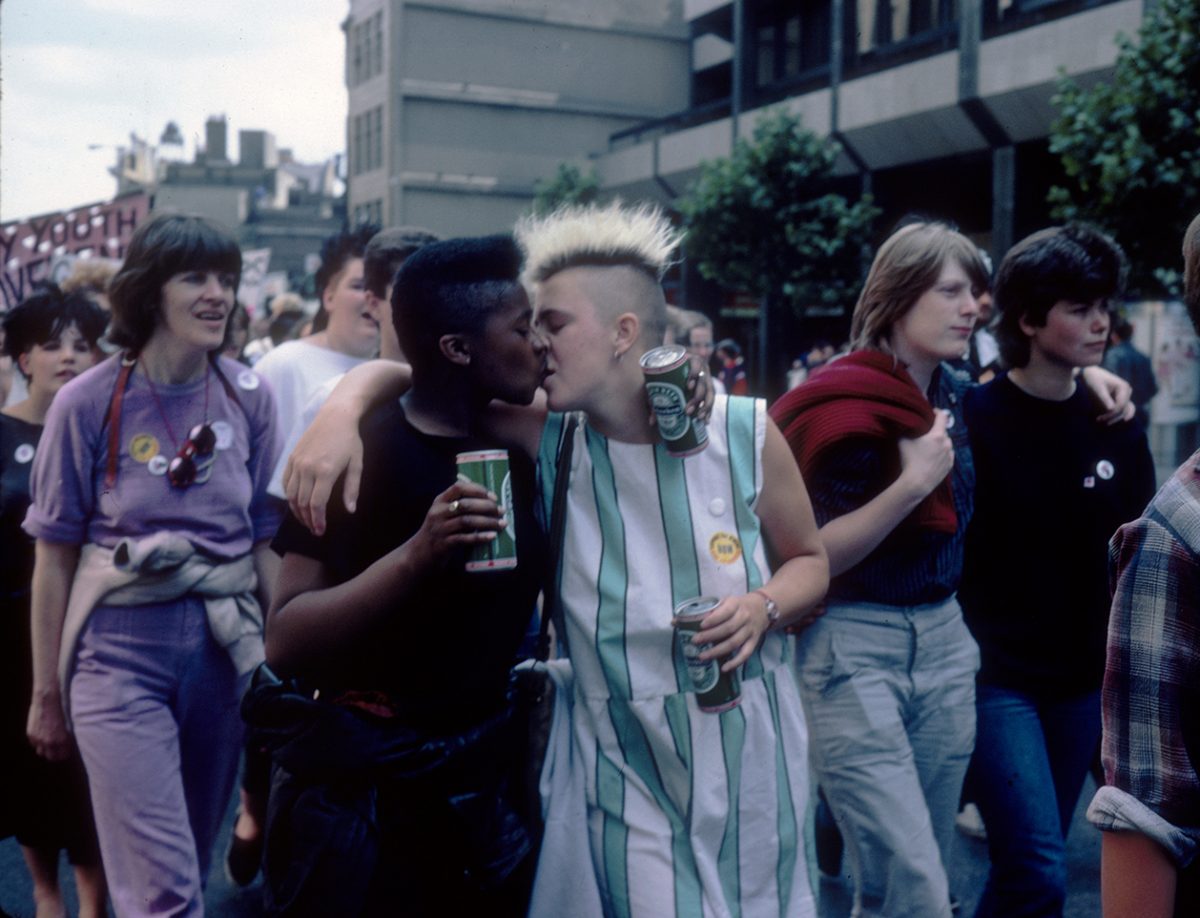 James Allen was killed by a falling plank in a wood yard, it was a tragic death for the husband from Bermondsey.

But the case became front page news in 1829 – because the world soon found out, though his wife may have known, that he was in fact a woman.

Coverage by the London Standard at the time even went so far as to say “her equivocal lord” was “beautifully shaped, and his legs and feet particularly well made”.

Allen’s wife’s father also said: “Allen was as handsome a young man as ever the sun shone upon when he married his daughter.”

The case of “The Female Husband” as she became known, is part of the long history of the transgender story which is part of an exhibition at Peckham Levels from February 15-28.

And much of the time, attitudes which seem to belong to the Stone Age, let alone the 19th century, dictated how people reacted.

In the Old Days, women and men were portrayed as having fundamentally different characteristics. The so-called “weaker sex” could not, it was assumed, do manual labour or be brave.

Thomas Walker, the ‘She-He Barman of Southwark’, cashed in on public curiosity about how a weak and feeble woman could live as a man by touring the country singing songs about his life.

Public interest in James Allen led to the publication of pamphlets and ballads. No law barred women from cross-dressing. But some were prosecuted for financial fraud – marrying a woman to take her dowry.

Since women were seen as second class citizens, and as chattels to their husbands, the temptation to cross over must have been strong. If a husband was revealed to be female, her wife was pitied – they had been fooled into a relationship with a pretend man.

When the London Standard covered the James Allen on February 4, 1829, the news article said: “There must have been some very cogent reason for such a protracted, and certainly unpleasant disguise.”

Its speculation was laced with gender assumptions which would shock a reader of today. It said: “James Allen quarrelled on Sunday, the day preceding his (or, more correctly speaking, her) death, with his wife, and struck her a severe blow over the right eye, whilst in the act of undressing her, when in a state of intoxication, and putting her to bed.

“James Allen abhorred his wife’s habits so much, that on going out to his work on Monday morning, the very day of his death (for, by way of counter-distinction, we shall speak of this individual in the masculine gender), he swore a great oath, vowing that he should never earn another shilling for her support — a prediction which was, alas, too soon too awfully fulfilled; for the reputed James Allen was that very morning killed, by a piece of timber.

“Mrs Allen received the intelligence of the death of her pretended husband with great composure. She has since resumed her maiden name, Smith; but followed him to the grave with the wound, or bruise, she received on the Sunday night visible in her face, and wears widow’s weeds for the loss of her departed equivocal lord.

“She calls her friends to witness respecting her good conduct on the trying occasion, considering the very peculiar circumstances of the case. Her father says that Allen was as handsome a young man as ever the sun shone upon when he married his daughter.

“But the widow Allen, now Smith, is a very squatty, plain, and ordinary looking woman.

“It was ascertained upon a post mortem inspection, that the pretended James Allen had suckled a child; and two surgeons out of three were of opinion that she had given given birth to a child, which, upon opening the body, with the consent of the widow, proved to have been the fact.

“A son of James Allen’s is now said to be alive, and 20 years of age. Some years ago Allen went to the East Indies to visit a brother, who had since remitted him £1,080, to be lodged in the bank, for which Allen was to receive the interest, which he declined to accept, preferring to live by the labour of his hands.

“Allen had a box near his bed, supposed to contain valuable property, which he allowed no one to approach whenever he had occasion to open it. He also was said to have had papers, notes, and bills about his person, concealed in a dirty linen wrapper or pocket; but both box and pocket have since disappeared.

“The person of the deceased was beautifully shaped, and his legs and feet particularly well made, but stuffed with flannel from top to toe, to fill up his boots and male attire.

“Some grand mystery is strongly suspected to lie at the bottom of the whole transaction but it would be uncharitable to repeat the surmises that are insinuated on this subject; still there must have been some very cogent reason for such a protracted, and certainly unpleasant disguise. “Those who knew the parties well assert that the widow Allen has been all along aware of the real sex of the deceased, who, some time ago, was dangerously ill, when Mrs Allen and another female, in her confidence, intended to lay the body out, in case of  death ensuing then, to prevent the discovery of his sex.

“James Allen was always extremely reserved, sober, and industrious  — the very reverse of Mrs Allen’s disposition, with whose failings he was, for reasons that may, perhaps, never transpire, obliged to put up.

The free exhibition is part of Southwark council’s celebration of LGBT History Month.

The Southwark QueerStory exhibition will be on at Peckham Levels from Thursday, February 15 until Wednesday, February 28 from 10am to 11pm each day.

The exhibition delves into the Southwark Archives to uncover a world of queer culture and forgotten stories.

The show also has 1930s photographs of Bermondsey lad Ralph Hall, living a life of domestic happiness with his lover Monty – and their love letters written when Ralph was posted off to war.

Pub drag culture is celebrated in the 1960s, followed by the emergence of the gay disco scene pioneered by DJ Tricky Dicky in 1970s Camberwell, as well as the saucy drag shows and boozy dancing at the Ship & Whale.

The Southwark Sappho Sisters in the 1980s is remembered, along with Peckham Black Women’s Centre Lesbians, Gay Men In Southwark and the Black Gay & Lesbian Centre. There are also details of how Southwark’s LGBTQ+ community confronted key issues in the past 20 years, campaigning against Section 28 and fighting for rights that were finally realised in the 1990s and 2000s.

Cllr Johnson Situ, cabinet member for business, culture and social regeneration, said: “This is a wonderful opportunity for people to learn about, and celebrate, the long and important history of the LGBT+ communities in Southwark and the impact they had on the national stage, paving the way for LGBT equality.”

The exhibition has been curated by Southwark council Heritage Officer Chris Scales with production support from local Peckham musician Rina Mushonga. The exhibition is supported by the Southwark LGBT Network.