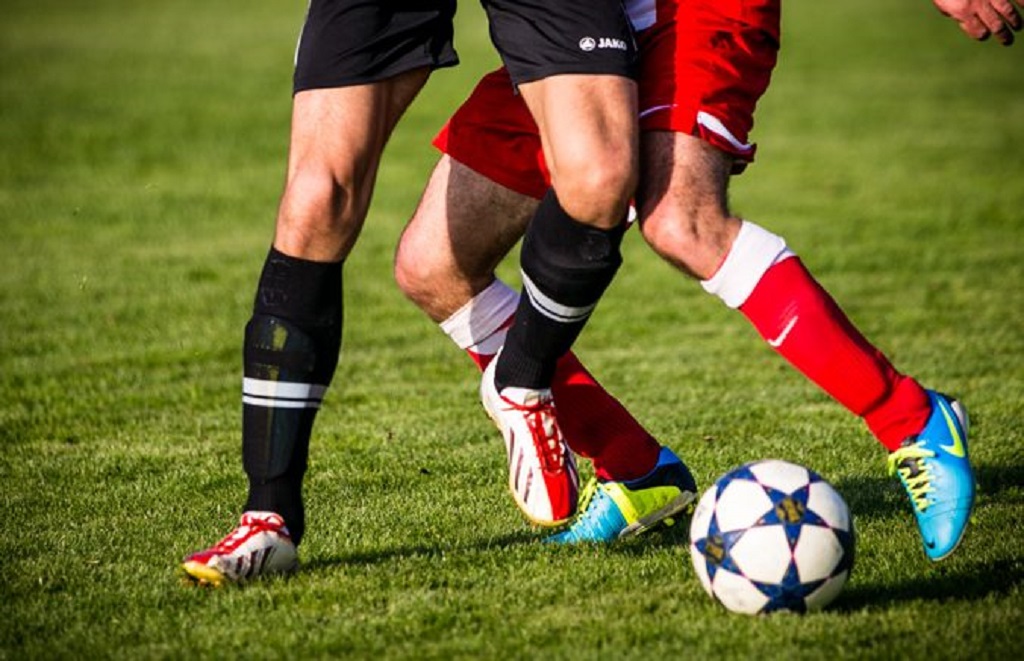 Merton Sport
13 February 201822 February 2018 Richard Cawley 0 Comments
BY RICHARD CAWLEY
richard@slpmedia.co.uk
Frank Wilson reckons Chace O’Neill has been one player to majorly benefit from Tooting & Mitcham’s improved displays – as he struck a double in Saturday’s 2-0 win over Wingate & Finchley.
The Terrors have opened up a four-point gap over bottom club Burgess Hill Town in the Bostik League Premier Division, although the latter have four games in hand.
O’Neill struck in the 20th minute before adding to his haul early in the second half. Tooting are unbeaten in four matches since a 6-2 home mauling at the hands of leaders Billericay Town.
Boss Wilson said: “Chace is one who can be such a key performer and he has been quite honest with himself that he hasn’t been at his best for most of this season.
“That’s not to be detrimental to Chace, he works hard. But he has his own high standards and knows he can step up a few gears. That’s also down to the fact the team hasn’t performed well on the whole.
“We have come into form of late and he has flourished. In the last four games he has been superb. Saturday he was a really key man. He scored a goal from 30 yards – smashed into the top corner. That is something he is capable of.
“His second was a different type of goal and just reward for hard work and endeavour. He was there to finish when we had a breakaway from our own box. We’ve got two very quick wingers and he kept up with them.”
Tooting are in London Senior Cup action at Met Police tonight.
Taking four points in quick succession off Wingate & Finchley, who dropped out of the play-off places after losing at the KNK Stadium, is a confidence boost.
“It was slightly unusual circumstances in the build-up to the game in that we played them Tuesday and then again on Saturday,” said Wilson. “It gave both managers and both groups of players a chance to feel each other out.
“We deserved more than a draw on Tuesday, although it was a good result, and we went into Saturday with a very good understanding of them.
“We were very clinical in front of goal and understood the importance of keeping a clean sheet. We were pretty immaculate at the back.
“We’re in a bit of a consistent spell. We’ve played well in the last four games and got four good results. The players are getting their reward.”