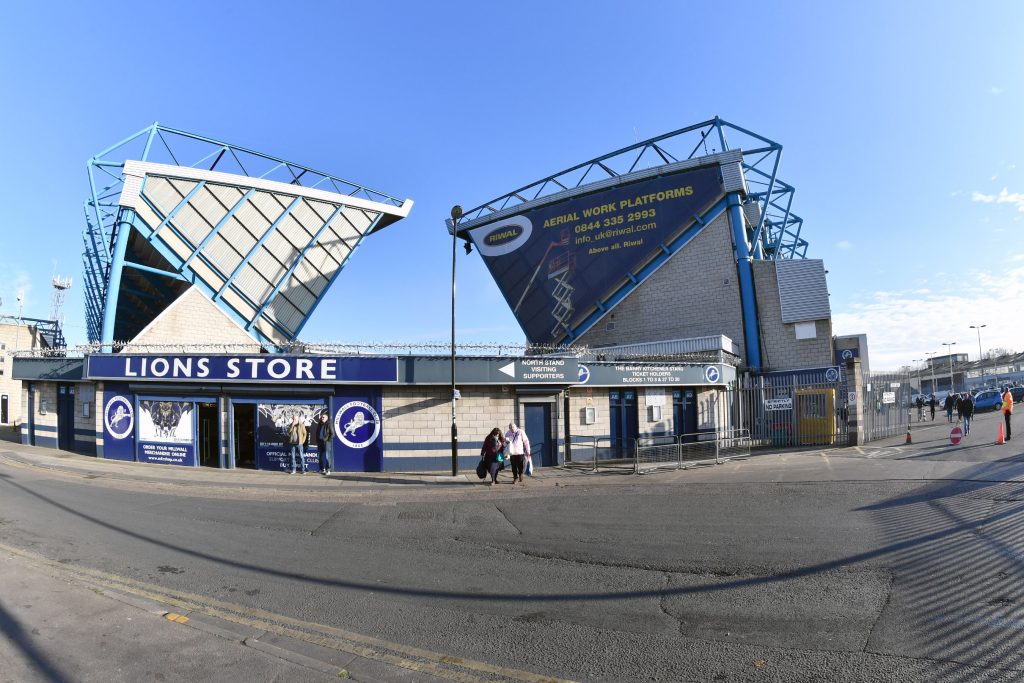 Millwall’s chairman has converted £10m of the Championship club’s debt into shares, in a declaration of intent that he will not be forced out by attempts to grab land around the club’s stadium.

Den supremo John Berylson used his company Chestnut Hill Ventures to buy the stake in exchange for money the Lions owed him.
It brings his total investment in the club to an estimated £60million and is a sign Millwall’s main shareholder intends to fight on amidst a bid by Lewisham council to acquire three pockets of land around the ground,to allow developers Renewal to build 2,400 homes and a £40million sports complex there, Energise.

The board of the SE16 club on December 15 agreed to allow him to buy up to £20million of new shares to boost club coffers, in case they need cash quickly.
The money could help buy an expensive player or inject finance into the structure or building work, if needed.
But it also signals the American multi-millionaire will not walk away in the near future, despite having already invested £50m, with no return.
That should reassure fans that he will not back down in the ongoing regeneration battle with Lewisham council, which wants to seize its car park, the Lions Centre and a memorial garden, all on plots beside The Den.
Lewisham town hall chiefs want to use a compulsory purchase order (CPO) to seize the three plots and turn them over to developers Renewal, who plan to build 2,400 homes and a £40m leisure centre, Energise, around the ground.
A statement today from the club said: “In his report into the proposed development of Surrey Canal Triangle/New Bermondsey, published in November 2017, Lord Dyson incorporated a letter from property company Renewal to Lewisham Council in 2011. In that letter, which Millwall had never previously seen, Renewal cast doubt on the financial strength and stability of The Lions and even suggested to the Mayor that the club could go into administration at any moment.

“Berylson remonstrated with Lord Dyson in a letter earlier in December 2017 and challenged Renewal’s ill-considered and unanswered amateur assessment of the financial position of the club. Lord Dyson chose not to address that particular complaint by the chairman, even though it had been pointed out that such statements appearing in the public domain could do considerable damage to the reputation and financial standing of Millwall.

“Actions speak louder than words and the considerable strengthening of the balance sheet is a clear demonstration of the support that Millwall enjoys from its principal shareholder. By contrast with Renewal plc, whose shareholders remain opaquely based in the BVI and the Isle of Man beyond the scrutiny of full financial due diligence, Millwall’s shareholders remain open and transparent to any due diligence process that Lewisham Council may wish to initiate as it decides how to progress the much-needed development of the New Bermondsey site adjoining our stadium.”

Dyson said in his reply to Berylson, published in the South London Press on December 19 that thee club had three opportunities to make its case which he believed was “ample opportunity” to put their case.

He said: “I understand that you (and others) are disappointed that my terms of reference were restric ted to the question of whether members and/or officers of the council had acted improperly in relation to the matters set out at paragraph 21 of the report.

“Your main point seems to be that you and the community were more interested in the appropriateness of the council decisions than the propriety of its members and officers in making them.

“But I made it clear from the outset when I published my opening statement that I would not be considering the appropriateness of the decisions.

“In writing the report, I was careful to limit my findings and conclusions to my terms of reference. In doing so, I included some of the complex history and a certain amount of background material.

“Many of your complaints are about what I chose to include and not include as part of that history and background material.

“But none of that was material to my conclusions on the central issues that I had to decide. In so far as your letter deals with those parts of the report that are directly relevant to those conclusions, it expresses disagreement with them in a number of respects. Many of the points that you make were made previously by you on the three occasions when MFC made representations to me (the initial written representations, the oral evidence and the further written representations).

I stand by my report, its findings and conclusions. You have had ample opportunity to put your case. I am not willing to answer your detailed criticisms.

I regret to say that I consider that your complaint of ‘unconscious bias towards Lewisham council and Renewal from start to finish in your report’ is without foundation. You complain in section 1 that I give the impression that the controversies have been essentially between MFC on the one hand and Renewal
and the council on the other.
“If the report gives that impression, that is becausemost of the detailed allegations of impropriety were
made by MFC, whether by Eversheds, its solicitors at the time, or by you and your witnesses during the Inquiry. I felt thatI had to deal with each of those allegations carefully and in detail.
“The questions that you ask at the end of the letter fall into a number of categories, all directed at
undermining the integrity of my report.
“I stand by my report as published and would emphasise that the council was scrupulous in not seeking
in any way to interfere with my independence or my ability to conduct the Inquiry as I saw fit.”