If Millwall are serious about achieving a top-six Championship place, they didn’t show it in this performance.

It seems as if every time the Lions get within touching distance of those play-off places, they don’t have the know-how to make that leap and grab it with both hands.

That was evident at the DW Stadium. It was a lacklustre performance that failed to warm the hands of the 697 travelling Millwall fans on a cold and wet day. 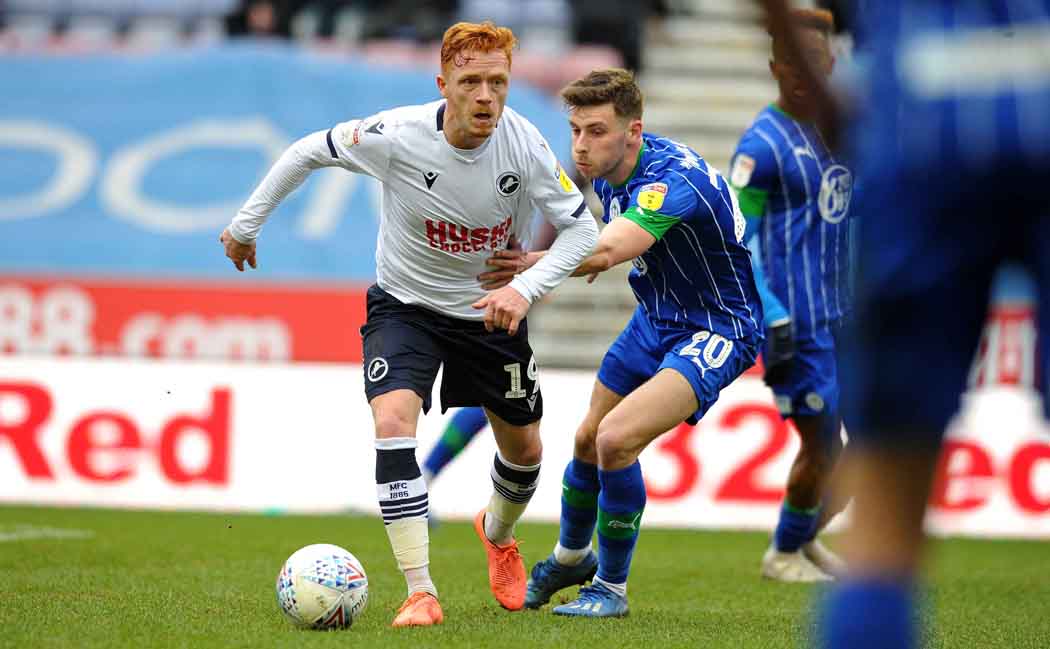 Cast your mind back to December 21 when Barnsley ran out 2-1 winners at The Den. That was what this game felt like. A lack of energy and willingness to get the ball forward. Too many times the ball went sideways when it could have gone forward. It was a tough afternoon for Tom Bradshaw, who was starved of service up front.

Comparing Millwall’s record against those in the top half of the table to those in the bottom half is telling. The Lions have taken 26 points off the 10 teams above them compared to 22 off the 13 teams below them. It might not look like much, but when you delve deeper you see that only one point has been collected  from four matches against Wigan and Barnsley. 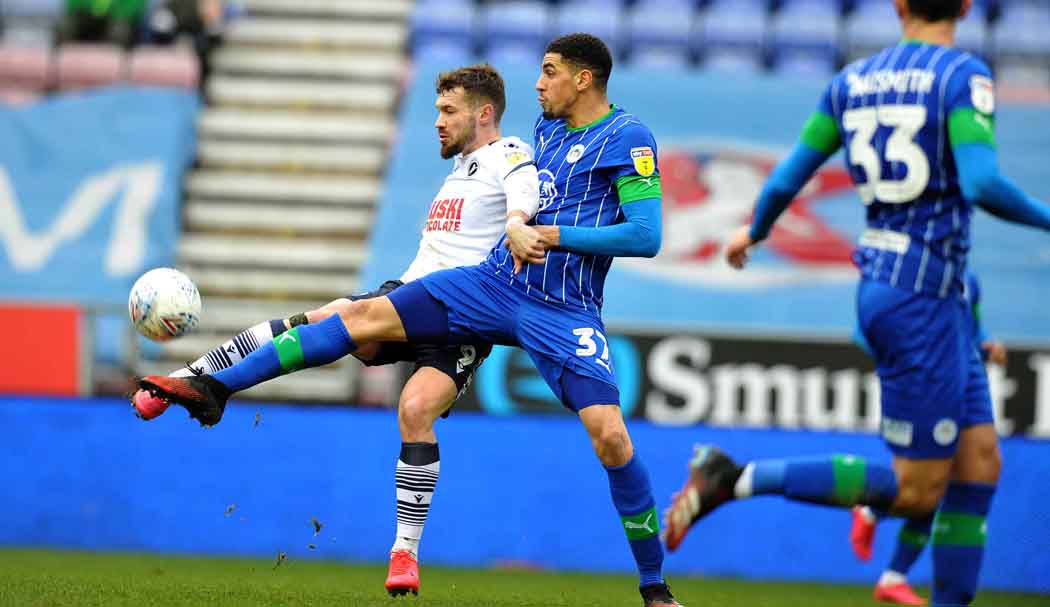 Last season was similar. Rotherham, Bolton and Ipswich were all relegated and Millwall only picked up eight points from a possible 18, six of those coming against Ipswich.

Millwall didn’t get the rub of the green. The foul on Ryan Woods by Nathan Byrne should have been a penalty – not a free-kick. 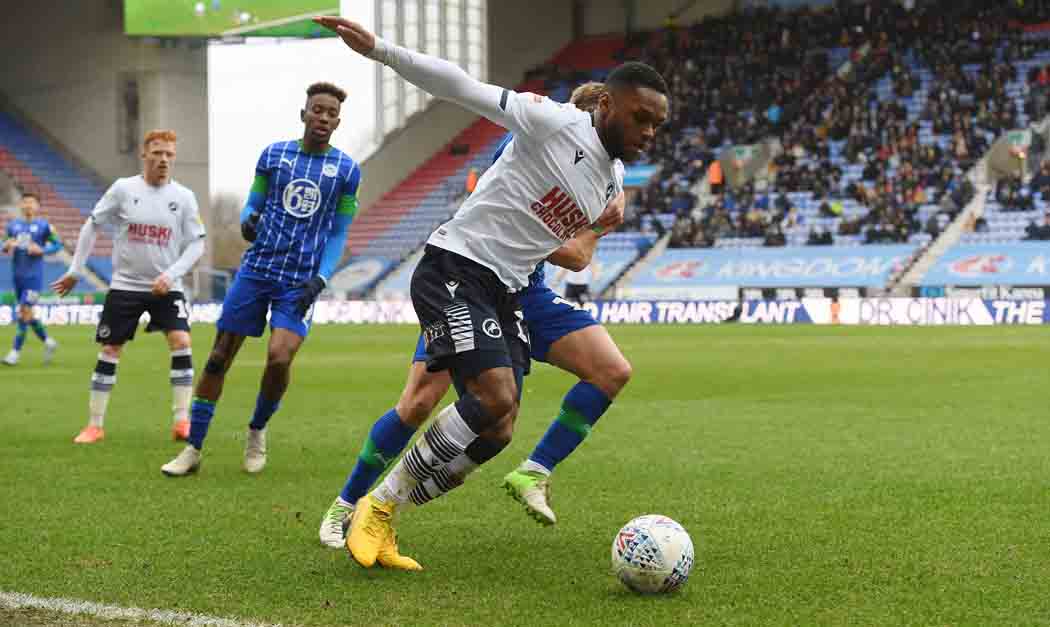 But the biggest disappointment was this performance couldn’t have been much more different from last week’s win at Preston. From the get-go, Preston were not given time or space on the ball whereas the Lions were flat on Saturday. There was no urgency to win the ball and get it forward.

Wigan started better. Anthony Pilkington’s cross just evaded Wales striker Kieffer Moore, who did not have the greatest of afternoons. Had he taken the chances presented to him then the scoreline would have been a lot more comfortable for Paul Cook’s side. 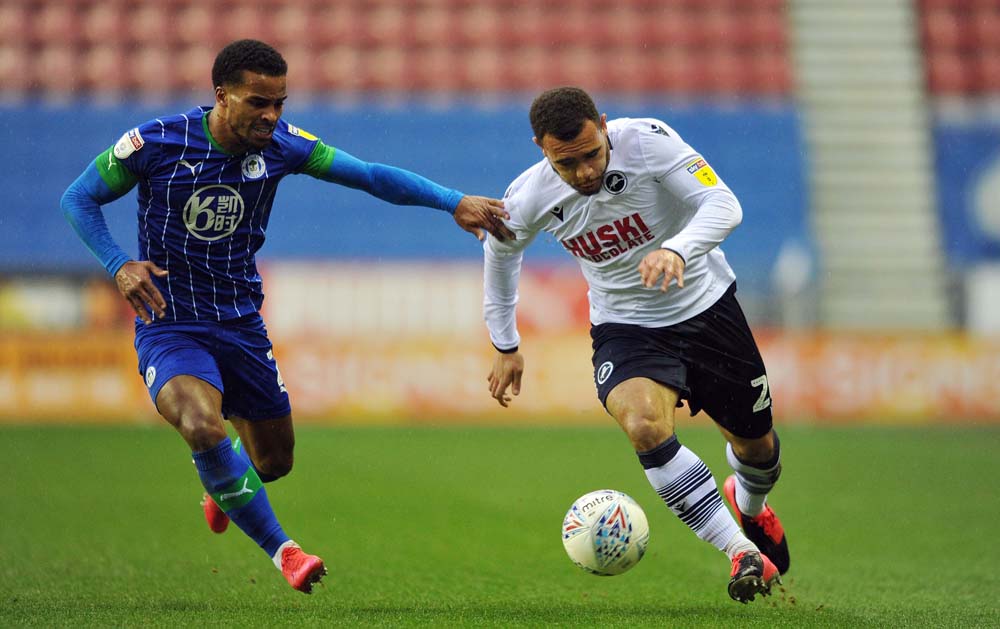 Gary Rowett’s side should have opened the scoring at the start of the second half.  Tom Bradshaw will be baffled how he managed to put the ball wide of a virtually open goal after David Marshall had dropped Jed Wallace’s cross.

Although, it was a tame performance by Millwall, Bart Bialkowski was relatively untroubled. He made two saves from Pilkington in the second half – one before and after Shaun Hutchinson’s own goal. He also made a smart stop from Moore in the first half.

There was a positive for Millwall. 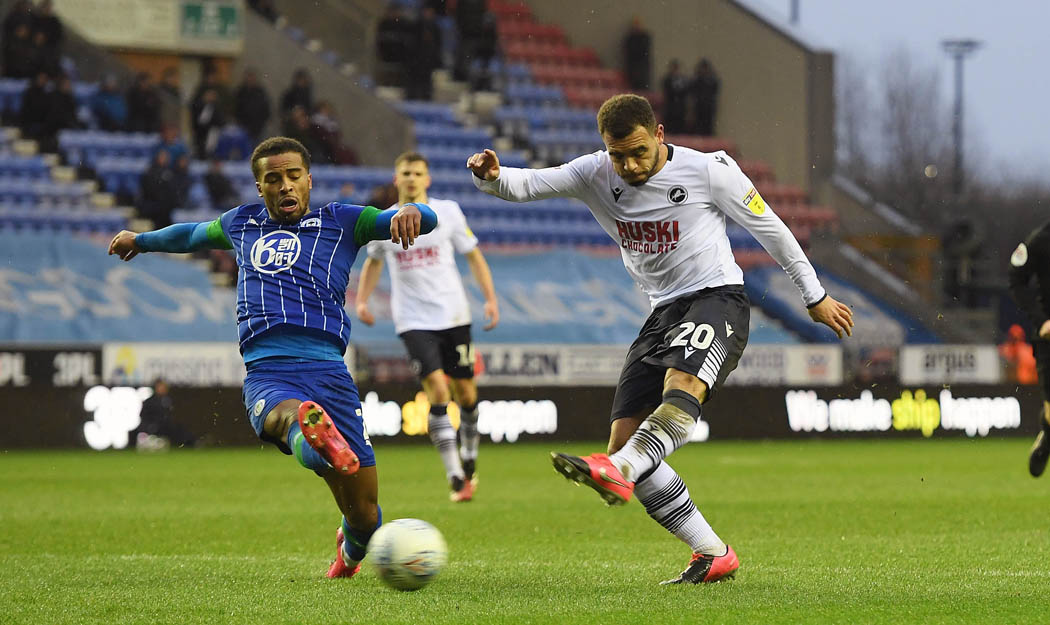 Mason Bennett was introduced as a 64th-minute substitute and made an impact.

The 23-year-old made his first appearance for the Lions since joining from Derby County on loan for the rest of the season. He got stuck in and created a couple of chances as well as having a go himself when the ball popped up nicely for him on the edge of the box. His final effort was perhaps a reflection that he has not played a lot of football in the last three months.

The one word that comes out of this is frustration.  You could see it in the eyes of Millwall manager Gary Rowett and hear it in his voice in his post-match press conference.

His side have worked so hard to get themselves into the play-off reckoning but it seems with the gap now at seven points once again they are going to have to work extremely hard if their quest for the top six is to be achieved. 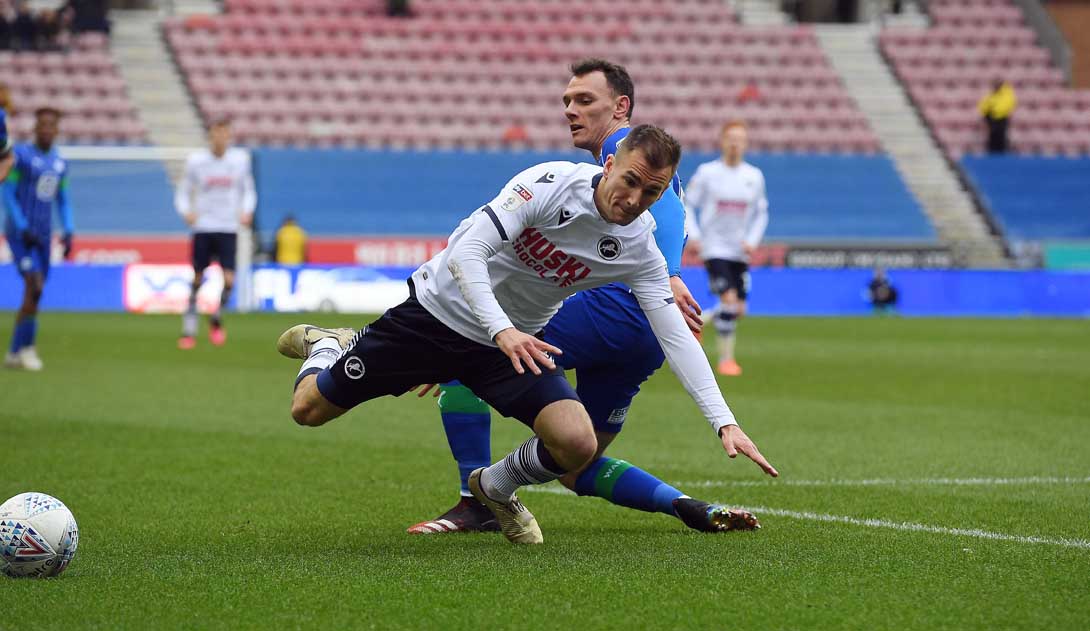 But in the Championship everything can change at the drop of hat. The Lions return to The Den for two big home games.

Aston Villa had 45 points and were 11th at the same stage of last season. Millwall are in the same position with four more points.

Never rule anything out in the Championship, however unlikely it may seem.