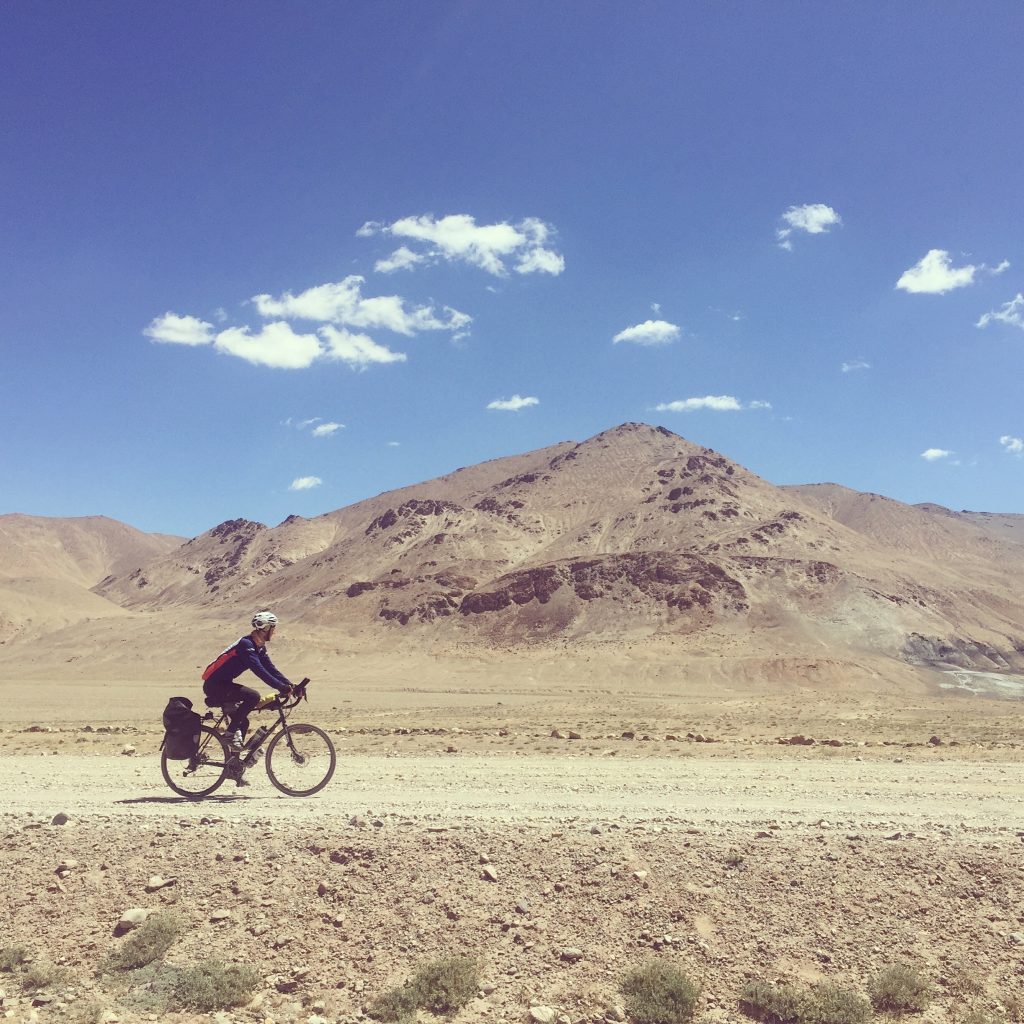 Charles Stevens has already proved he has the stamina to cycle 10,000 miles along the ancient world’s most crucial trade route.

Now he’s about to travel the same distance, through some of the remotest areas of the world, along what many believe will be the “Silk Road” of the 21st Century – and he plans to prove it.

“It will be the axis for a new world order,” he said. “This trip is much more about how the changes along the route from London to China will affect the UK. The corridor we will travel is remapping the world’s economic landscape, pulling investment away from the West.

“In 30 years, we will all be asking why China is by then the world’s biggest superpower. We want to provide the answer earlier than that.

“Anything which will impact so many of our lives should be studied.” The 21-year-old St Andrews University history student from The Chase, Clapham, was half of the youngest duo to cycle the length of the Silk Road, completing the journey in 114 days with school friend Will Hsu in 2016.

This time he will lead a team of four, including Hsu, driving 10,000 miles in 60 days along the Belt Road corridor – what he believes will be the most important trade route in the world within a few years, which takes in 65 countries, totalling about 65 per cent of global economic output.

The journey from London to Yiwu – nearly half way around the planet – which will cost £10,000, from June this year, will take the team along the world’s most strategically important journey – and one which will be crucial to all British citizens, especially after Brexit.

Charles is making sure much of the journey is captured on film so it can also be turned into a TV series. He is in talks with BBC World Service about a documentary.

Historian Peter Frankopan, whose book The Silk Road was made into a BBC documentary series, is the patron and honorary chairman of the expedition.

Charles, whose great-grandfather Arthur Stevens invented the hearing aid, had to work as a shop assistant at Waitrose and the White Company to save some of the cost.

He said: “I want everyone in the UK to know about what is happening down this route.

“It is the reason why for the first time in 250 years, Western ideas, religion and politics are not at the vanguard of world development. The centre of gravity is shifting eastwards.

“I hope it will be enjoyable but it will also be hard work.

“Our expedition will be the first-ever attempt to drive along the full length of theworld’s next great trade route – a nexus of power, culture and commerce that now sits at the heart of China’s foreign affairs.

“We aim to investigate the challenges posed along this era-defining project, which will transform the global economic landscape.” But the project is also about the people whose lives are being shaken up by this initiative, as it is about infrastructure on a staggering scale.

Along the route, they will interview politicians, business leaders and strategists visualising these projects, as well as the workers building them and the real people whose lives are being affected by them.

“Our route intermingles with the historic Silk Road and will provide a compelling basis to link it to China’s new initiative,” said Charles.

“We will pass through the remote and beautiful lands of the South Causcuses, Iran and Central Asia, as well as visiting the remarkable legacies and architectural monuments of this trade route during its heyday, millennia ago.

“We are thrilled that our funding is nearly secured. We are in very encouraging talks with Fiat-Chrysler to secure a vehicle which we hope to be finalised by the end of the month. All the forms are in place to start applying for visas at the end of March.

“We will build up awareness of the changes going on and make contacts with people on projects in the places we will visit – academics, journalists, think-tanks, institutes and organisations.

“The changes will have a direct affect on the UK in the coming decades. We want to increase awareness in both the UK and internationally about this revolutionary project which will transform global trade routes.

“The story we will tell is as much about successful cooperation as it is about the tensions emerging along its key corridors.”

Charles’ grandfather Bob Guerra was also an explorer – he mapped much of remote Central America.

Also on the team is Rob Krawczyk, an architecture postgraduate at Goldsmith College, New Cross, who will study the creation of cities along the route from Kazakhstan to Yiwu.