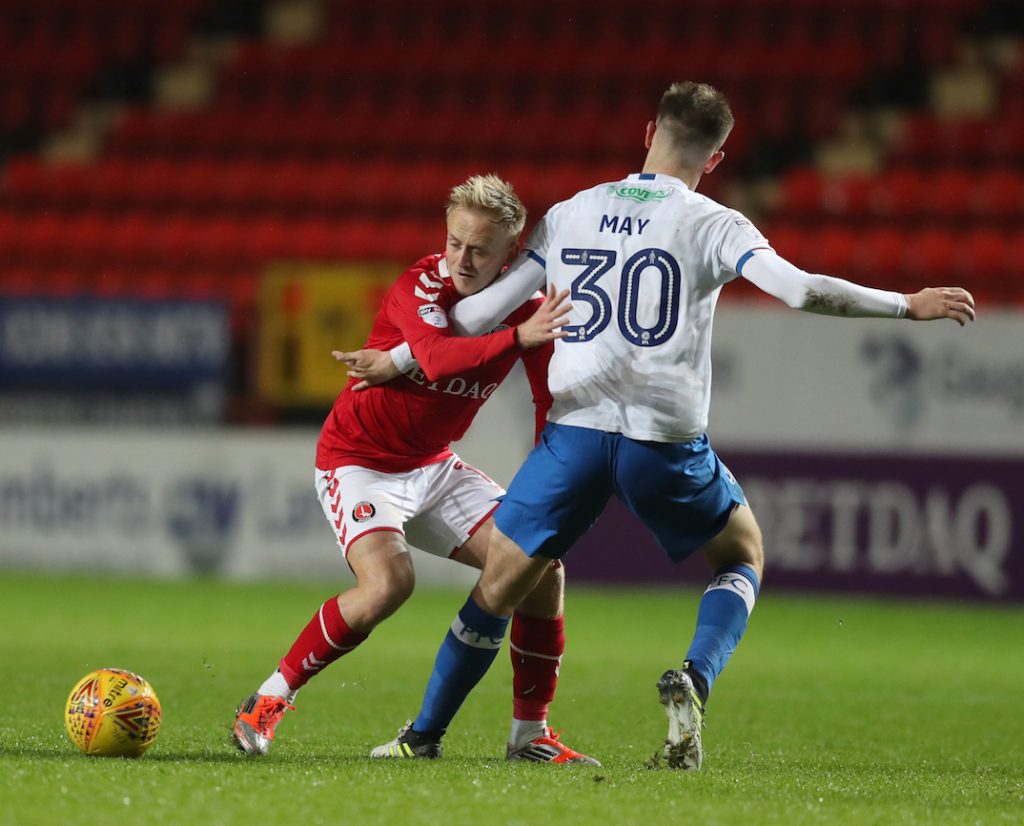 Charlton face an away trip in the next round of the EFL Trophy after a 1-0 defeat to Portsmouth tonight.

The Addicks were guaranteed passage to the knockout stage after their 3-2 comeback victory against Fulham under-21s last Wednesday.

But there was to be no late drama this time around. Naby Sarr slid in to put Ricky Holmes’ pinpoint cross over in the closing minutes.

Robinson revealed that the big French defender could be an option to play in the Charlton attack.

“It is something I’ve questioned for a lot of the season – he is 6ft 4ins tall, and technically excellent.

“It is something we might use in our league campaign. There won’t be many bigger strikers and he is good with his feet.”

Robinson picked a strong side with Sarr, Patrick Bauer, Ahmed Kashi, Tariqe Fosu and Billy Clarke all named in the starting line-up. Holmes, Ben Reeves and Jake Forster-Caskey were included on the bench.

Fosu was an early casualty, no chances being taken when he felt a tightness in his calf.

Main punished a purely executed offside trap to net the only goal on a wet but far from wild evening in SE7.

Anfernee Dijksteel failed to keep his header down from a deep Karlan Ahearne-Grant shot in the 65th minute.

The defeat prevents Charlton extending their nine-game unbeaten record in all competitions.