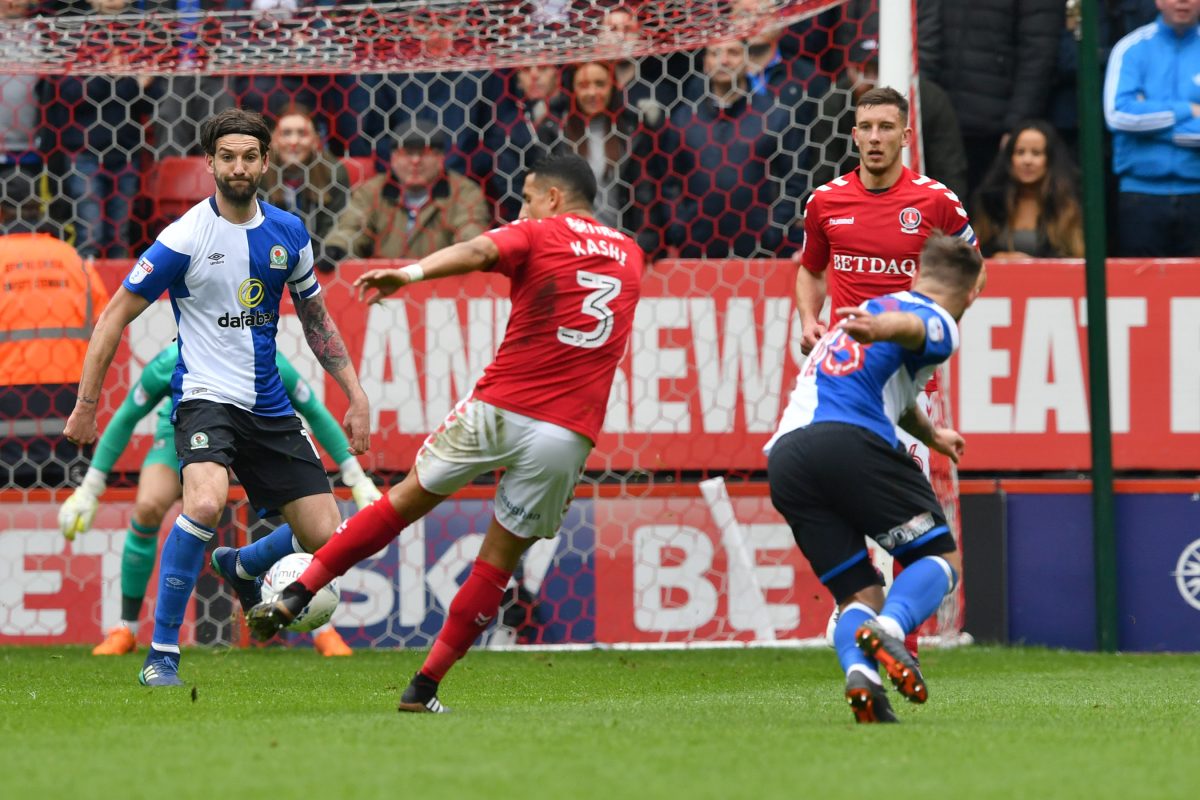 Charlton Athletic put in a performance full of grit and fight as they emerged 1-0 winners over promoted Blackburn Rovers.

The Addicks could still be joining Tony Mowbray’s side in the Championship next season as they once again displayed the steel which has been added under caretaker boss Lee Bowyer.

The goal had a big slice of luck to it. Ahmed Kashi’s shot deflected off Jason Pearce and wrongfooted Jayson Leutwiler to give the home side a 19th minute lead.

And there was more fortune in the second half as Dominic Samuel’s header came down off the underside of the Addicks crossbar before being cleared to safety.

The first 45 minutes lacked meaningful scoring chances as Charlton’s work-rate and discipline to their defensive shape prevented Blackburn, who made six changes and were missing talisman Bradley Dack, from opening them up.

Addicks keeper Ben Amos made at least three vital saves to keep his side ahead after the restart.

He pushed away Jack Payne’s low strike and also instinctively swatted another dangerous moment away.

Mark Marshall was on hand to clear when Richie Smallwood was fed through but luckily the Rovers midfielder got his angles wrong.

Charlton had left-back Lewis Page stretchered off early in the second half but once again toughed out testing moments to keep their clean sheet intact.

Leutwiler parried away a late Jake Forster-Caskey shot which could have eased nerves before seven minutes of added time.

Charlton are fifth in the table but Plymouth’s last-gasp 2-1 win over Rotherham United means that the last two play-off positions will go to the final day of the League One campaign.

The Addicks are at Rochdale next Sunday, who lost 2-1 to Oxford – a result which dropped them into the bottom four.