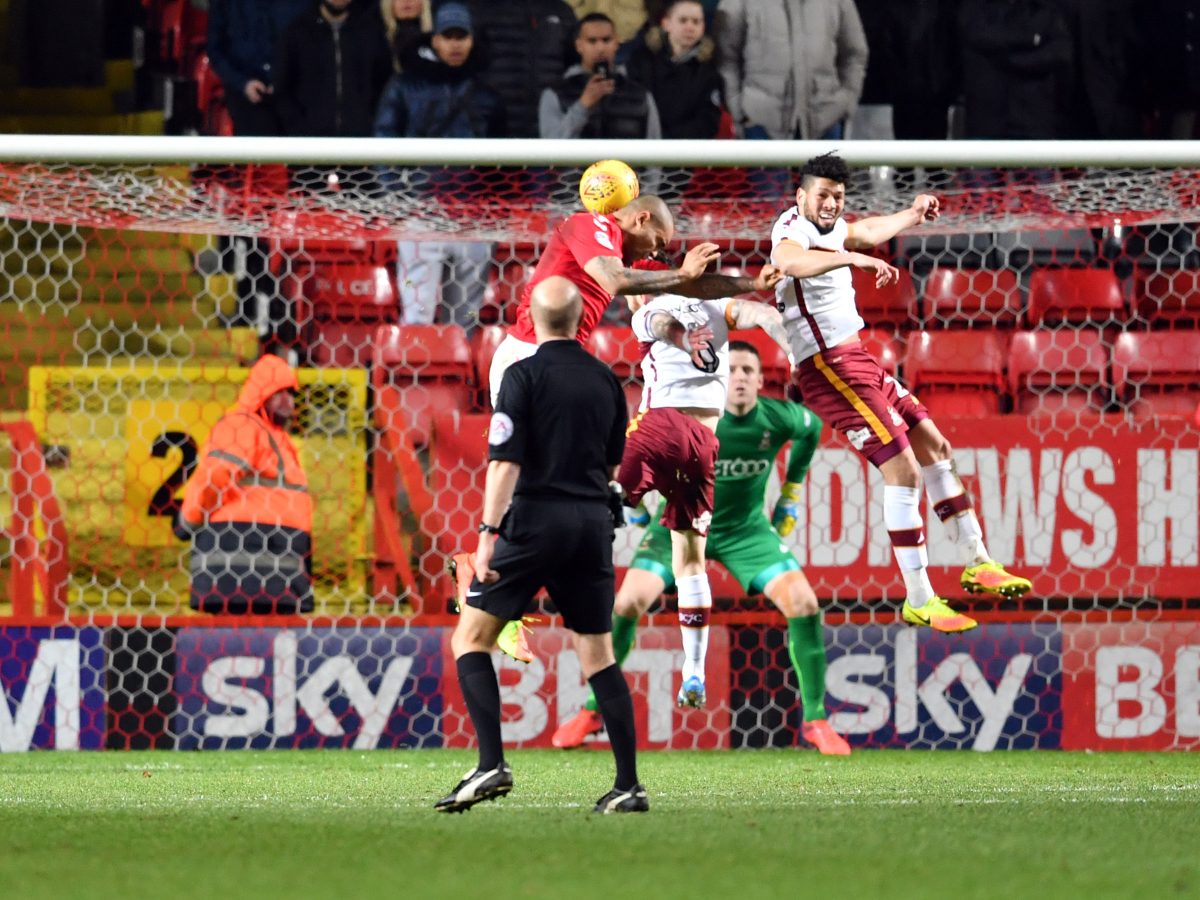 Charlton’s inability to hold onto a lead is proving a major hindrance to their play-off hopes after they were once again pegged back by a late equaliser.

The Addicks took the lead through Josh Magennis’ 24th-minute header but were not totally convincing during that period.

And they had plenty of warnings from Bradford in the second half as their goal led a charmed life before Tyrell Robinson deservedly got Simon Grayson’s side back on level terms with 10 minutes to go.

The Addicks started impressively and former Bradford winger Mark Marshall was denied an early goal when his fourth-minute shot was pushed onto the post by Colin Doyle.

But after that, Charlton’s influence and domination of the play waned in the final 20 minutes of the half.

Despite that they still got in front thanks to a driving run by Tariqe Fosu, Marshall supplying the cross for Magennis to just about squeeze his header past Doyle.

Bradford were largely toothless until the second period, but they had more than enough opportunities after that to secure all three points.

Amos needed to make a save to keep out former Charlton left-back Adam Chicksen on 51 minutes and Magennis heroically cleared off his own line from Paul Taylor. Tony McMahon’s free-kick crashed down off the crossbar.

Bradford finally got their rewards with 10 minutes to go. Charlie Wyke’s cross from the right was met emphatically by Robinson to make it 1-1.

Fosu scooped wide from a Marshall cross as the Addicks had a chance to quickly get their noses back in front.

Charlton huffed and puffed in the closing stages but failed to test Doyle anywhere near enough, with the home support making their frustrations clear at the full-time whistle.