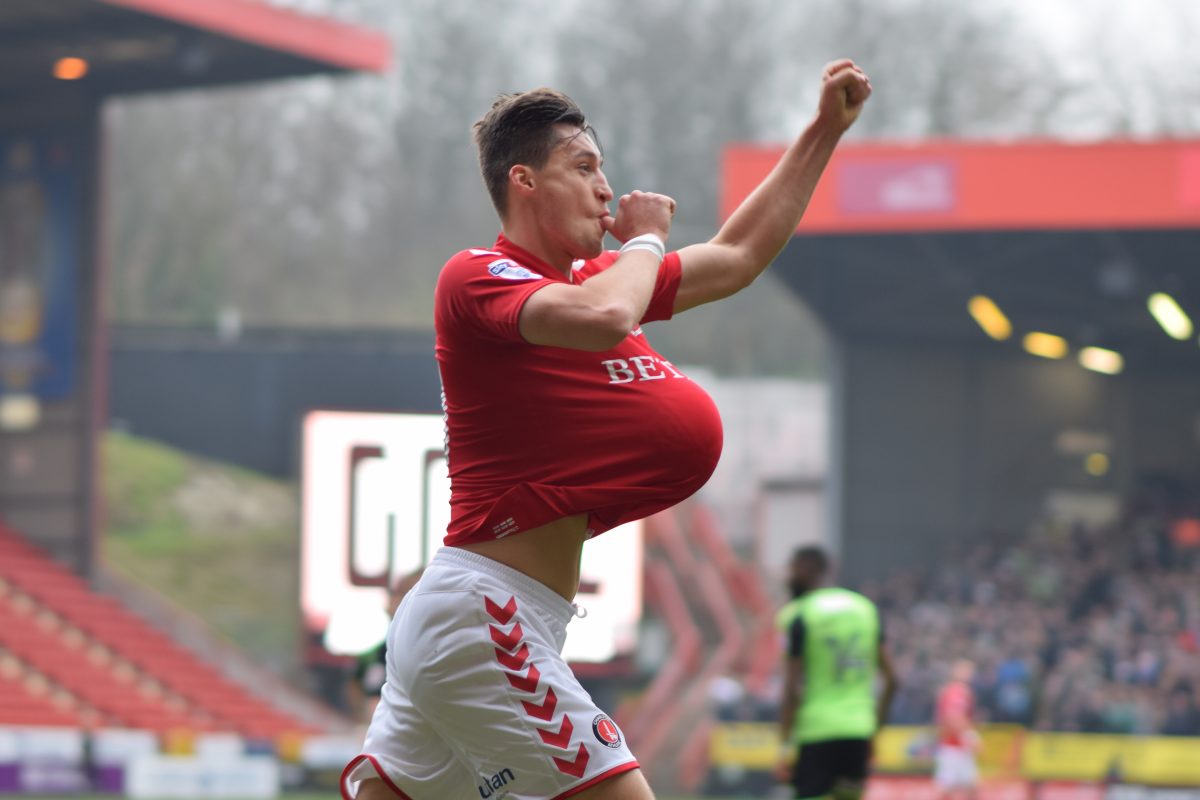 Reports of Charlton Athletic’s play-off demise may have been greatly exaggerated.

Saturday felt like a must-win for new caretaker manager Lee Bowyer and goals from Lewis Page and Michal Zyro secured exactly that.

It felt like the Addicks needed a reset from the negative mood which had smothered The Valley in recent outings and the appointment of one of their former players certainly had a positive effect in that respect.

And while it helped that the South Londoners broke the deadlock early, and were 2-0 up before the 20-minute mark, this was also a performance which saw the entire home side step up and perform when it mattered. A defeat would have pretty much killed off their top-six prospects. Instead they are back in the hunt. Those are the fine margins when you get to this juncture of the campaign.

Charlton are just two points behind the play-offs and with a game in hand on sixth-placed Peterborough United.

Charlton’s temporary boss would have hoped for a dream start – and he got exactly that.

Page’s career for the South Londoners has been a succession of injuries up until now, but he produced an excellent opening goal with just four minutes on the clock.

From the edge of the box he produced a dipping left-footed strike which clipped down off the bar on its trajectory past Remi Matthews.

The Addicks’ formation was 4-3-1-2 with Tariqe Fosu nestled between Zyro and Nicky Ajose.

And Charlton’s positivity from the opening whistle was further rewarded on 17 minutes as Zyro had his second goal since his loan move from Wolves. Joe Aribo put pace on the ball from the right-hand side and the Polish attacker managed to nod the ball in from close-range, although it looked like he did not get the cleanest of connections.

Matthews was lucky to escape a booking for handling outside his area before the keeper made a timely connection to keep out Patrick Bauer’s header from Jake Forster-Caskey’s corner.

Plymouth – stunned by the opening riposte from previously out-of-sorts opponents – began to make their own inroads and Ryan Taylor’s precise clipped finish came back off the right post.

Graham Carey drilled another attempt across the face of goal – adamant that Ben Amos had got a crucial touch.

Matthews had to push away Ajose’s volley just before the break after Bauer’s header dropped nicely for him.

If Charlton were expecting a response from Argyle – second only to Rotherham United in the form guide for the last 10 matches – they were to be left happily disappointed.

Bowyer’s side were in control and Fosu tried his luck twice – one going wide of the far post and the other finding the side-netting – while Ajose’s volley was pushed away for a corner by Matthews.

Carey did snap a shot over the crossbar on 76 minutes but Amos was underneath the effort.

Zyro, who celebrated his goal by tucking the ball under his shirt which seemed to signal a new arrival is due, failed to get enough bend on a strike from the edge of the box.

Great strength from Aribo saw him hold off a challenger before slipping in Zyro on the right of the box on 86 minutes but he could only fire across the face of goal.