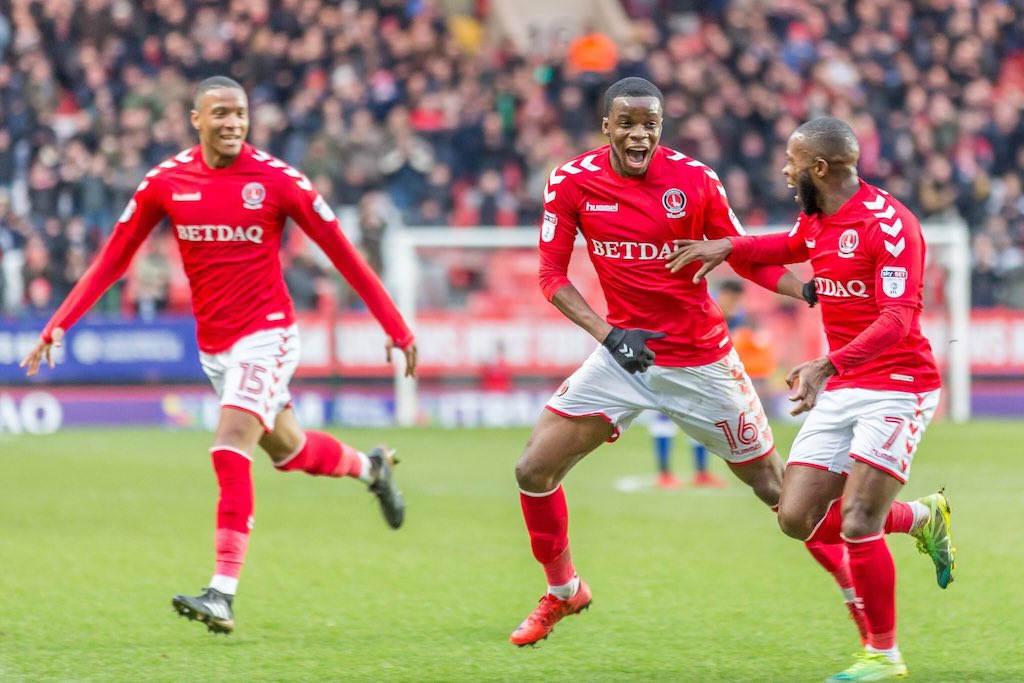 Stephy Mavididi’s first ever goal in senior football earned a first league win in nine for Charlton as they edged Oldham out 1-0.

The 19-year-old Arsenal-loanee notched 28 minutes into his second Addicks debut, having returned from the north Londoners during the week. Oldham rallied in the second-half but the home side held on for a valuable three points.

Ricky Holmes opened the scoring in the reverse fixture in September with a spectacular strike from distance and nearly repeated the trick here – only to see his 35-yard thunderbolt rebound off the crossbar in the opening exchanges.

Mavididi was then penalised for simulation in the Oldham half, before Rob Hunt dragged wide from outside the area for the visitors.

The visitors defended resolutely and it would take something special to break the deadlock – and it was provided by the on-loan Arsenal youngster just before the half-hour mark.

Mavididi collected the ball outside the Latics’ area before setting off on a weaving run past a number of flummoxed defenders and beating goalkeeper Johny Placide with a low drive at his near post.

Hunt looked to reply immediately for Richie Wellens’ men but curled wide from outside the area, as the hosts held onto their advantage at the interval.

Ben Amos had to be alert early in the second-period as Aaron Holloway pressurised Patrick Bauer into a mistake but the Addicks keeper was out quickly to smother the Oldham man’s effort on goal.

Holmes was next to try his luck from Mavididi’s pull-back, but saw his goal-bound shot deflect wide off teammate Josh Magennis, who was stood in an offside position, before Holmes then saw a left-footed curler tipped around the post by Placide.

Oldham enjoyed plenty of possession as they looked for a way back into contest and had two big chances in quick succession in the final ten minutes – and they both fell to Holloway.

Firstly the Latics’ striker was once again denied by Amos from close-range as he collected a cross on the turn, before Magennis got his body in the way as Holloway fired a loose ball at goal after a corner.

Charlton had three big opportunities to kill the game off but substitutes Karlan Ahearne-Grant and Johnnie Jackson, as well as winger Mark Marshall all saw efforts blocked in the closing stages.

It mattered not though as the Addicks held on to record their first league win since mid-November – a result that leaves them just one point shy of a play-off place.