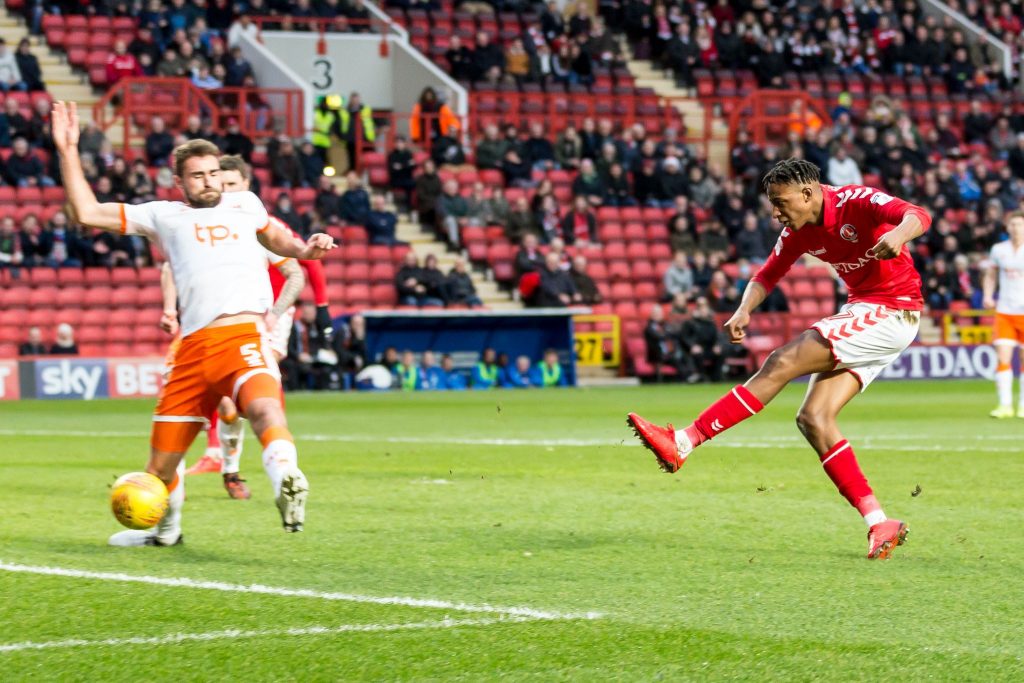 Clark Robertson grabbed a late equaliser for Blackpool as an injury-hit Charlton Athletic could not hold onto the lead handed them by Joe Aribo.

The midfielder netted his first league goal for the Addicks with a superb piece of individual play on the quarter-hour mark.

But Leon Best failed to take a chance to extend the hosts’ lead when he fired wide of the far post after Josh Magennis rolled the ball perfectly into his path.

Robertson levelled things up as Charlton failed to defend a Blackpool free-kick. Naby Sarr’s header actually created a bigger problem for the Addicks and the defender managed to force home.

The South Londoners are still sixth but injuries continue to dog them. Manager Karl Robinson looked to the sky after Best was forced off in the second half with a hamstring strain. Chris Solly was also unavailable with a calf injury that could take a couple of weeks to clear up.

It is just one win in League One since October 28 and Blackpool, on a six-game winless spell, were poor opposition but still managed to retrieve a result at the death. How Charlton could do with the likes of Ricky Holmes, Tariqe Fosu, Jason Pearce and Patrick Bauer back fit.

Aribo made it 1-0 on 14 minutes. Sarr’s pass picked out the youngster and he made the most of the space afforded him to dribble his way into the box and finish smartly past Ben Williams.

Magennis worked hard but missed a half-chance when Mark Marshall’s cross was volleyed over the bar.

Williams saved point-blank from Best just before the half-hour as he met Jay Dasilva’s cross and shortly afterwards spurned Charlton’s best opportunity to gain a two-goal cushion. Instead he could only drive his shot across the face of goal.

The second-half was low on quality with Williams not having another major save of note to make.

And Blackpool made the Addicks pay for that lack of cutting edge as they found a late leveller.