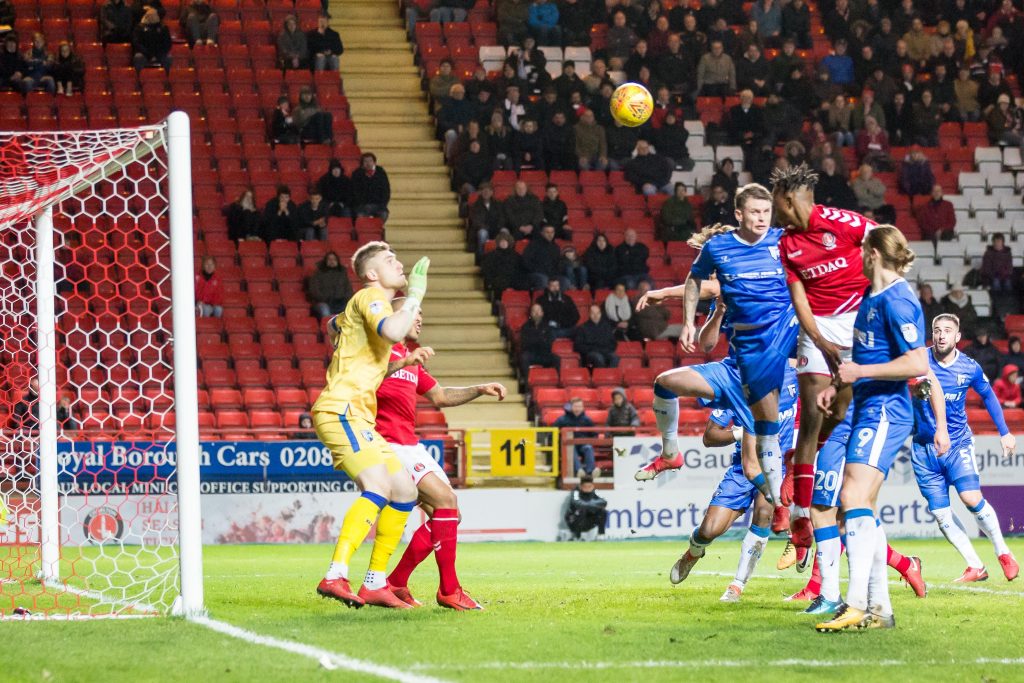 Charlton extended their winless run to seven League One games as Gillingham did the double over the South London club.

The Addicks had given themselves a mountain to climb as they trailed 2-0 at the break.

Josh Parker and Tom Eaves struck for Gillingham as the hosts struggled to contain the latter.

Charlton were booed off at half-time after a dreadful opening 45 minutes.

They could have been trailing as early as the third minute but Ben Amos made a fine close-range save to deny Eaves, who looked certain to score.

But it was 1-0 on 11 minutes. Eaves had caused Naby Sarr problems from the very start and he turned the young French defender – who initially resorted to shirt-tugging before he got into the box-  and produced a low cross which was drilled in by Josh Parker.

Charlton’s patient approach of passing out from the back had worn thin on the home support – especially as it lacked any penetration. It smacked more of a side who are low on confidence, no-one stepping to the fore to try and make something happen.

Gillingham extended their lead on 33 minutes. Luke O’Neill broke down the right wing and his low cross was met first by Eaves, who prodded past Amos.

It summed up Charlton’s half that Ricky Holmes handled as he looked to spark a counter-attack and conceded a free-kick in shooting distance, O’Neill producing a dipping effort which narrowly went over.

Tomas Holy did not have a major save to make as the hosts laboured.

It was hard to see a comeback materialising with Gillingham stronger, sharper and quicker in the first period.

Charlton manager Karl Robinson made changes as Leon Best and Aribo were introduced for Ben Reeves and Jake Forster-Caskey.

And just 52 seconds in, Josh Magennis headed over a decent ball in from Ricky Holmes, who kept trying to engineer openings.

Best flicked over before a one-two with Aribo saw the striker denied at the near post but he picked up an injury which ended his involvement.

Magennis clipped the top of the bar with a header while a strong Karlan Ahearne-Grant cross just fizzed over the top of Mark Marshall.

Marshall dinked in a delivery which Magennis headed straight at Tomas Holy, who quickly recovered to get a hand to the ball before Ahearne-Grant.

Finally Charlton did cut the deficit. Holmes’ corner was guided home at the near post by Aribo.

The substitute had another opportunity as Magennis nodded the ball down for the young midfielder but his bearings were off as he struck wide of the target.