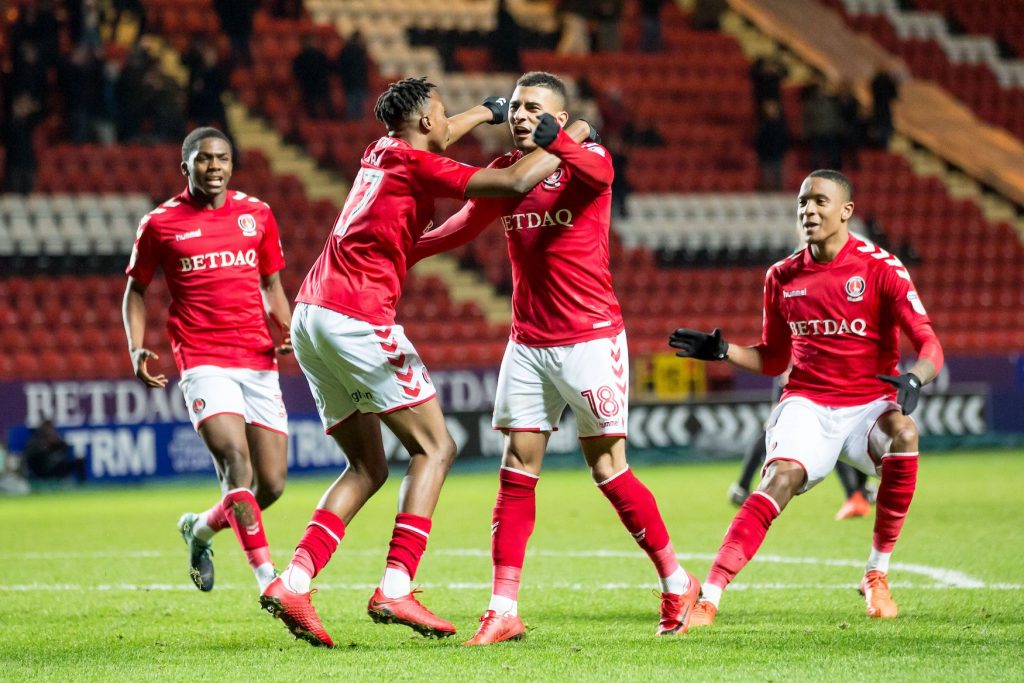 Charlton staged a dramatic injury-time comeback as they rescued a point at home to Peterborough United.

The visitors seemed to be cruising to victory as goals from Gwion Edwards and Jack Marriott had opened up a 2-0 lead by the hour-mark.

But a penalty kick from Ricky Holmes followed by Kalan Ahearne-Grants first league goal since September 2015 salvaged the most unlikely of points for Karl Robinson’s men.

Charlton announced the signing of trialist Leon Best on a short-term contract shortly before kick-off and the former Newcastle man came straight into the starting line-up.

The hosts came close to the perfect start. Josh Magennis, playing on the wing to accommodate Best up-top, won a corner after four minutes. The set-piece was pulled back to Holmes on the edge of the area, whose powerful attempt was headed off the line by Anthony Grant.

Ben Amos fended off a low Marcus Maddison effort from a tight angle before the Addicks stopper was called into action once again – standing up well to thwart Marriott as he bore down on goal.

The Posh made the most of their early momentum as they took the lead on eleven minutes. Maddison swung a dangerous free-kick into the Charlton box, with Edwards lurking at the far-stick to turn it into the roof of the net.

The Addicks were nearly level within ten minutes. Debutant Best collected a cross in the area and laid it off to Magennis, whose close-range shot was blocked by Jonathon Bond – with Jake Forster-Caskey flagged offside as he attacked the rebound.

Mark Marshall was also denied by Bond from eight yards out before Charlton were given a let-off at the other end, with Ahmed Kashi reacting well to block Leonardo da Silva Lopes’ shot after a poor Naby Sarr clearance gifted the Portuguese a chance eighteen yards out.

Amos adjusted well to deal with Marriot’s swerving drive, as the Addicks went in behind at the interval for only the second time at home in the league this campaign.

The Addicks keeper was called into action again early in the second-period, stretching well to tip Maddison’s effort wide, before the hosts suffered another set-back, losing Patrick Bauer to injury.

Ahmed Kashi volleyed well off-target after a free-kick was cleared to him on the edge of the Posh area, but the visitors doubled the lead just shy of the hour-mark.

Scorer turned provider as Edwards’s low cross was touched beyond Amos by Marriott to open up daylight for Grant McCann’s men.

Best lasted 70 minutes on his debut, replaced by Ahearne-Grant but the home side seemed to be struggling to find a way back into the contest until an injury-time comeback that matched QPR’s against Brentford last night.

Forster-Caskey was poleaxed inside the area as the clock ticked over ninety minutes. Holmes stepped up to fire into the roof of the net, giving the Addicks the faintest hopes of a point.

Those hopes turned to reality in the 94th minute. Holmes’ deep cross was nodded down by  Naby Sarr, where Ahearne-Grant turned the ball home to send The Valley into raptures.