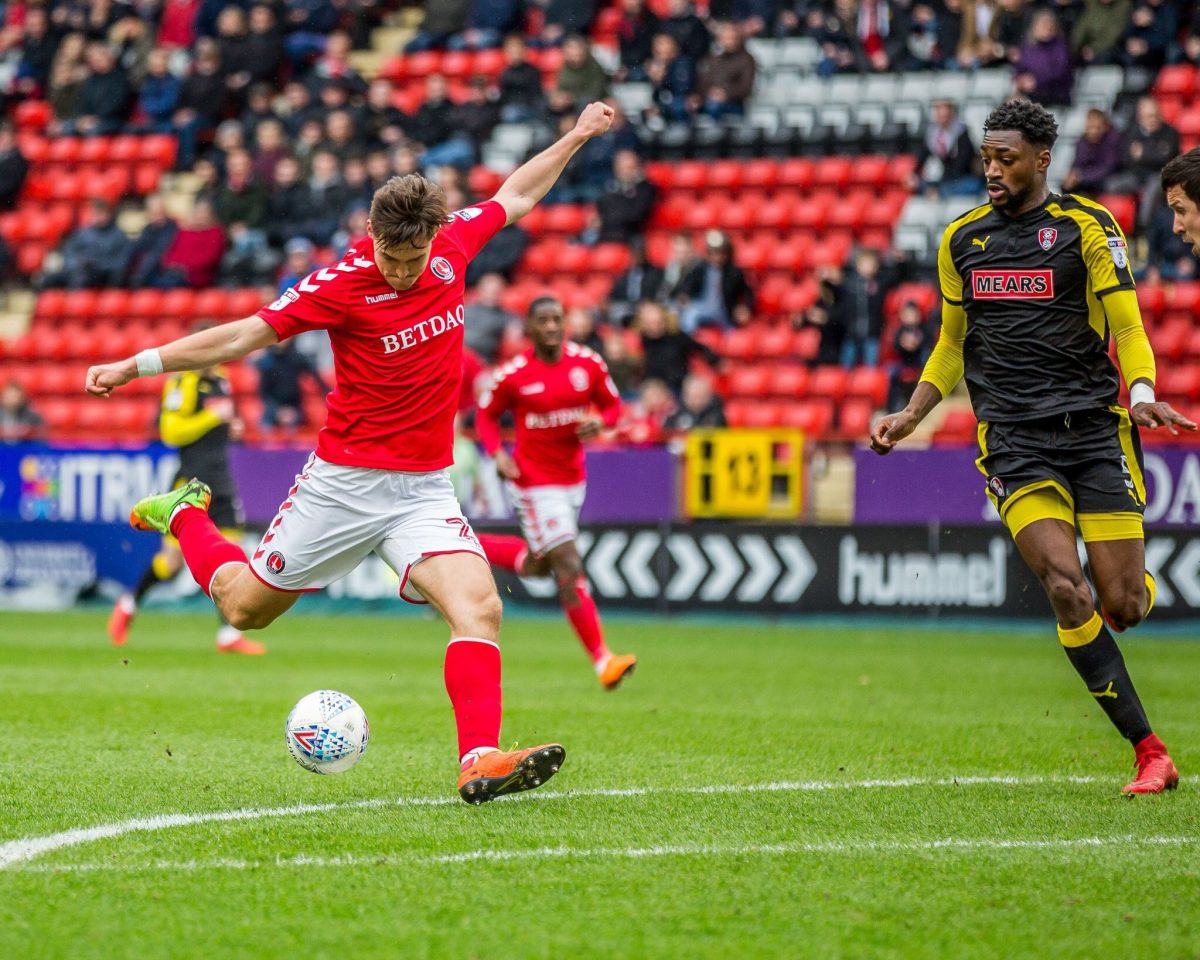 Charlton climbed back into the League One play-off places as Lee Bowyer’s perfect start to life in caretaker charge of the Addicks continued.

Paul Warne’s Millers came to South London eight points clear of their hosts – but Bowyer’s side blew them away with a hard-working yet attractive attacking display.

A first-half strike from Michal Zyro and a brace from Joe Aribo after the interval were enough for the South Londoners, despite Richard Wood’s late consolation.

The visitors almost edged ahead within 45 seconds. Joe Newell’s run on the left-hand side made space for former Addick Michael Smith inside the area. His pull-back was thundered against the crossbar from just outside the area by ex-Falkirk man Will Vaulks.

Vaulks had another sight of goal minutes later but side-footed over the bar from a similar distance to his first attempt, before Tariqe Fosu’s saw his free-kick suffer the same fate at the other end.

That would be the last meaningful contribution though from Charlton’s joint top-scorer Fosu, who soon limped off with what looked like a groin injury. Palace loanee Sullay Kaikai came on in his place.

A moment of huge controversy came just beyond the twenty minute mark as referee Graham Horwood awarded Charlton a penalty before changing his decision on the advice of his assistant. Former Addick Richard Wood handled a deep cross in the area, but the flag had gone up on the near-side as the assistant spotted a push by a Charlton man.

The perceived injustice rallied Bowyer’s men and they lead soon after. Zyro, who had already seen a header kept out by Marek Rodak, collected Josh Emmanuel’s loose header and powered home from the edge of the area, making it consecutive home games in which he’s found the back of the net.

The Addicks held their lead until the interval but home goalkeeper Ben Amos was called into action early in the second-period when Ben Purrington’s ball in was flicked straight at the on-loan Bolton stopper.

There was daylight between the two sides nine minutes into the second-half. Ben Reeves won a free-kick down the left-hand side, with Forster-Caskey’s set-piece nodded home by Aribo, who claimed his fifth goal of the season – all of which have come at The Valley.

His sixth soon followed. Aribo played a one-two with Nicky Ajose but still had plenty to do as he controlled the ball at an awkward height and drove at the edge of the box, before finishing via the underside of the crossbar.

The Millers gave themselves a glimmer of a comeback with just under thirteen minutes left to play. Michael Smith’s header was brilliantly clawed out by Ben Amos but fellow former-Addick Wood was on hand to bundle home from a yard out.

But Bowyer’s side weren’t troubled further – as they look set to attack the final seven league games of the campaign in fine fettle.