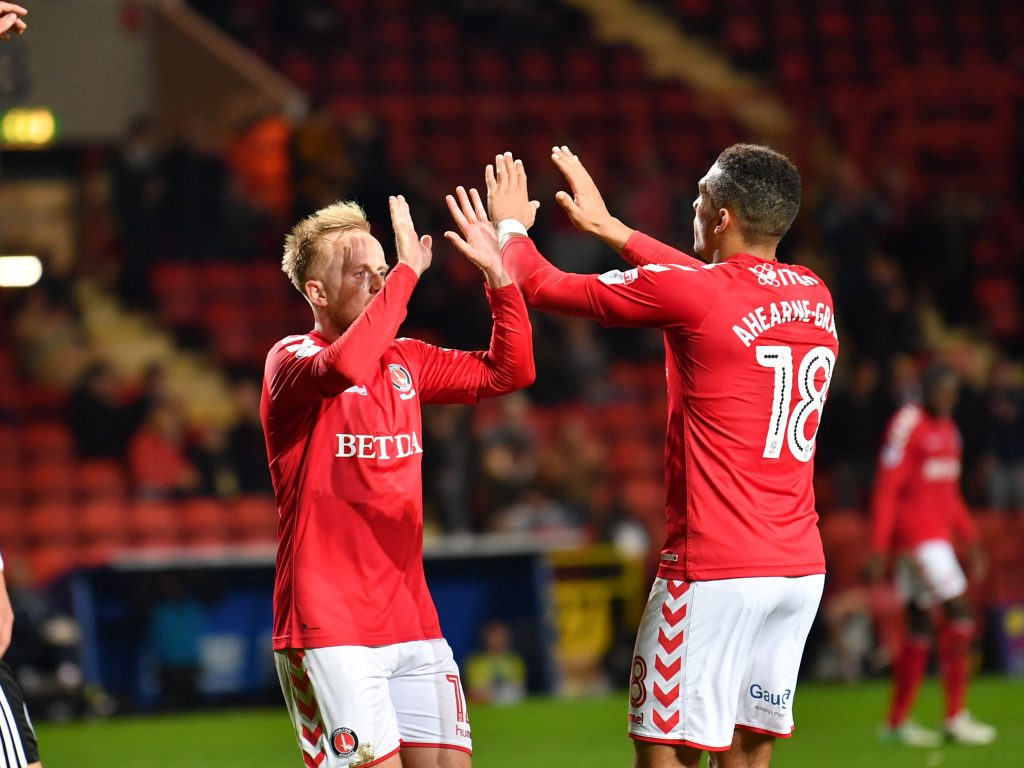 Joe Aribo and Joe Dodoo scored late goals for Charlton Athletic as they produced a late turnaround to defeat Fulham and qualify for the knockout stages of the EFL Trophy.

The Addicks were trailing 2-1 going into the final minutes of the contest.

Charlton set a record for the lowest ever attendance for a competitive fixture at The Valley. The crowd of  741 – with 67 from Fulham – was even lower than the 817 who attended the 1986 Full Members Cup tie against Bradford City.

Fulham had a dream start when Jon Dagur Thorsteinsson put them ahead with a fine curling effort from the edge of the box with just four minutes played. The Icelandic 18-year-old was a class act.

But the home side were level on the half-hour mark. Ben Reeves had already struck the base of the post from a tight angle but made no mistake when Mark Marshall’s deep cross was headed into his path by a Fulham defender.

Karlan Ahearne-Grant then headed a Marshall delivery narrowly wide of the back post.

The west London club moved back in front on 63 minutes. A counter-attack saw them break in numbers and Thorsteinsson threaded in Cameron Thompson on the left of the box, his shot took a deflection to loop beyond Addicks goalkeeper Dillon Phillips.

But Dodoo brought Charlton level just before the end of normal time. A Charlton corner was not cleared and the on-loan Rangers man headed beyond Magnus Norman.

It was to get even better for Kar Robinson’s side as Ahearne-Grant put in a low delivery from the left which fell perfectly for Aribo to tuck away his first goal of the season.