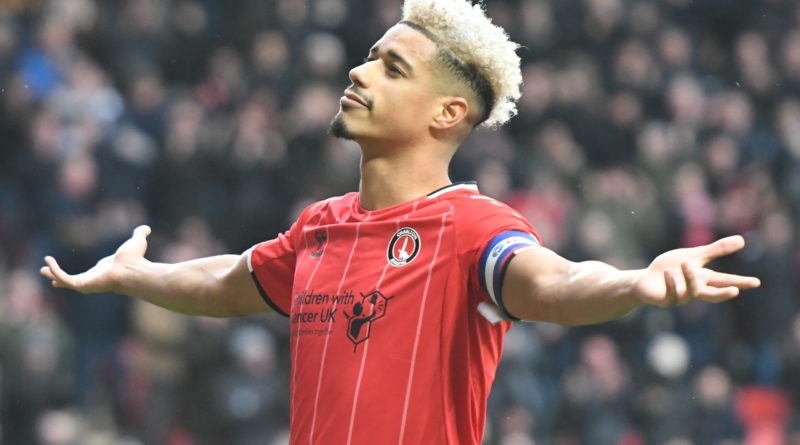 Charlton earned a big three points in their battle to avoid the drop from the Championship on an entertaining afternoon at The Valley.

But an inspired cameo appearance from academy graduate and Charlton fan George Lapslie helped tip the game in his side’s favour in the final quarter. The substitute won the penalty from which Taylor restored Charlton’s lead – before Lapslie added a third to seal the deal three minutes from time.

The win maintains the Addicks’ five-point cushion above the drop zone and prevented the rock-bottom Hatters from gaining any ground on Lee Bowyer’s men.

The South Londoners were the width of a crossbar from edging into the lead after a cagey start. A corner was worked short, with Erhun Oztumer sending a cross into the area. Naby Sarr controlled well before turning and hammering the ball against the bar and out.

Left-sided youngster Alfie Doughty forced Simon Sluga into a save at his near-post following a mazy run into the area – but a slow-moving game finally burst into life after 35 minutes.

Taylor, who had been on the receiving end of a barrage of abuse from the away support after winning a soft free-kick moments earlier, opened the scoring with a superbly executed turn and finish from the edge of the area. It was the forward man’s tenth strike of the season and he duly celebrated in front of the travelling Hatters fans.

Lee Bowyer had said during the week that the first goal in this game was going to be vital – but Charlton could only hold onto their advantage for barely a minute.

The Hatters worked the ball down the Charlton right. A low ball into the area was only half-cleared and Cornick drove the loose ball into the bottom corner.

Charlton needed to regroup at the break and they had a huge chance to take the lead shortly after the restart.

Oztumer threaded a glorious ball into the left-hand channel for Taylor. The forward squared for Andre Green but the Aston Villa loanee slide the ball wide with the goal at his mercy.

Bowyer threw academy graduate George Lapslie into the mix, in place of Deji Oshilaja, to add some energy into the midfield – and the move paid dividends almost immediately.

The midfielder, who had been out inured since November, saw a shot handled inside the area, with referee Andre Marriner pointing to the spot without hesitation.

Taylor scored from 12 yards and grabbed a brace in this fixture last season and repeated the trick – sending Sluga the wrong way with his trademark slow walk-up to the ball.

Luton huffed and puffed looking for a way back in but Lapslie capped off a perfect return to action with his first ever goal in league football three minutes from time.

The mop-haired youngster played a tidy one-two with Macauley Bonne before sweeping home from inside the six-yard box to make the points safe.