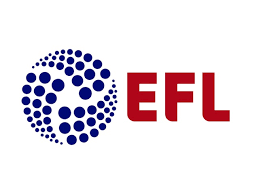 Charlton and Blackpool fans will take their protests against their respective clubs’ owners directly to the EFL on Friday, September 14th, with street demonstrations planned outside the league’s offices in London and Preston.

The Coalition Against Roland Duchatelet (CARD) is calling on Addicks fans to assemble at 55 Blandford Street, W1, at 12.30pm.

And it wants other football supporters, as well as London-based Blackpool fans, to join them.

Duchatelet, Charlton’s owner since 2014, is currently embroiled in a public dispute with Valley staff about unpaid bonuses, while attempts to sell the club have foundered because of his valuation.

He has been the subject a long series of demonstrations at matches since 2015.

Greenwich and Woolwich MP Matthew Pennycook described the situation at the club as “utterly shambolic” two weeks ago.

CARD said: “Football fans in general, and Charlton and Blackpool supporters in particular, continue to be extremely frustrated by the EFL’s apparent unwillingness to address serious issues of poor governance at some of its clubs.

“While we welcome the EFL’s recent holding statement on the situation at Charlton and the proposal to meet with both the club and the Charlton Athletic Supporters’ Trust, we need to see a great deal more urgency and focus.

“While the EFL is dragging its feet, Charlton remain in a state of limbo with no executive directors, no chief executive, no chief financial officer, and a caretaker team manager for the last six months. The administrative staff are up in arms because of the way they have been treated, while such day-to-day management as exists is implementing ill-considered, short-term decisions that rightly earn the derision of Charlton fans and the wider community. That cannot be allowed to continue.”

The London protest will begin at 12.30pm and the one in Preston at 3pm.

CARD added: “What is happening at our clubs could impact anywhere, so we will welcome fans of all other clubs joining us. The EFL appears to be little more than a trade association with decisions taken by the clubs for the benefit of the clubs. But without fans it is nothing.

“We call upon the EFL to step up to its responsibility to oversee the broader and long-term health of football in England. We need more than a charter, we need a binding code of conduct with real mechanisms to ensure enforcement. The EFL has access to a range of sanctions, including fines and bans. Whether it is prepared to use them to rein in rogue owners like Duchatelet is a question of competence and will.”