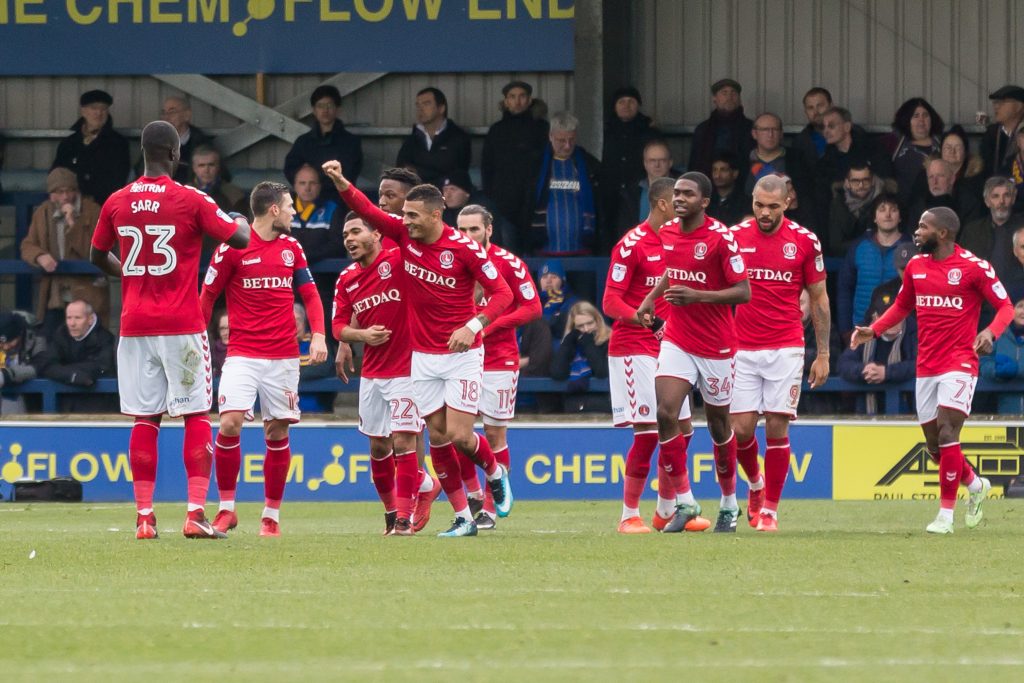 Karlan Ahearne-Grant is brimming with confidence after scoring two goals in as many games, writes Louis Mendez.

The 20-year-old Charlton academy graduate had failed to find the net in his previous 42 Addicks appearances, most of which came from the bench, before his late equaliser against Peterborough last Tuesday.

He followed up his dramatic leveller against the Posh with a poacher’s finish to haul the Addicks onto terms in the FA Cup tie at AFC Wimbledon – although they would eventually go on to crash out of the competition after losing 3-1.

“That goal gave me a lot of confidence,” said Ahearne-Grant of his goal against Peterborough.

“Today, I had a feeling that I was going to score. I just tried to stay in the box as much as possible. I had an early chance on my left foot from a tight angle, and I knew I would get another chance. It’s all about taking it and being in the right place at the right time, and I was.

“It’s good to get another goal. I’m trying to be a little fox-in-the-box at the moment.  But it’s disappointing to get the 3-1 loss. To get back-to-back goals like that is good. Disappointing about the result but hopefully I can just keep going and keep trying to be a nuisance in the box.

The Greenwich-born striker’s drought stretched back to September 2015, when he opened the scoring in a 2-1 Championship defeat at Cardiff. He had also failed to score in three appearances whilst on loan at Cambridge United.

But Ahearne-Grant always back himself to get back on the goal trail.

“As a youth player, I’ve been scoring up through the ranks,” he explained.

“Not scoring in however many games was hard for me. I was coming on at times and you felt like you ain’t going to score, so it was difficult at times. But I always believe in myself, I’ll keep believing in myself. I know I’ll get the goals because I’m confident. Hopefully you can see that I’m trying to get in the right areas. I’ve just got to keep going now. I’ve never doubted myself.

“My Mum was the main one for that – she was buzzing over [the goal against Peterborough]. That gave me an extra buzz as well but it’s all about trying to get going now and being disciplined, staying in the box because that’s where the goals come.”

The former England u19 man, who has been plying his trade as part of the three behind the striker for Karl Robinson’s side this term, hasn’t set himself any goal targets for the campaign.

“No, I just take each day as it comes,” he said when asked if he had any number of goals that he’s aiming for this year.

“Keep going and striving trying to get goals and wins as well. I’m just trying to take every day as it comes now. I want to keep going and keep my little form of goal-scoring going. “

“It’s weird because I play as a high ten – just behind Josh but when we’re defending I need to get back in and sit on the sitter. I’m enjoying it at the moment, I want to just keep getting minutes and hopefully getting results.”