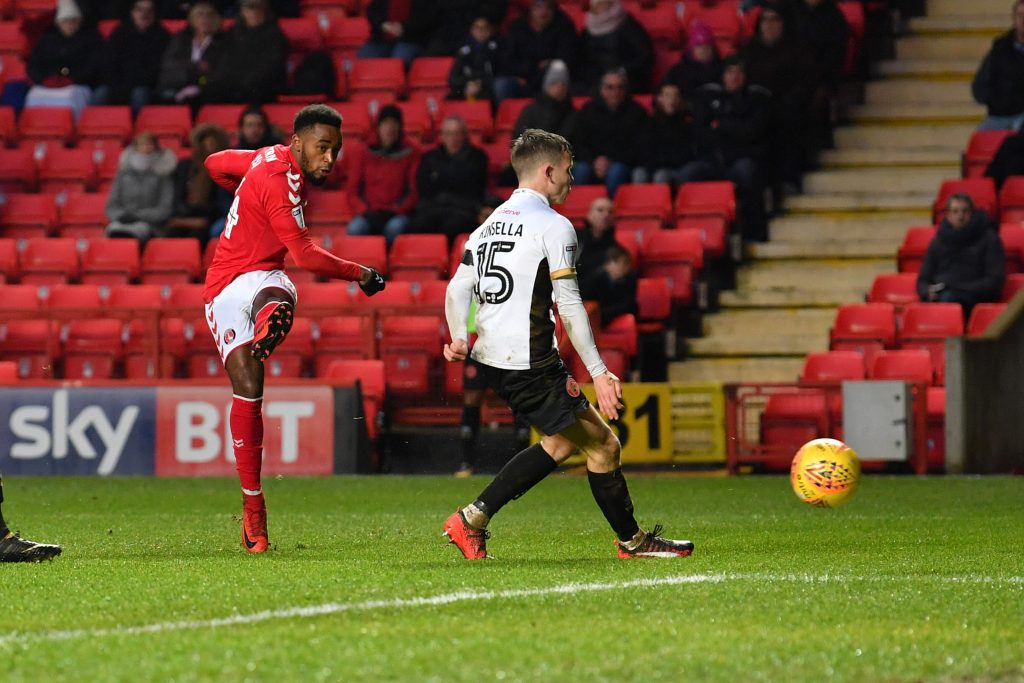 Karl Robinson admitted it was “great” to have Tariqe Fosu back as the winger came off the bench to help Charlton Athletic secure a third successive League One victory.

The wideman had been missing with a thigh injury but was brought on to replace Ben Reeves early in the second half.

The directness of Fosu and Stephy Mavididi, who scored the final goal of the afternoon, were major factors in the South London club securing maximum points.

“It is great to have him [Fosu] back,” said Robinson. “I said that in the little huddle we had afterwards.

“He has worked hard in the last 10-12 weeks and now he needs to concentrate on his football, keep his feet on the ground and work for his place in the team.

“We needed people to run between the lines. We managed to get into their final third a little quicker.

“We hit the bar and hit the post. It could’ve been a lot more clinical than it was.”