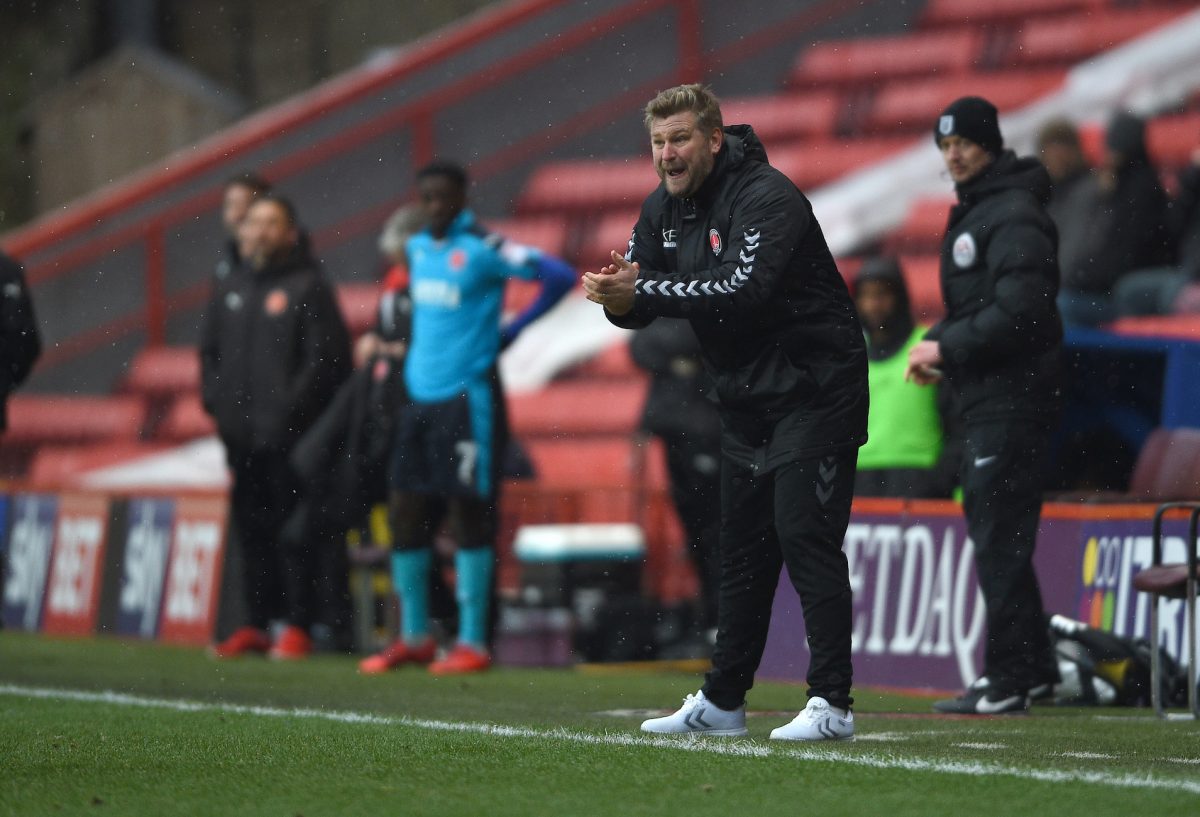 Karl Robinson’s future at Charlton Athletic is the subject of speculation – as he continues to be the strong betting favourite for the managerial vacancy at Oxford United.

The U’s have a new owner in Thai businessman Sumrith Thanakarnjanasuth and amazingly have not filled the boss post since sacking Pep Clotet in January.

Robinson’s situation is an interesting one. The Liverpudlian is disappointed that there was a lack of investment in the squad during the winter transfer window.

In the end the Addicks sold Ricky Holmes – their most consistent attacking threat – to Sheffield United and only replaced with loan signings in Sullay Kaikai, Stephy Mavididi and Michael Zyro.

Robinson, 37, is the longest-serving manager during Roland Duchatelet’s hugely unpopular spell in charge and has made significant cuts to the wage bill with the likes of Jorge Teixeira, Tony Watt and Lee Novak all moved on.

The Liverpudlian was promised funds to spend if he had Charlton in contention for the League One play-offs when the January window opened.

Instead Duchatelet’s desire to sell the South London club ensured there was no major outlay.

It leaves it as a difficult backdrop in which to manage. Chief executive Katrien Meire has not been replaced, she joined Sheffield Wednesday in January, and there is a suggestion that both parties leading the way in terms of buying Duchatelet out would want a managerial change.

Charlton’s poor form has seen their hopes of a top-six finish badly slide. And Robinson received abuse after Saturday’s 0-0 draw with Fleetwood Town – smiling despite that and applauding the Covered End of the ground.

The poor turnout on the day did not stop those fans in attendance from dishing out stick to the likes of Josh Magennis, Mark Marshall and Kaikai.

“You can have your moan at half-time and full-time – not a problem,” said Robinson on Saturday night. “Criticise me as much as you want, I just want them to be there for the players.

“They tried everything they possibly could. Their technique wasn’t right – human error. Tariqe [Fosu] didn’t mean to hit the first man with two corners. We watched him practise yesterday [Friday] and he hit six on the money. Today he tenses up.