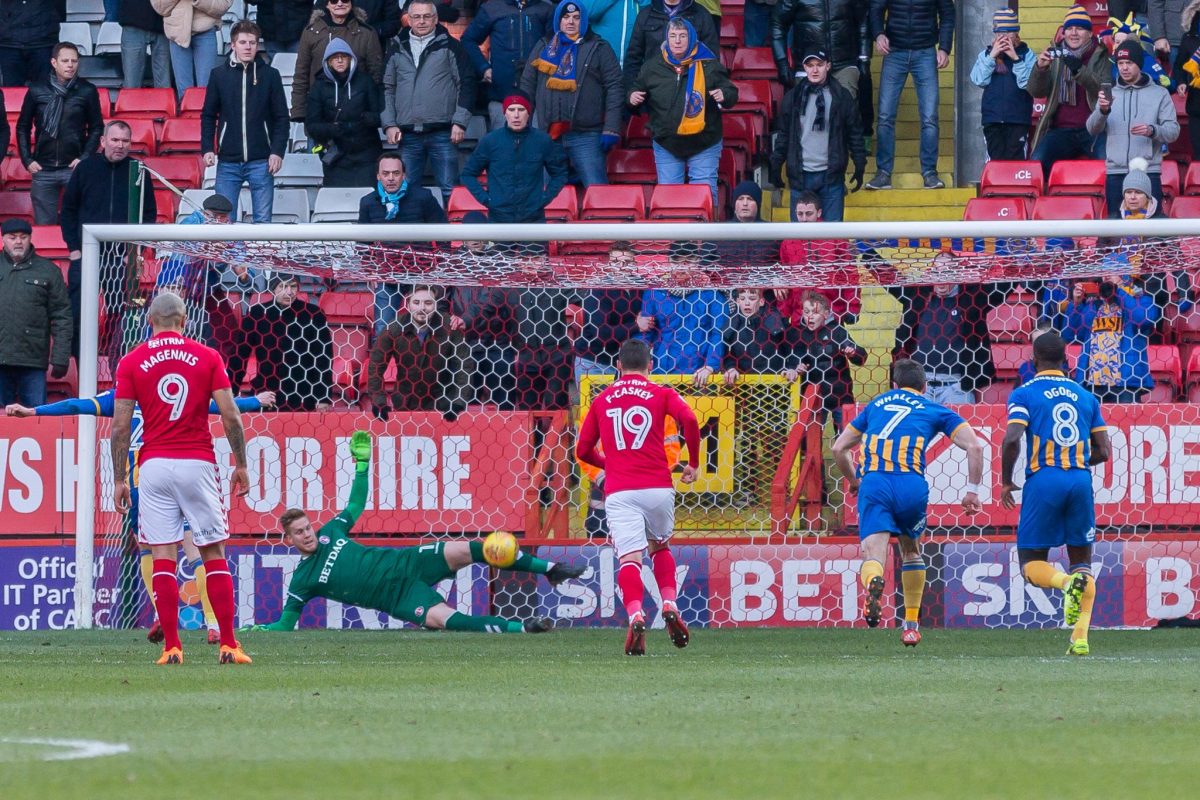 Karl Robinson felt his Charlton side failed to execute the game plan as they lost 2-0 at home to Shrewsbury today.

The Addicks struggled to get going and there were boos at the full-time whistle.

Robinson said: “We didn’t stick to a gameplan. Every single player lost their one-v-one duels.

“The game plan was to be more aggressive than normal and play forwards, get behind them because they are a very high-pressing team.

“That’s what they thrive on. We didn’t ask the players to play sideways and backwards – we warned them no sideways or backwards – all it would do is encourage their press and they squeeze by 15 to 20 yards.

“For some reason they thought they were better than they were. We were nowhere near good enough. They thought talent would over-ride their energy and honesty levels.

Robinson reject claims that his side got a wake-up call on the levels needed.

“No. We knew what the level was. They did exactly what I knew they would do. They didn’t do anything special, that I didn’t know.

“We played into their hands. We showed a bit of fight, it wasn’t like we laid down and died. It just wasn’t good enough.”

One thought on “Charlton Athletic boss: My players failed to deliver gameplan set out for them”