Nigel Adkins has revealed that all Charlton Athletic’s out-of-contract players want to extend their stays in SE7.

Technical director Ged Roddy and director of football Steve Gallen are key cogs in terms of building Charlton’s squad for the 2021-22 season.

“We released three [players] and the others I wanted to stay at the football club,” Adkins told the South London Press.

“They and their agents are in negotiation with Steve Gallen, who is representing our football club in those negotiations and our budget.

“All the players who are out of contract have a right to see what else is out there.

“They have all said to me they want to stay, which is a big thing.

“But the business side of it has got to be done in terms of concluding their contracts. All I can do is tell them I want them to stay – that they have got a place to be if they want to be here.”

Our paper broke the news that Portsmouth are chasing Jayden Stockley.

The 27-year-old’s preference is to join Charlton after a successful loan spell in the second half of the last campaign. 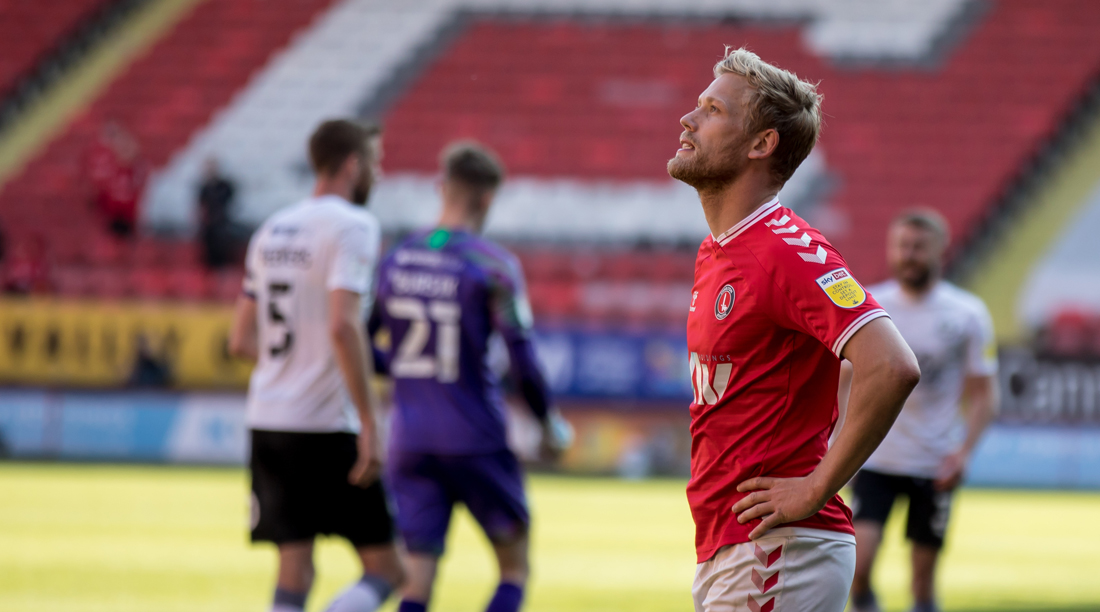 Stockley still has another 12 months remaining on his terms at Preston North End, who are demanding a fee for the centre-forward.

He scored eight goals in 22 matches for the Addicks and is determined to move back south.

Charlton have yet to make a signing. Ipswich and Bolton Wanderers have conducted the most business in the division, both bringing in three new faces.

“Recruitment is the biggest thing,” said Adkins. “I’m not on holiday.

“I’m available to speak to players all the time, because I understand just how important recruitment is.

“The club are well aware I want the team in place for the start of pre-season. But I have to understand, as well, that agents are trying to get the best deals for their players, because that is how they get paid.

“We’ve obviously got Steve Gallen, who is in negotiation with the players, the players’ agents and opposite clubs – because he is linked to the finances. Ged Roddy and his recruitment team identify players as part of a process as well. Data is used in a big way now – it’s the future of football, I suppose.

“There are a lot of conversations that go on, in the aspect of recruiting players.

“The character of the player if very important, as well as the data and athleticism.”

One thought on “Charlton Athletic boss Nigel Adkins: All our out of contract players want to stay”