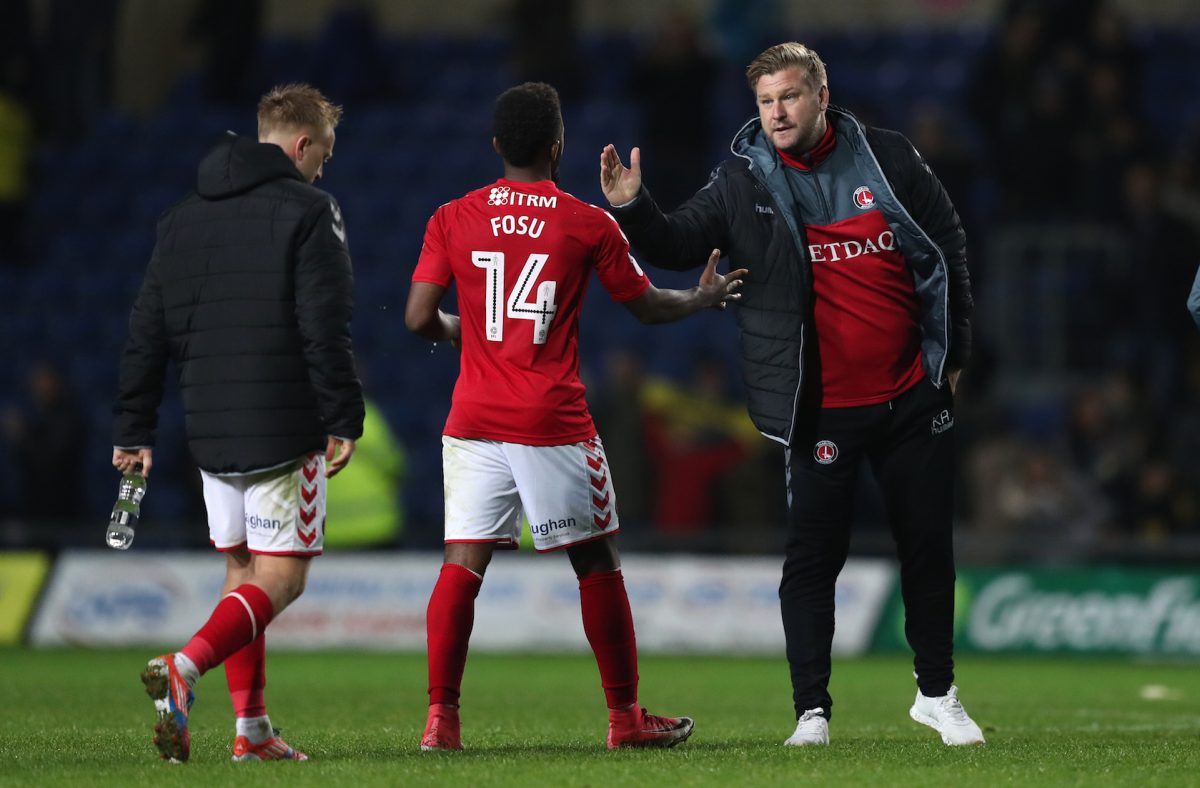 Karl Robinson claims he would not still be involved in management if he did not have the chance to work with maverick talents.

The Charlton manager has plenty of matchwinners in his squad with the likes of Ricky Holmes, Mark Marshall, Ben Reeves and Billy Clarke all springing to mind.

And exciting winger Tariqe Fosu took his goal tally to seven for the campaign when he netted in Tuesday’s 1-1 draw at Oxford.

“He’s a maverick,” said Robinson. “I love them. I’m attracted to them.

“I remember one experienced manager saying they can also get you the sack. But I believe they are what keep me doing this job. Without them it becomes mundane, it becomes predictable.

“We’ve got six – that’s the biggest worry for me. Tariqe is one of the finds of League One this season.

“The great performances and big events in football are normally produced by mavericks.

“Ricky came in [after the Oxford match had finished] and said ‘I love that’. The pleasing thing is he is coming off the pitch and enjoying the way we play.

“The only time I thought I would take a point was with two minutes to go. I just felt if we were to lose it would be a kick in our face.

“Before that we were looking to win and we looked the only team that was going to win it.”