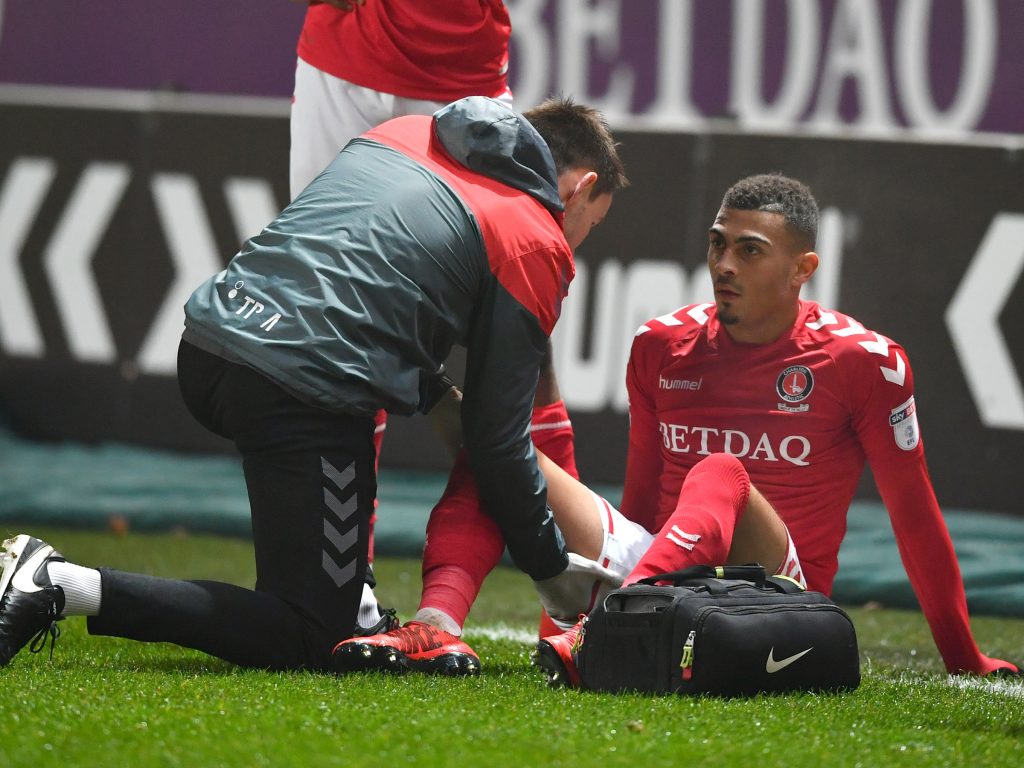 Charlton boss Karl Robinson does not expect to have any of his injured players back for Saturday’s match at Bury – with Karlan Ahearne-Grant a fresh doubt.

The 20-year-old produced a superb goal in last night’s EFL Trophy defeat to Oxford United but came off later in the first half.

Robinson said: “Hamstring. It’s not that bad because I made that decision [to take him off]. It just tightened up. That’s why [Ahmed] Kashi and Josh [Magennis] came off, because we’ve got a big game on Saturday.”

The Addicks manager had some positive news on key players potentially coming back into the mix for the January 23 trip to Shrewsbury, whose FA Cup run has caused them to be involved in a more testing schedule.

“Shrewsbury will go Sunday, Wednesday, Saturday and their FA Cup replay on the Tuesday, league on Saturday and us again on the Tuesday – they’ve arguably played the same players all the way along. They’ve not had the fixture congestion that could be occurring for them.

“By Shrewsbury we’d like to think the likes of Pearcey, Sols and certainly Tariqe [are back]. It gives us a few more days to see.”