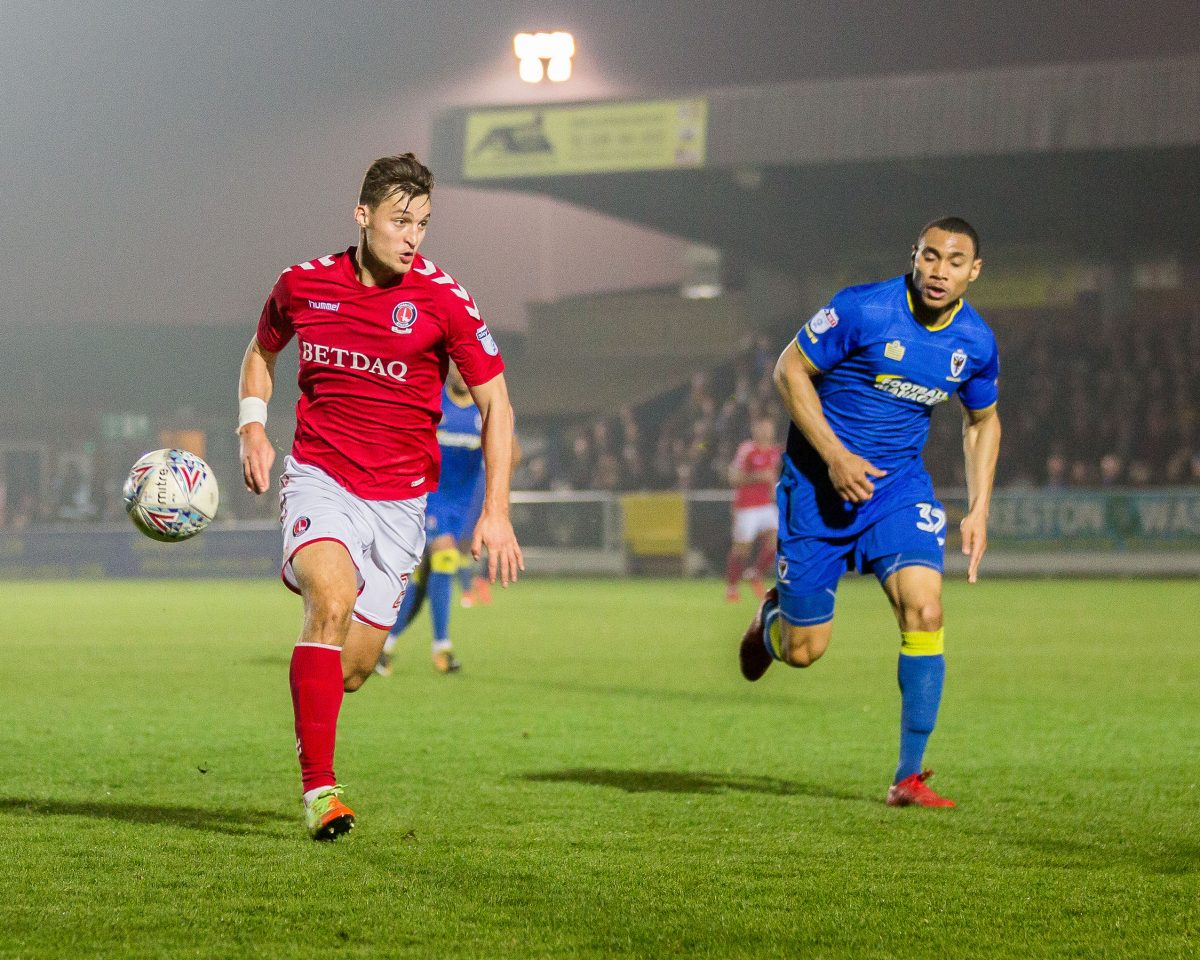 Lee Bowyer was left unhappy with Michal Zyro’s performance in last night’s 1-0 defeat to AFC Wimbledon – but admitted it could have been his mistake to give the on-loan Wolves man too many minutes.

The Polish striker has bagged three goals in nine appearances but was badly off the pace at the Cherry Red Records Stadium.

His front partner Stephy Mavididi was taken off in the second half but bringing on Josh Magennis and Nicky Ajose in that period did not rouse the Addicks, who failed to register a shot on target.

Bowyer praised the performance of Lyle Taylor – who scored the only goal – while also criticising his own forwards.

“Their two centre-halves outfought our two strikers,” he said. “You see Taylor – the number 33 – he was backing in, strong and knocking our defenders out of the way. Our centre-halves did well against him but still he didn’t lose the ball and when you do that around the 18-yard box you are going to have shots and create chances.

“Unfortunately our frontmen didn’t do that tonight.

“That’s what Taylor did and that was the difference tonight, for sure.

When it was put to Bowyer that Zyro looked unwilling or unprepared for the battle against a clearly fired-up home side, Bowyer replied: “Everybody knew what they were about – we showed them videos and how physical they are. He should be ready – on Saturday [at Bristol Rovers] they were just as rough. Every centre-half in this league doesn’t play any other way. They are all physical.

“Maybe because he hasn’t played no matches [in the first half of the season] he is physically tired, that could be it. Maybe I shouldn’t have played him 90 minutes on Saturday – but I know he can take a chance. When it comes to him, I know he will finish. Maybe that was my mistake, leaving him on the full 90 minutes.

“In the first three games I was fortunate enough to be able to bring him off with 20 minutes to go, so he was ready for the next game. But when you’re not winning and need a goal to win, you want to keep a striker on who can take a chance.”