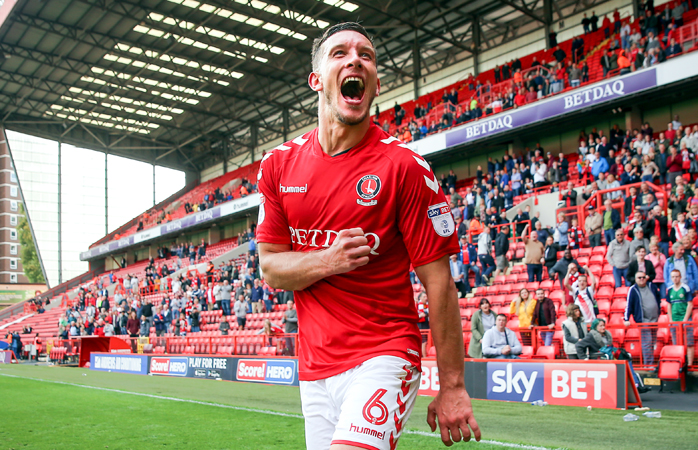 Jason Pearce is pushing hard for a starting spot tomorrow against Shrewsbury Town after playing 90 minutes against Ipswich Town under-23s on Monday.

The centre-back has been sidelined with a knee injury but replaced Patrick Bauer for the final 23 minutes in last weekend’s 2-1 win at Milton Keynes.

Asked if Charlton look more settled with Pearce in their backline, boss Karl Robinson said: “I would, because he’s a leader. The one thing we’ve lacked is communication. We have tried really hard to fill the void.

“It’s hard finding leaders. We probably had one of the best in Johnnie Jackson but he’s gone into a new role now.

“When Pearcey came on he calmed everything down with his first tackle, first header, first pass – it was everything you look for.”

Goalkeeper Dillon Phillips will miss the fixture in SE7 after suffering concussion against Ipswich – coming off worse in a collision with Pearce.

But Tariqe Fosu resumed training at the end of the week with Naby Sarr also in contention for a return to the matchday 18.

“I’ve got some big decisions about who to put on the bench,” said Robinson.

“I spoke to Stephy Mavididi at the weekend and he seems to be flying [in his recovery from a hamstring injury]. He had another scan, which we’re quite happy with. We’re a few weeks away from only having Billy Clarke out.”